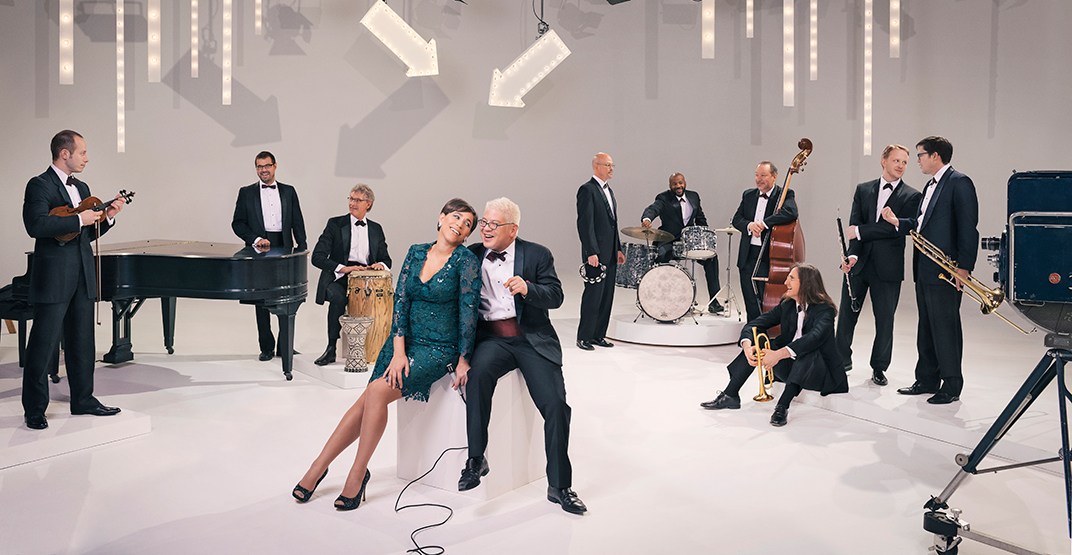 “If the United Nations had a house band in 1962, hopefully we’d be that band.”

Thomas Lauderdale sums up Pink Martini in a nutshell. The bandleader and pianist has seen his “little orchestra” grow into a worldwide phenomenon in the 25 years since it was founded, and now it’s your turn to see them live at the Orpheum on April 13, 2020.

Beyond achieving a worldwide sound, Pink Martini has created music that touches on important themes such as civil rights, affordable housing, the environment, libraries, public broadcasting, education, and parks. Their mission has lead them to play with more than 50 orchestras around the world and release songs in 25 languages.

Led by Lauderdale and China Forbes, his former Harvard classmate and collaborator, the band has released 13 studio albums on its own independent label, Heinz Records (named after Lauderdale’s dog). In total, they’ve sold more than 3 million albums worldwide.

The past two years have been especially busy for the band. In 2018, Pink Martini released the 20th Anniversary Edition of their debut album, Sympathique, which won critical acclaim for its song “Sympathique (Je ne veux pas travailler).” The track became an overnight sensation in France, ultimately earning the band a nomination for “Song of the Year” at France’s Victoires de la Musique Awards.

Tickets for Pink Martini’s Vancouver concert start at $45 (plus fees) and can be purchased online via Ticketmaster.

An Evening with Pink Martini