Fire crews are on scene in downtown Vancouver where a pickup truck is on fire outside Pacific Centre shopping mall.

It’s unconfirmed right now as to how the vehicle went up in smoke, but witnesses tell Vancity Buzz firefighters responded within minutes of the incident.

Traffic is being blocked off on Dunsmuir Street between Granville and Howe. 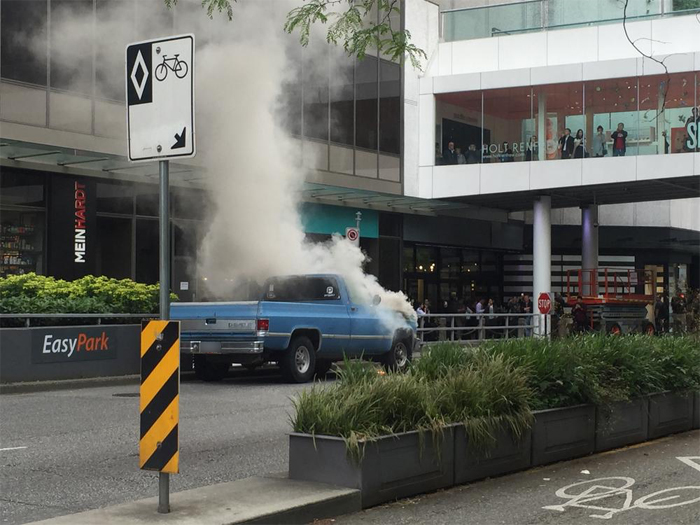 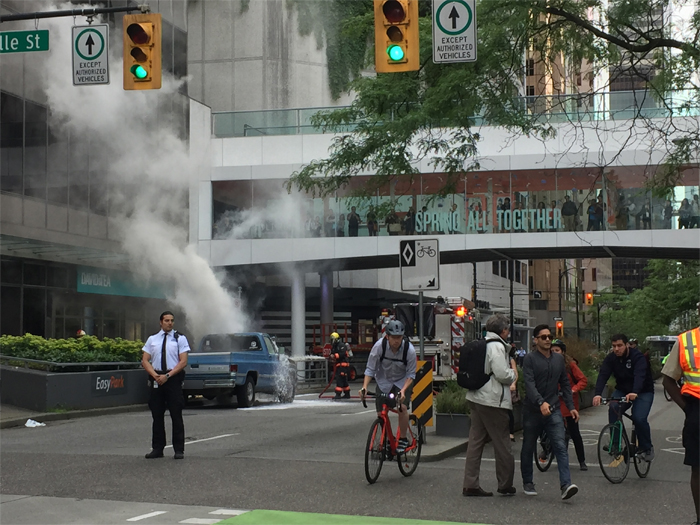 Nice scenery on my walk to work today. Didn’t appear that anyone was hurt. #604 #yvr #chevy