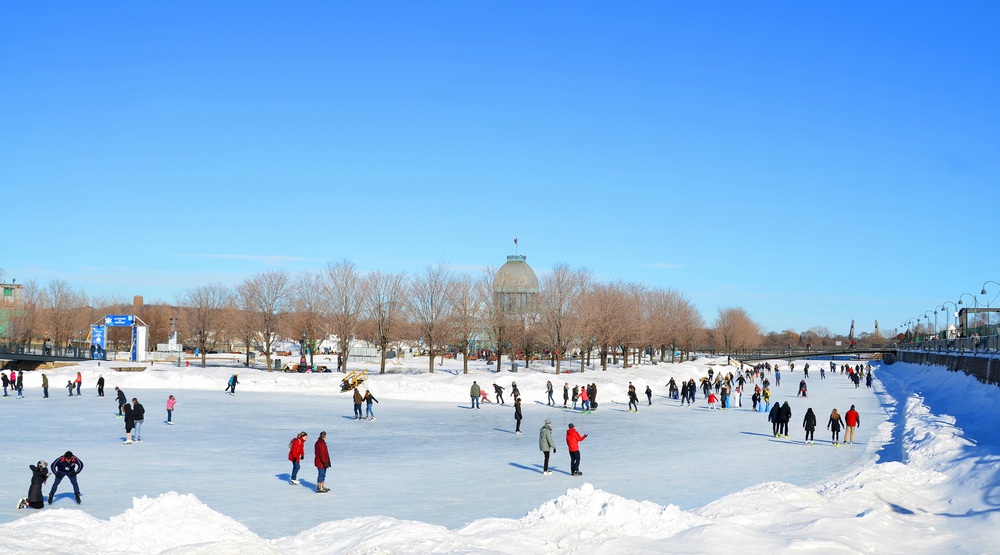 Yes, you read that correctly. If you see a piano at a public space in Vancouver, don’t confuse it for junk that someone dumped there. It’s the newest program coming to Vancouver’s outdoor public spaces.

Dubbed as Keys to the Streets, the project is organized by volunteers who have spearheaded the first free, public pop-up piano initiative in city public spaces. The pianos in use for this Vancouver project were donated and refurbished for play. It’s an idea that first came from Europe, New York, Montreal and Toronto.

The purpose of the project is to provide the public with an opportunity to explore their musical creativity and to enjoy the novelty of having a piano in the middle of a public space. The pianos are in outdoor areas exposed to the elements, but each comes with a rain cover in addition to a playing bench. Three pianos are available for regular play daily from July 1 to August 24, 2013 at the following locations:

A fourth piano is located at the 800 block of Robson Street just outside the Vancouver Art Gallery and is available for play from Tuesdays to Thursdays from 11 a.m. to 1 p.m. The hours for the Robson Street piano could be extended if it is a success.

It is definitely a great initiative for our public spaces. The pianos will be donated to a community organization for their own permanent use after the initiative ends on August 24. Let’s just hope that these pianos don’t get vandalized or damaged, we want this amazing public space project to return next year.

Map for the location of Vancouver’s four free, public pianos. Click on image for enlarged version. 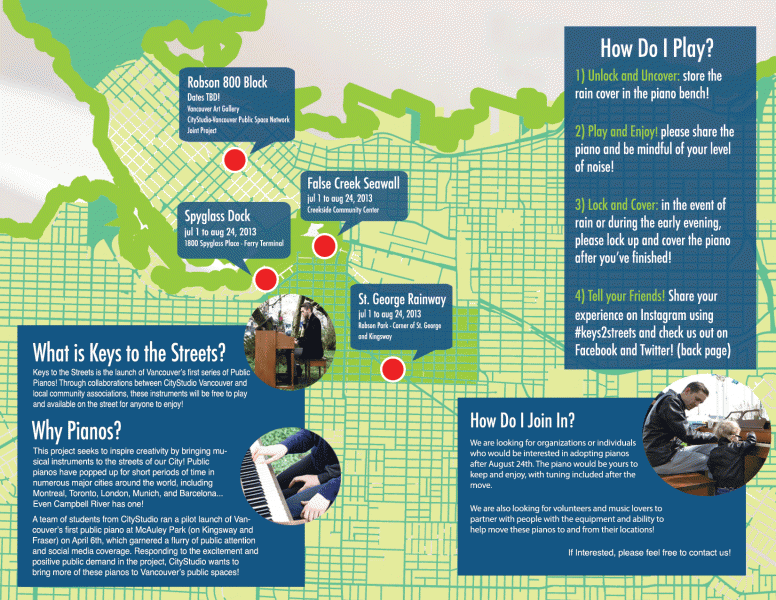 Image: Keys to the Streets