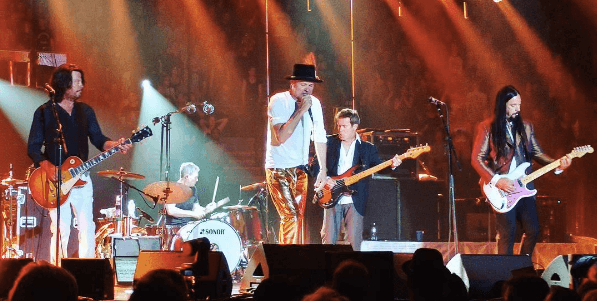 It was a sad farewell for The Tragically Hip as they played their final Vancouver concert at Rogers Arena on Tuesday night.

If you couldn’t make it to the final show of the Vancouver leg of The Tragically Hip’s farewell tour, check out these photos.

He is THE Man Machine Poem. Thanks a lot Gord. #TheTragicallyHip

Watch the band, through a bunch of dancers. #manmachinepoemtour #courage #thetragicallyhip