However, the Canadians were denied an early Spaniard upset on Saturday when Marcel Granollers and Marc Lopez extended Spain’s life, turning the best of five to 2-1 by beating Canada’s Vasek Pospisil and Daniel Nestor in the tournament’s doubles match. Today, Raonic will have the first opportunity to send Spain home with his singles match against Granollers. If Spain’s Granollers prevails, the ultimate tie breaking match of this Davis Cup elimination round will be played between Dancevic and Ramos. A Canadian win at UBC this weekend would be of historic proportions: this could be the first time Canada advances to the quarter-finals of the Davis Cup World Cup.

This is the second consecutive year the Davis Cup first round elimination tournaments have been played at UBC’s Thunderbird Sports Centre. This match is just one of the eight Davis Cup matches being played around the world this weekend simultaneously. See below for photos of Friday’s single tournaments, won by Canada’s Raonic and Dancevic in front of sell-out crowds of 6,000 people.

Update: Sunday, Round 4 – Canada’s Raonic defeats Spain’s Lopez (subbed in for Granollers) in straight sets, sending Canada to the quarterfinals to face Italy. 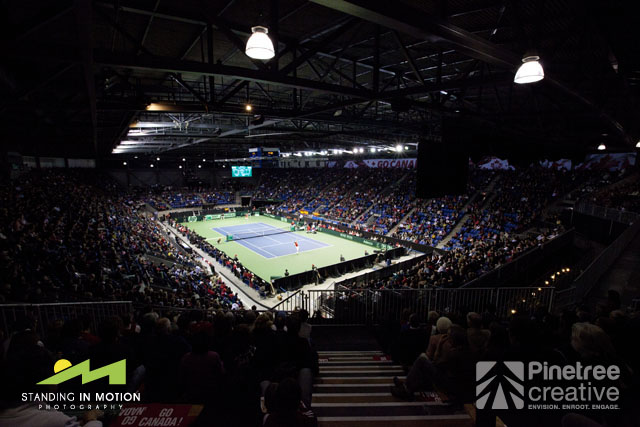 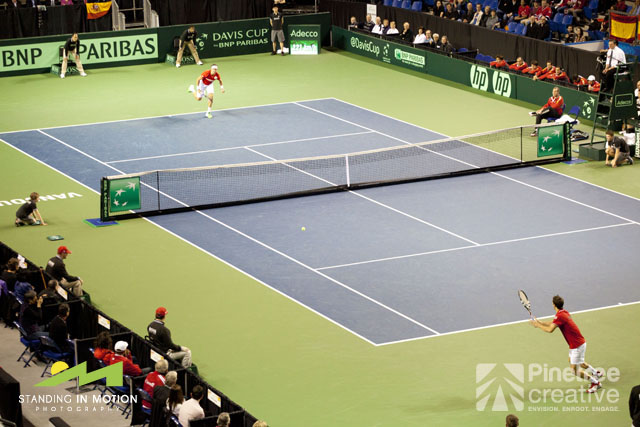 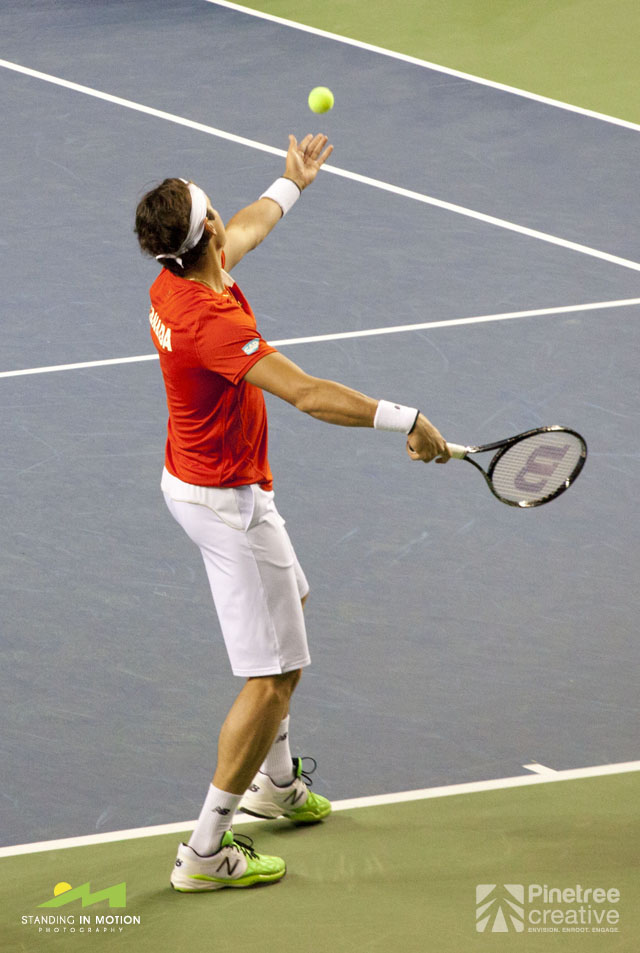 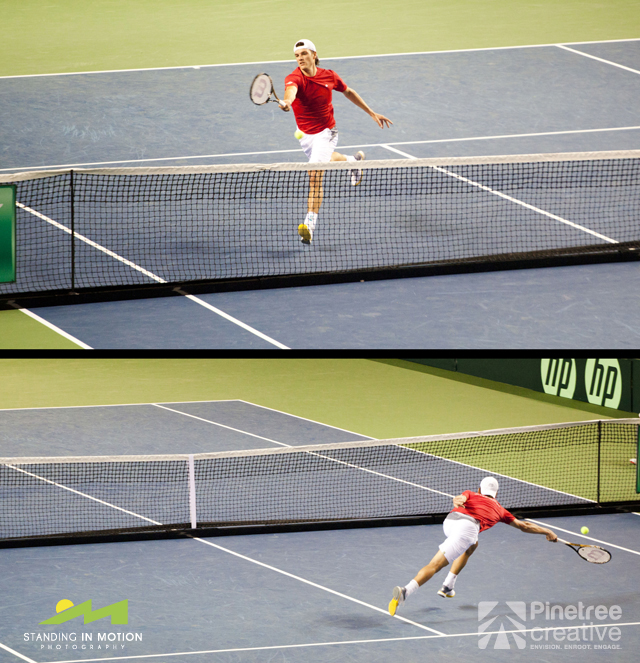 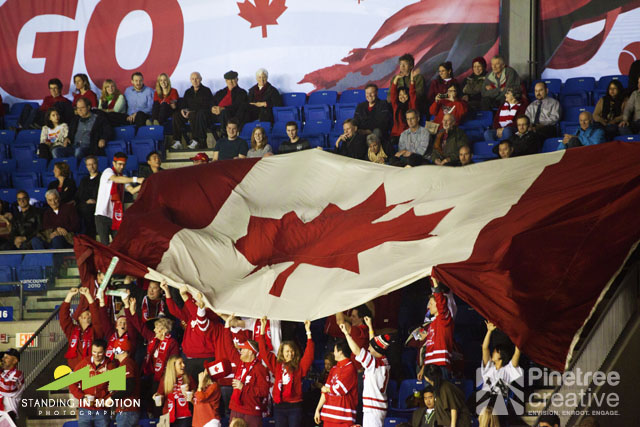 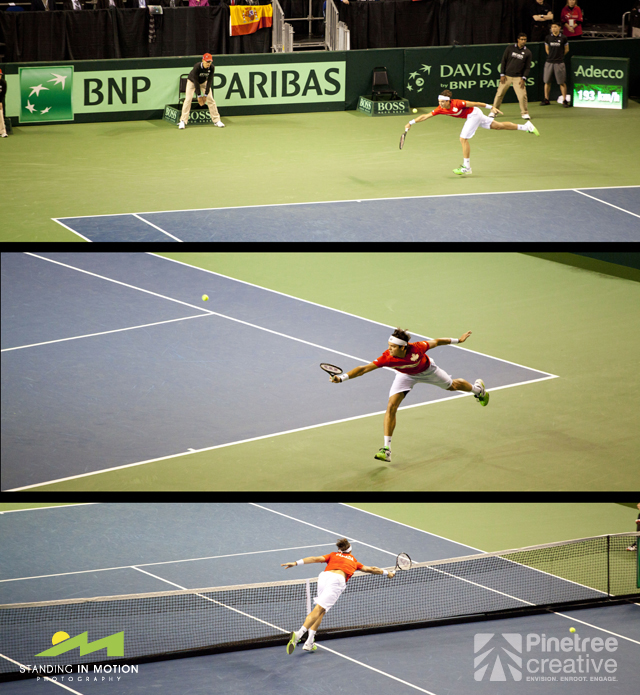 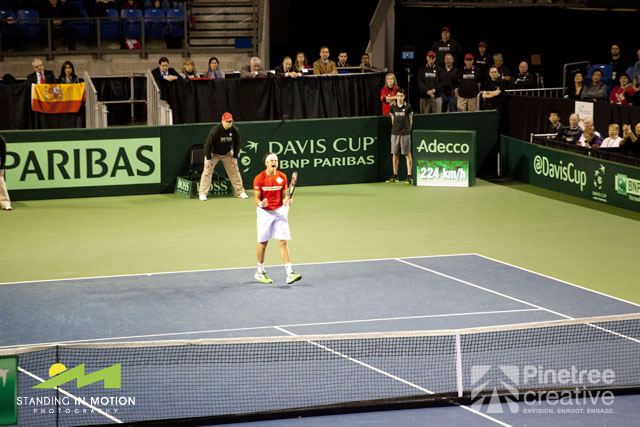 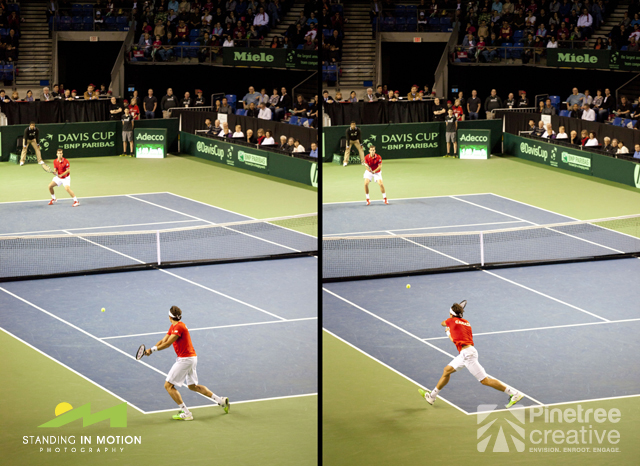 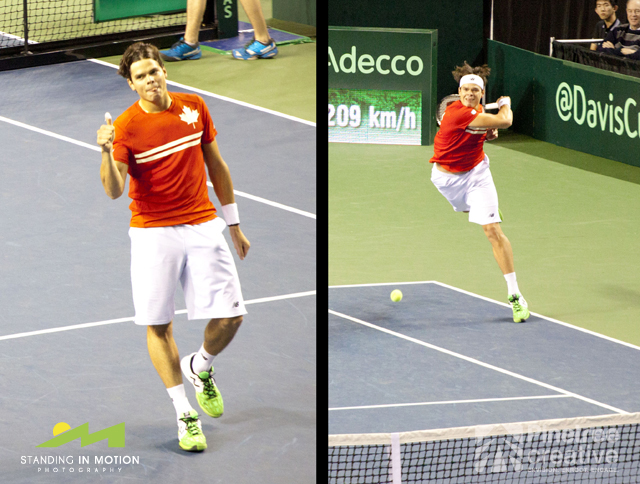 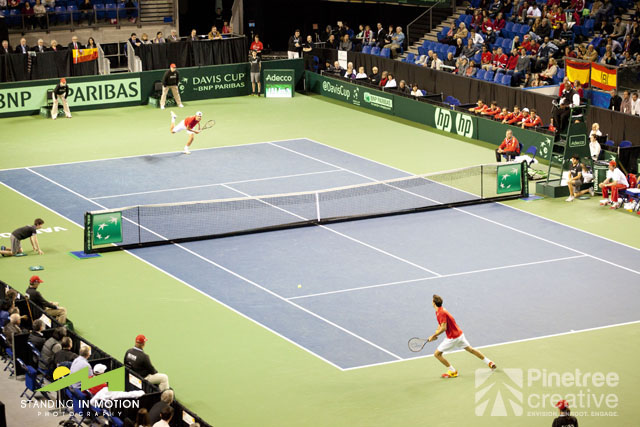 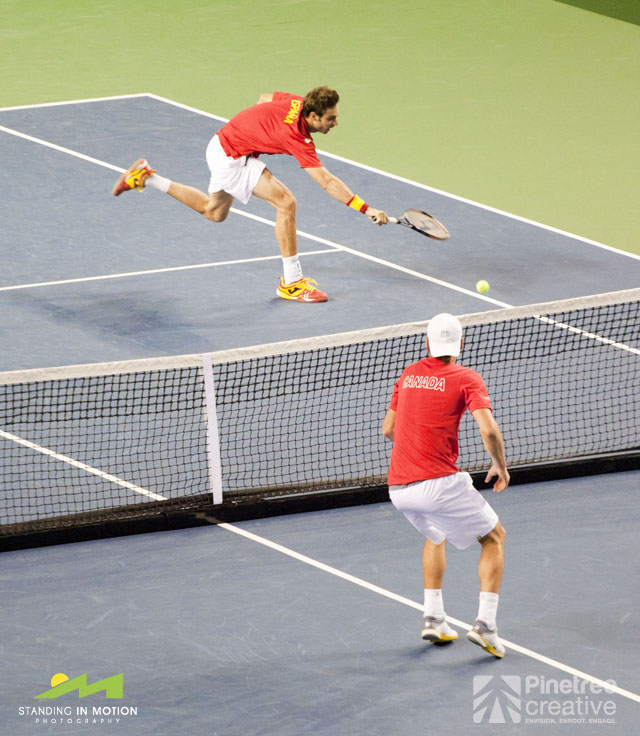 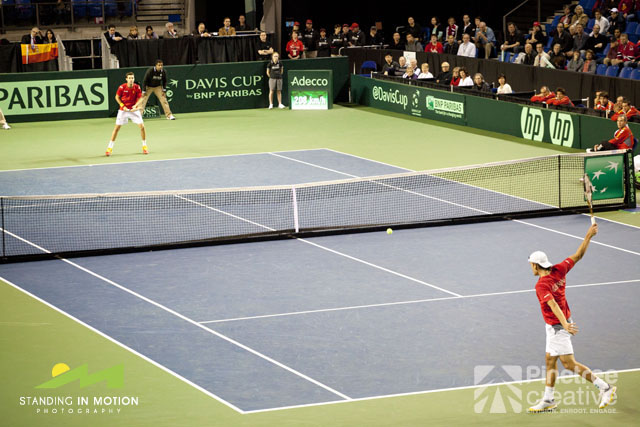 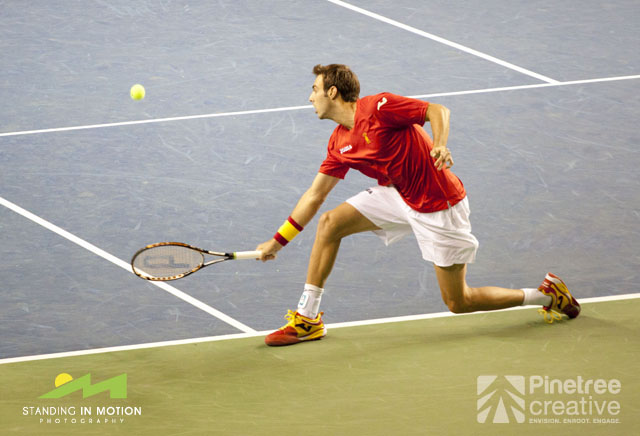 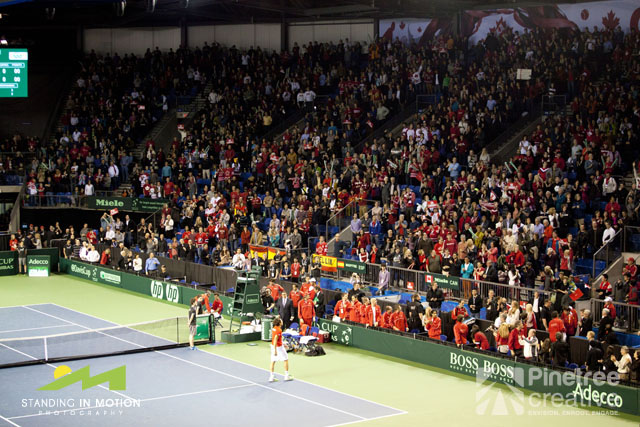 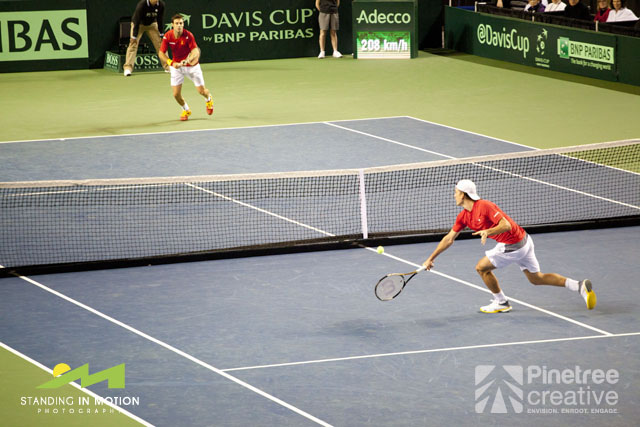 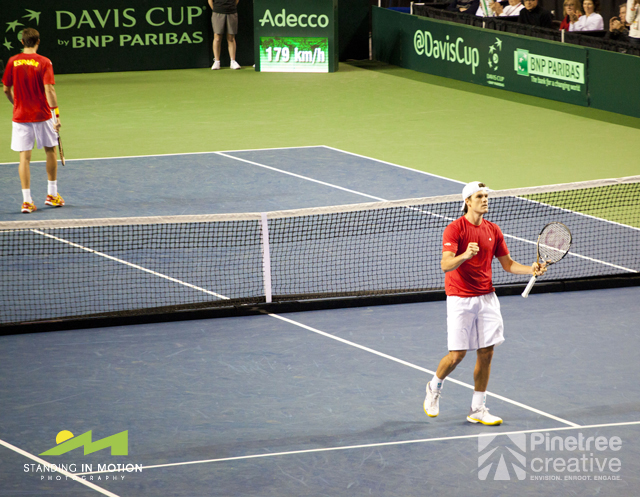 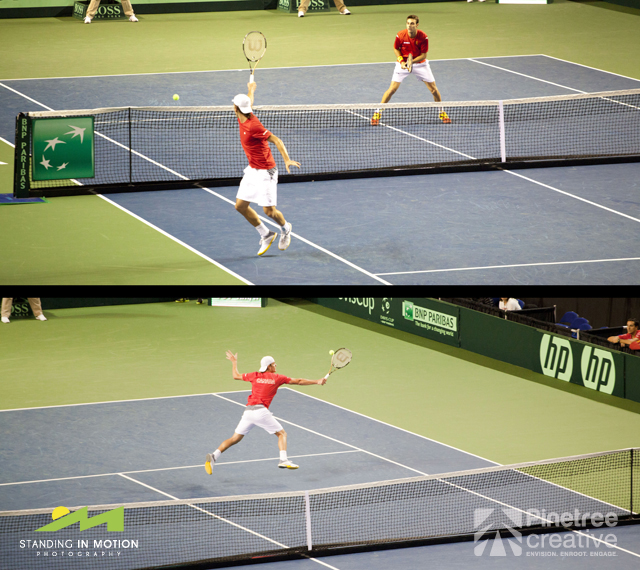 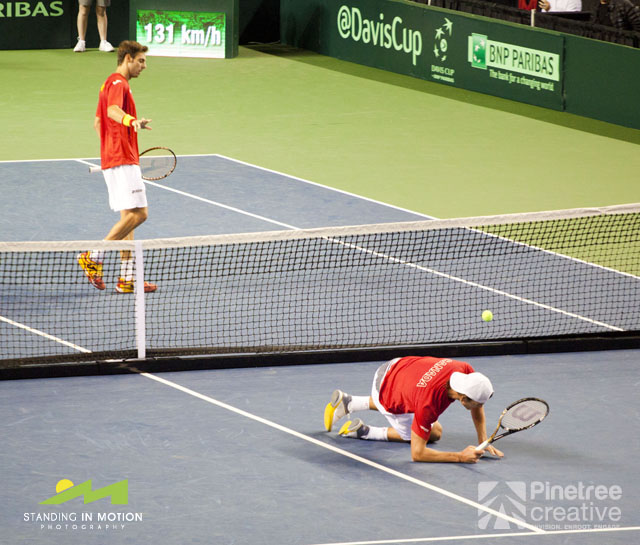 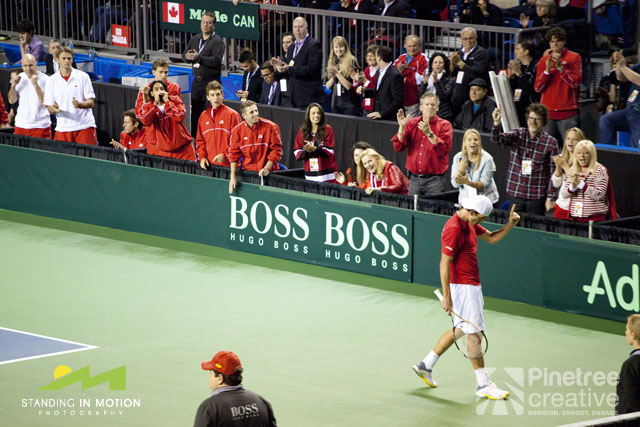 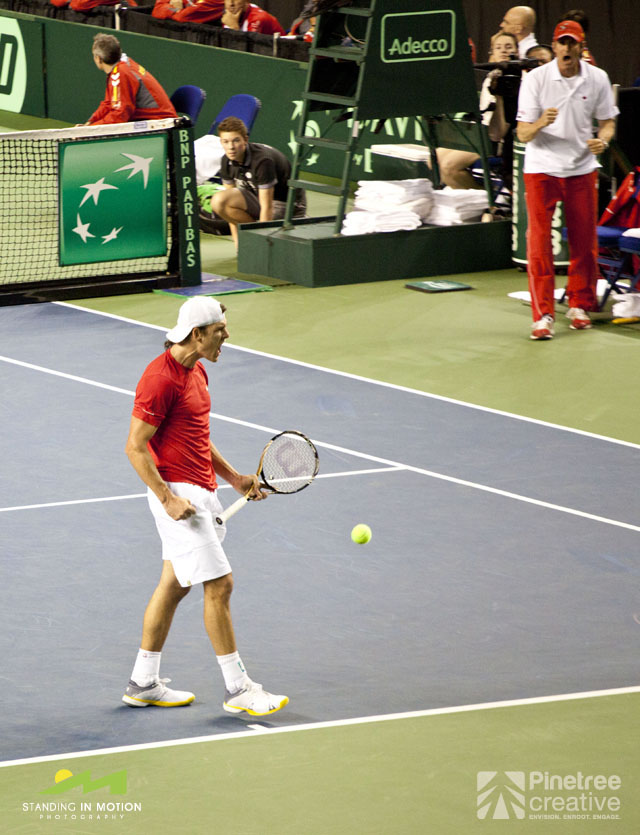 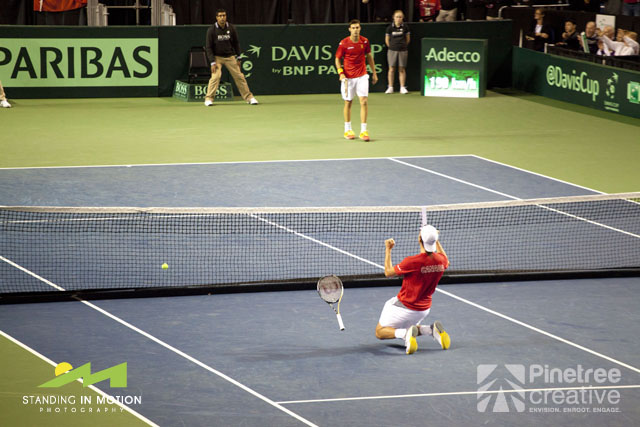 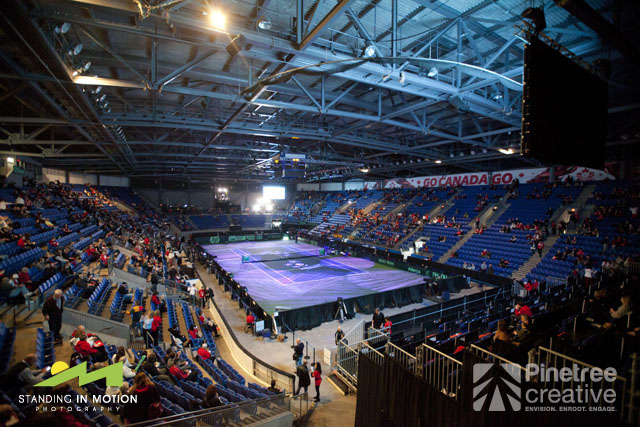 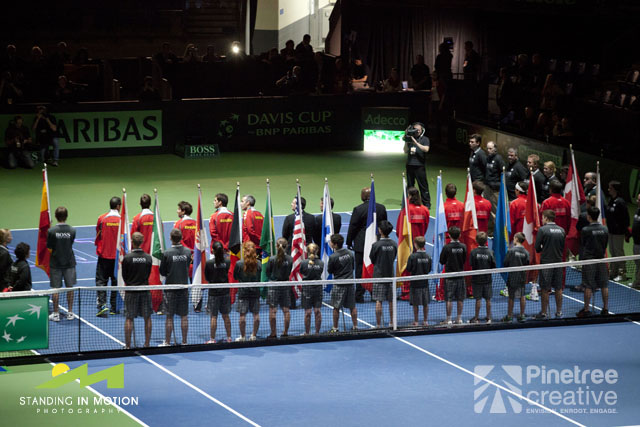