A photograph taken during Saturday’s wind and rain storm in Vancouver has gone viral, but not for the reason one might expect. The picture isn’t of a tree crashed over a roof or a downed power line; it’s a quickly captured moment from a distance after an unknown man proposed to his girlfriend on Kitsilano Beach.

The grainy but beautiful photo shows the couple’s silhouette caught in an embrace, cast in front of the darkening stormy sky. The photographer, Sepehr Rahmany, posted the image to his Facebook page early Sunday morning, saying “I took this photo tonight (Sat. Aug. 29th) at 7:45 p.m. at Kits Beach in Vancouver. The guy had just proposed to the girl and she had just said yes. There was no photographer or anyone around to document the moment, but I figured they might wanna have at least a small memento of this important event.”

Rahmany hopes that by sharing this photo, the couple will see it and have evidence of their romantic moment. 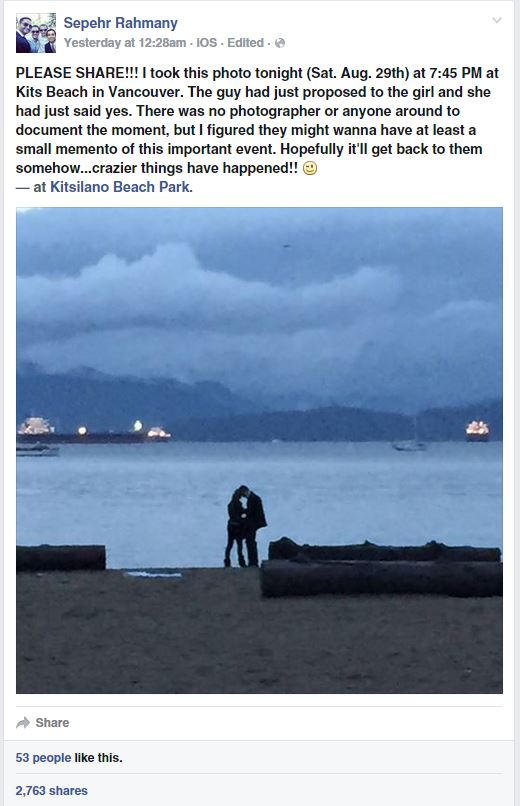