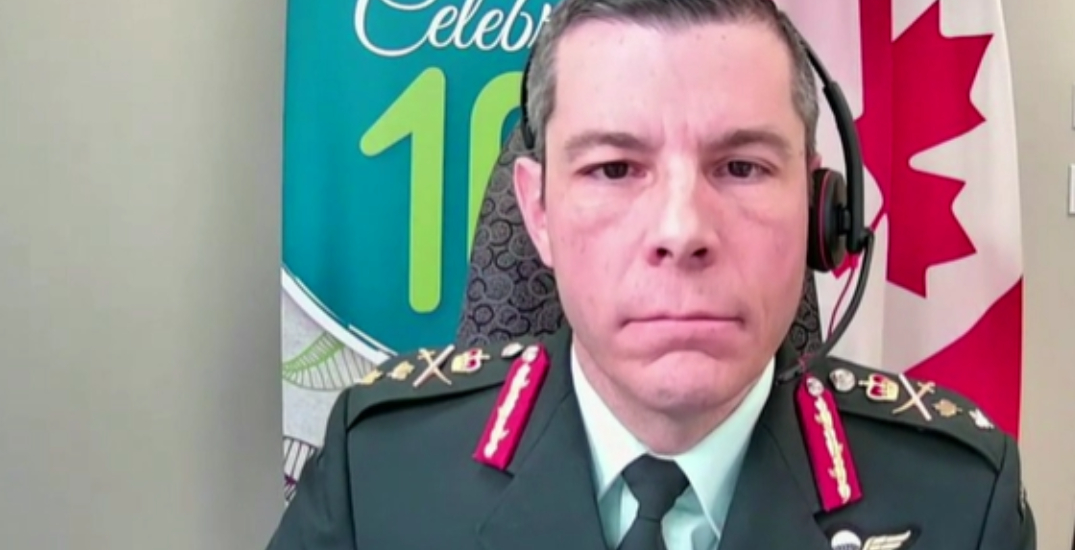 Health Canada is currently reviewing a request from Pfizer that would allow an additional dose of their COVID-19 vaccine to be extracted from each vial.

Currently, each vial of Pfizer’s COVID-19 vaccine provides five doses, but the company is asking that Health Canada change the label to allow for six doses per vial.

If that change is approved, there would be fewer individual vials sent to Canada, although the number of vaccine doses would stay the same.

Confusion ensued throughout a Thursday afternoon press conference as health officials attempted to clarify how many vaccines Canada can expect to receive.

Major-General Dany Fortin, the vice president of logistics and operations at the Public Health Agency of Canada, said that Pfizer has counted on Health Canada approving the six dose per vial change in their planning.

The country, though, is not taking any potential approvals into account, and has based their planning on each vial providing five doses of the vaccine.

As a result, several provinces have said that Canada will only be receiving 3.5 million doses of Pfizer’s COVID-19 vaccine by the end of March, rather than the four million the federal government has noted in the same time frame.

Fortin stated that, regardless of Health Canada’s approval, the company is contractually obligated to provide four million COVID-19 vaccine doses in the first quarter of 2021.

“Pfizer assured us four million doses by the end of March,” Fortin said.

Dr. Howard Njoo, Canada’s deputy chief public health officer, noted that it is “standard” for a bit of extra fluid to remain in a vial following a vaccination.

To be able to extract an extra dose per vial, Canada has ordered special syringes that minimize vaccine waste. A total of 40 million have been ordered, with the first shipment set to arrive next week, officials said.

Pfizer’s vaccine shipments have been delayed in recent weeks as the company works to expand its European manufacturing facility.

To date, more than 908,219 doses of approved COVID-19 vaccines have been administered across Canada.