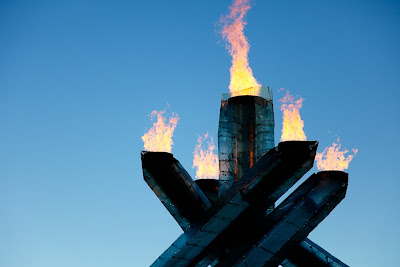 Ever since Facebook became mainstream, online petitions to a turn for the worse, with the majority of them being totally random and useless. Anyone remember the petition to change YVR to Terry Fox International? Their goal was to get 1 million members, currently they are at around 4300. However, once in awhile an online petition may work or at the very least catch the attention of the people in power to actually do something. This is one of them, it’s obvious B.C. needs a stat holiday in February and the Olympics provide the perfect excuse to do so. In fact I say that Vancouver should hold a week long festival, call it Vancouver Fest or something and have free shows with good Canadian bands in Yaletown, Robson/Granville and/or Robson Square.

An online petition is aiming to give B.C. a statutory holiday in February in honour of the 2010 winter Olympics.

Petition creator Kate Holmes is proposing the third Monday of every February be called ‘Glowing Hearts Day’.  “Having a day to help celebrate and remember our great Olympic experience, it sort of morphed into a provincial holiday, because I know lots of people in B.C. have been hoping for a February holiday anyway.  So, we just thought we could capitalize on that and really make it our own.”

B.C. doesn’t have a February holiday even though other provinces celebrate Family Day, Louis Riel Day and Islander Day.  The petition will be submitted to the Premier. [source]

Photo by Danieldoan from the Vancity Buzz Flickr Pool