On their four hours on-air each weekday morning, the hosts of the popular “Nat and Drew” 103.5 QMFM radio show are pretty much open books.

It’s one of the things listeners like so much about Nat Hunter, Drew Savage, Erin Davis and their producer Scooter: they’re so open about every topic – from celebrity couples to pop culture and children – you feel like you’re listening to a conversation with friends.

But there’s something you may not know about the hosts of one of Vancouver’s most popular radio shows: They’re huge animal lovers. Each team member has a dog, and Nat has three (!). 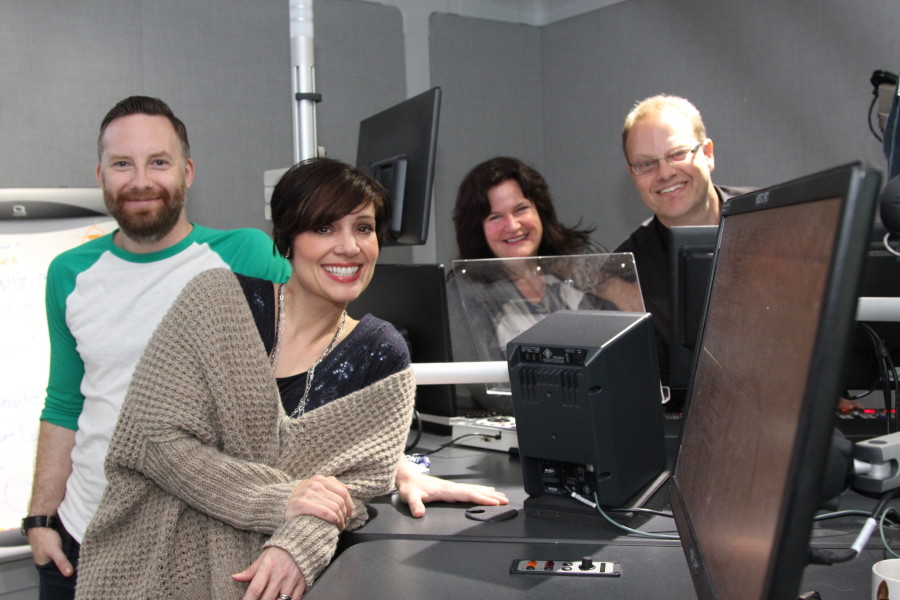 They created “Nat and Drew’s Pet Page” on Facebook to serve as a hub to showcase adoptable homeless animals, including lots of deserving seniors. It’s also a vehicle for pet owners and animal shelters to raise money for vet treatment for their four-legged friends. There are also insightful posts on animal issues affecting Metro Vancouver, as well as some amazing viral videos of heartwarming rescues. 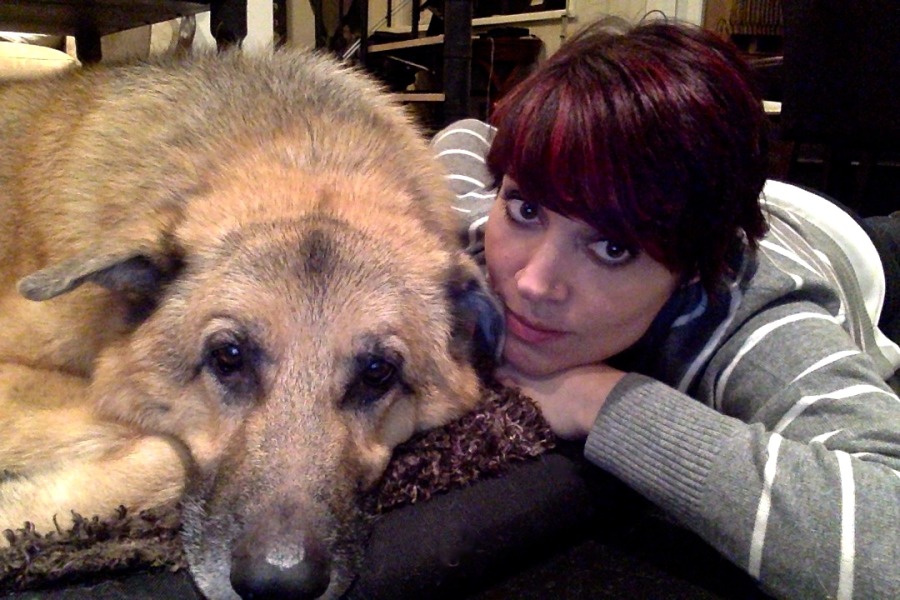 Host Nat Hunter chatted with Vancity Buzz to chat about her pet project, and why she’s becoming a crusader for overlooked and unwanted animals.

So Nat, why take on this project in the name of unwanted animals?

I sort of fell into it really. I have a couple of friends who work in local shelters and I would visit them at work, and then I would volunteer to take a dog for a walk, and then eventually I was fostering. It ended up becoming a passion. It’s a great feeling seeing an animal go from the shelter system into a home.

How to you choose what animals to feature on the page?

Sometimes we get a request from a shelter or rescue group. Sometimes we notice that an animal has been waiting a long time for a home so we try to shine the spotlight on him or her. I also have a soft spot for seniors. They tend to be the most overlooked animals in the shelter system. My heart just breaks to think the dog/cat/etc. was part of a family for years and was then dumped.

Sadly, it’s not uncommon for staff at shelters to come into work for the morning shift and find a dog has been tied to the gate and left there overnight, or a cat in a box has been placed on the doorstep. I’m not sure if there are hard numbers anywhere that would indicate the average age of these discarded pets…but anyone I’ve asked says middle-aged and up. 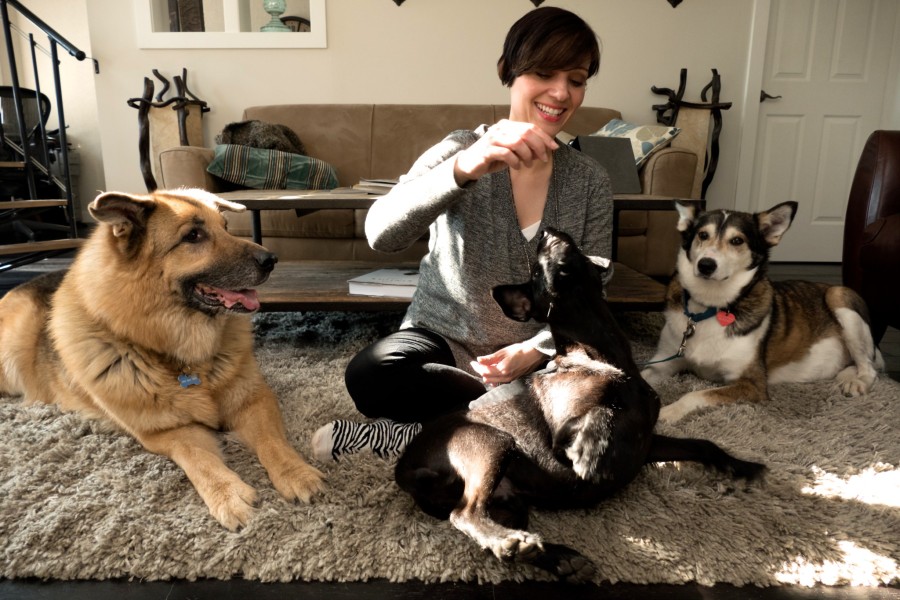 What rescue groups and shelters do you work with?

It runs the gamut, from the SPCA to Greyhaven (Exotic Bird Sanctuary) as well as breed specific rescues. The only posts we won’t do are from individuals looking to rehome their pets. We don’t have a system in place for vetting potential adopters so when those requests come in, so we’ll point the person in the direction of a rescue organization. 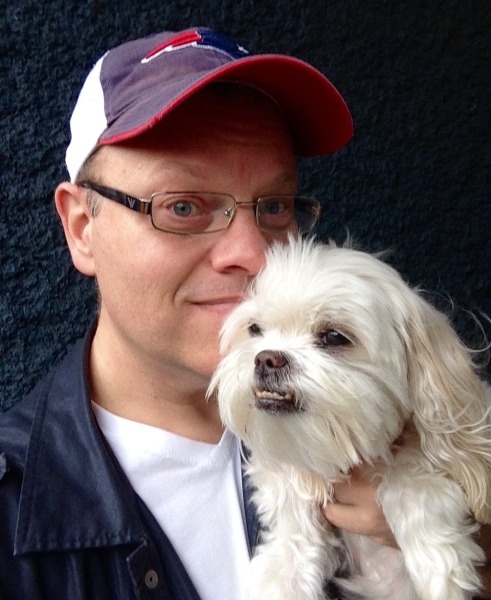 What are the biggest challenges you see for rescue groups working in B.C. right now?

I think that depends on where the shelter is located. For example, in Surrey and Langley there is a massive feral cat problem, in Northern B.C. shelters are overrun and there isn’t the population base of potential adopters, so when possible, animals are brought south. And of course, no matter what the location, there is always the issue of funding.

I just got my first rescue dog, and he’s great, but I know some people are still hesitant to adopt an animal with an unknown past. What would you tell someone who’s thinking of adopting?

No matter what your circumstance, there will be a shelter animal that will suit your situation. People often say, ‘We have young kids so we want to make sure we know the animal’s history.” I totally understand that, but reputable shelters and rescue organizations do extensive temperament testing, so even if there’s not a history on the animal, they know all the important things like whether the dog likes kids, how much exercise is required, does he or she like other animals etc.? In my mind, adoption is a much safer bet than buying a pet from someone who is just interested in the money. Shelters don’t want the animal to have to come back, so workers do their best to get the adoption right the first time. 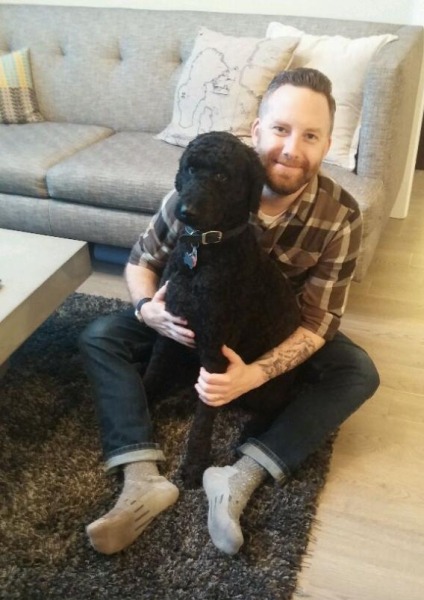 How can the average person get involved? If you’re not able to adopt an animal what else can you do?

There are so many different ways! Of course all shelters will welcome your donations, but if you are interested in a more immersive experience — many shelters and rescues are in desperate need of foster homes. These temporary homes can range anywhere from a few weeks to a few months. Many organizations also need volunteers to help exercise the dogs, and spend time with cats. Not a bad way to spend a few hours each week.

Visit the “Nat and Drew Pet Page” on Facebook. 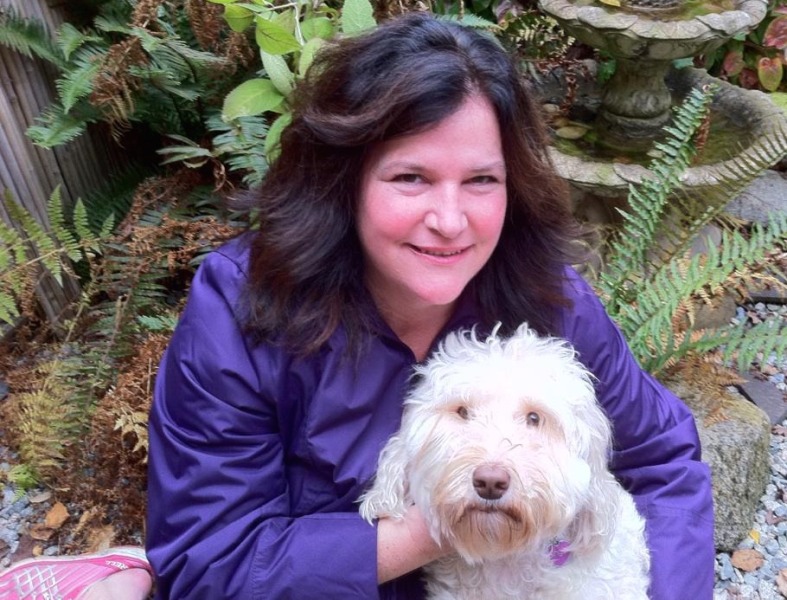 Erin with her Labradoodle Ginger. (Submitted)