Just in time for Pride Weekend, strips of decorative lighting illuminating the colours of the rainbow were installed above a three city block strip of Davie Street.

The fixtures run between the lampposts on both sides of Davie Street from Burrard to Jervis Streets.

According to the City of Vancouver, the permanent installation uses new energy-efficient LED lights that can be programmed to other variety of colours to recognize and celebrate special events throughout the year. When the lights are not marking a special event, it will glow purple.

The decorative light installation will also provide ambient lighting on the sidewalks to improve nighttime comfort and safety. 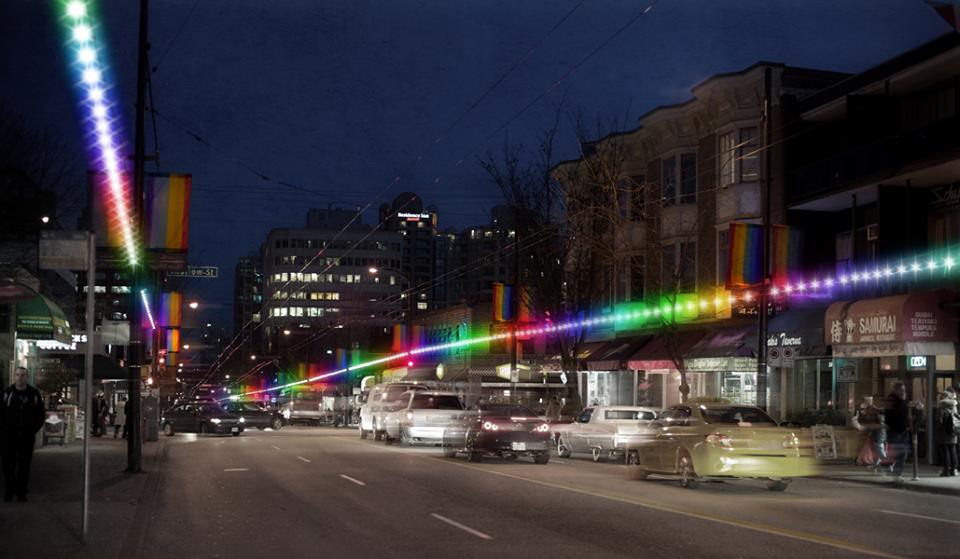 The project was a partnership between the City of Vancouver and the West End Business Improvement Association and is part of the recently approved West End Community Plan, a long-term plan to enhance the public realm of the neighbourhood and guide development activity.

Prior to last year’s Pride Weekend, the municipal government painted permanent rainbow crosswalks at the intersection of Davie and Bute Streets. Earlier this summer, Sandman Suites Hotel on Davie Village also showed off its Pride by permanently painting a rainbow on the building’s rooftop mechanical structure.

Other gay-friendly cities have also enhanced the public realm of their gay neighbourhoods with decorative elements. In 2011, Montreal lined a one kilometre stretch of Rue St. Catherine, where the gay village is located, with nearly 200,000 pink balls to produce a sense of place and enclosure. During the summer months, the street not only looks ‘gayer’ but also appears narrower and busier than reality. 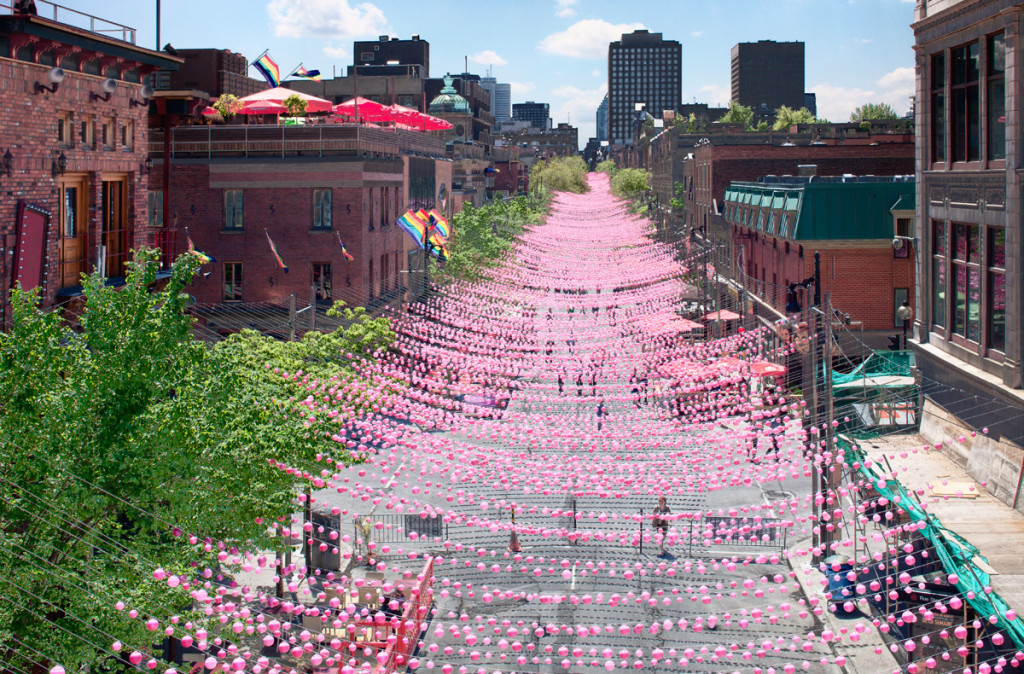 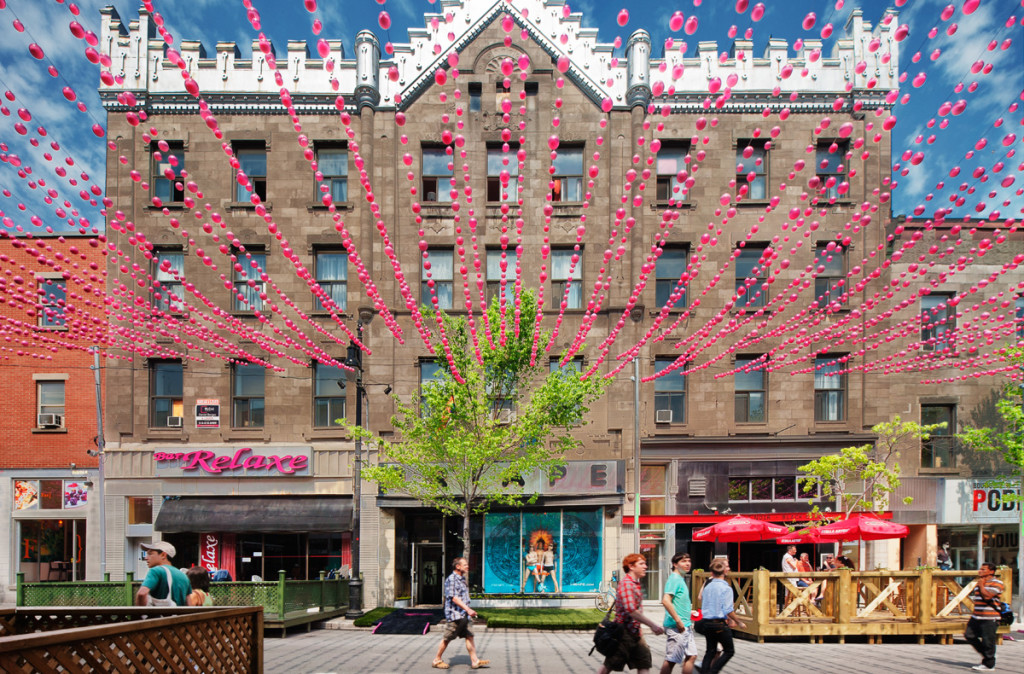 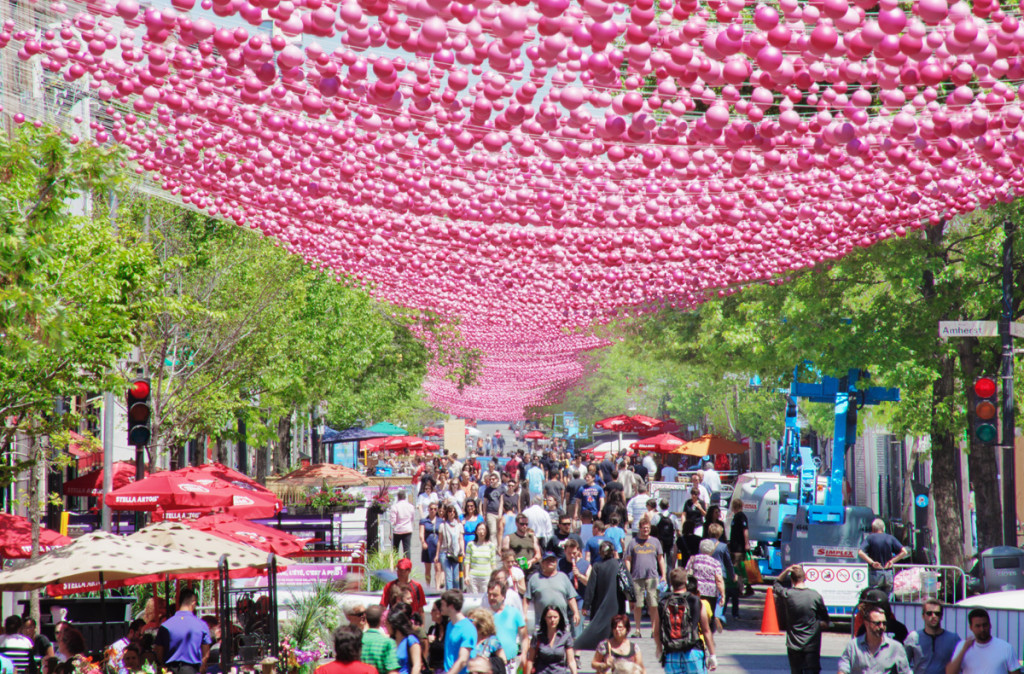