Love it or hate it, bike lanes are coming to Vancouver’s Westside: the span of Point Grey Road between MacDonald and Alma Streets will be closed permanently on January 18.

Like water, commuter vehicle traffic finds the easiest and quickest route to arrive at a destination. However, for residents of the Vancouver Westside, Point Grey Road will no longer be the quickest route to travel to downtown with its upcoming closure at MacDonald Street to turn the route into a ‘local street’ with bike lanes.

This month’s permanent closure will allow city crews to commence construction on the conversion, which began last fall at the south end of the Burrard Street Bridge where it meets with Cornwall Avenue.

Commuters are advised to take other routes including West 4th Avenue and MacDonald Street to connect with Cornwall Avenue on the route to downtown.

According to City traffic studies, the section of the to-be-closed Point Grey Road sees 10,000 vehicles per day before it merges with another 10,000 vehicles from MacDonald Street. Daily traffic volumes on Cornwall Road range from 20,000 on its western end near MacDonald Street and increases to 27,000 on its eastern end where it meets Burrard Street. 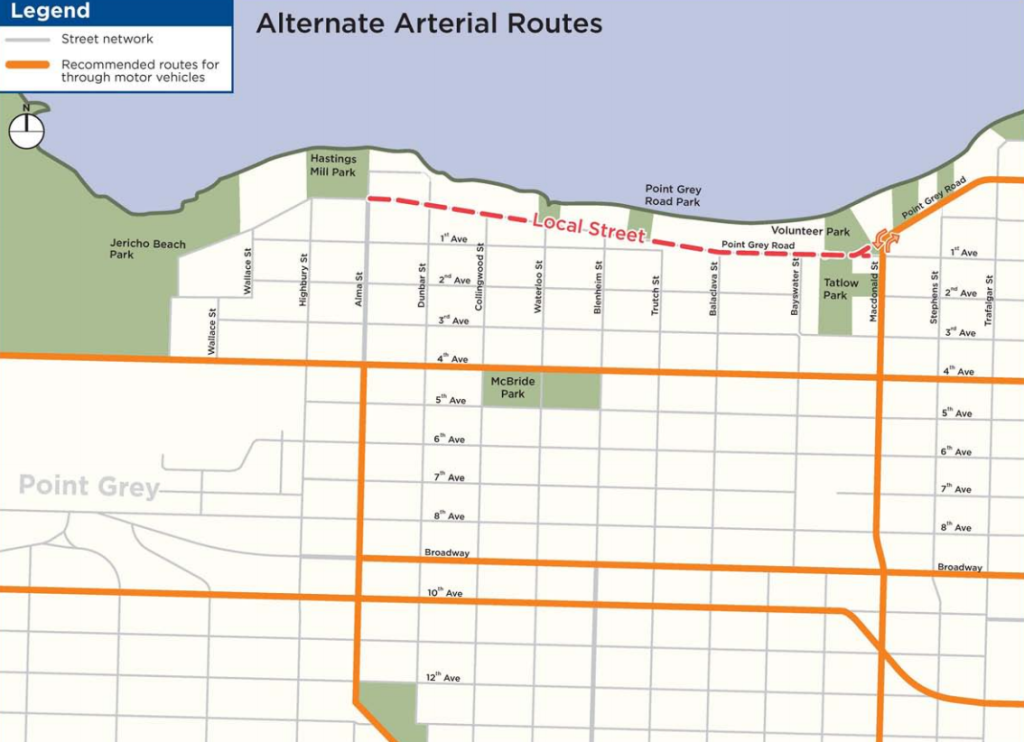