It has been five months since the once thriving Subeez shuttered. Since then, there have been numerous rumours circulating as to what business or businesses would eventually take its place. Many were left wondering whether Yaletown would find itself housing yet another Earls or Cactus Club.

It will house neither of these things. The temporary window signs, hanging at 891 Homer Street, proudly display a bold new dining destination. Per se Social Corner, which will be home to three separate dining entities (a coffee shop, a Spanish-style tapas bar, and a pizzeria), opens its doors later this month.

Vancity Buzz was invited to check out the space and speak with Foz about his new venture. 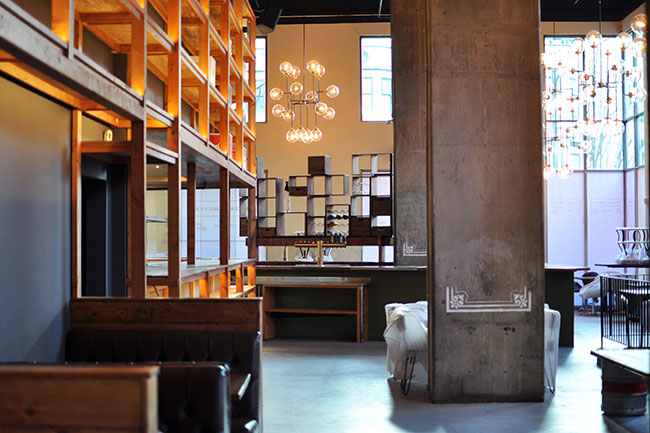 “Three little places under one roof,” is what visiting patrons can expect to find when they drop by the Social Corner, according to Foz.

Those familiar with the old Subeez locale will be blown away by the transformation the space has undergone. The once dark, rundown space is now strikingly bright and airy. Foz, who is somewhat of a globetrotter and has an extensive background in events management, has breathed some much needed life, light and love into the space.

While Foz hints that some original features have remained (one large booth seat has been reupholstered, the walls have received a new coat of paint, and the concrete flooring has been given a once over), he is also quick to remark that “99 per cent of everything is new.” 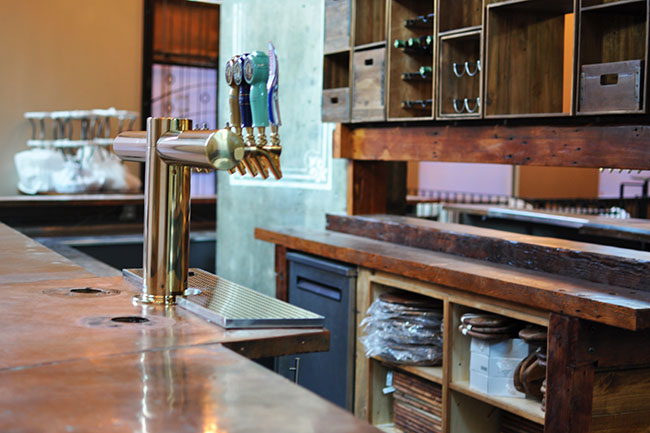 Forget the dramatic drip candles and the poster-clad walls that were once synonymous with Subeez, the Social Corner showcases minimalist décor and soft illumination. Funky, modern, industrial-inspired chandeliers, which Foz designed himself, emit a gentle glow, while the room itself boasts red, chrome, black and wooden accents.

After signing the lease in late July 2015, the Social Corner project has moved along swiftly. Foz, who designed the entire space himself, and the logo for that matter, has been working around the clock to get the three self-supporting concepts up and running. 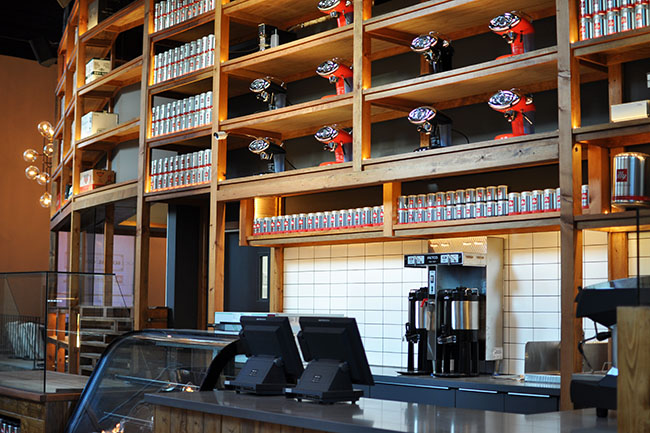 Foz’s hard work is about to pay off, as he reveals to the public Illy Café in a few short weeks. Sophisticated yet casual, Illy Café, a canteen-style eatery, will offer a wide range of caffeniated beverages, in addition to freshly made cannoli, tradizionale pizza, and panini. At this stage the café will operate from 7 a.m. to 5 p.m.

Following suit, Rosalinda Spanish Bar, which will act as a drinking den and small bites eatery, will offer a collection of domestic and international wines, 10 beers on tap, and “tappetizers” as Foz calls them, a mixture of appies and tapas. Diners will be able to choose from a variety of Spanish tapas (10 hot 10 cold), montaditos (sliced baguette with an assortment of toppings like brie, anchovies, or pulled pork), and a selection of charcuterie boards. 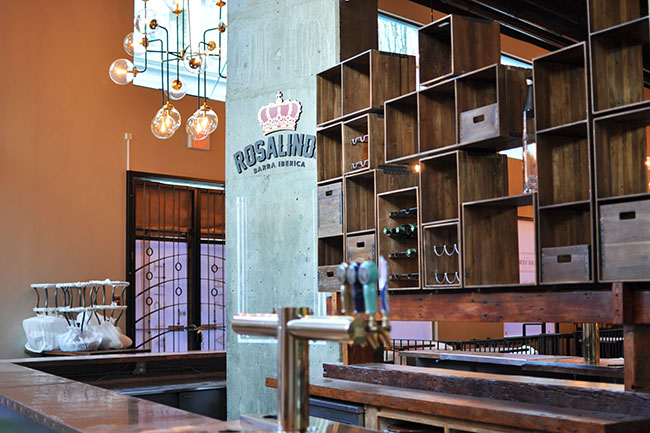 From the bar patrons will also be able to see into the remodelled open kitchen, as well as view hanging charcuterie displayed behind glass, and wine and hard liquor bottles stacked on towering wooden shelves.

With lounge endorsement and an entertainment license operating until 2 a.m. Rosalinda Spanish Bar will play host to an array of local entertainers, and come the summer months, when the 54-seat sidewalk patio is open, the Social Corner will also present a monthly rotisserie evening, where tender slices of porchetta will be served. 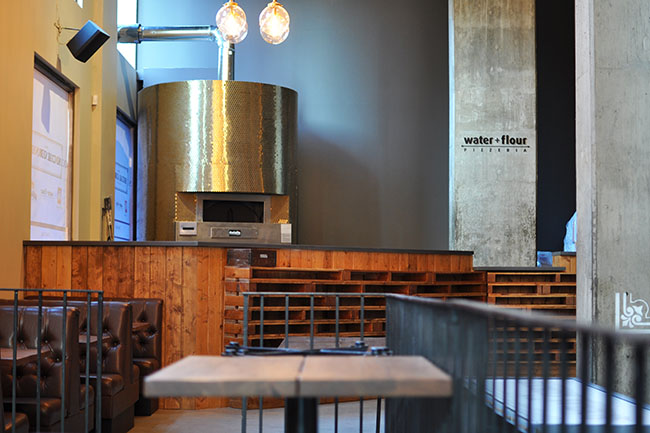 The third and final component of the Social Corner is Water + Flour Pizzeria. This sit-down section is sleek yet inviting, and boasts a variety of seating options, as well as an imported stone-oven and dough rounder.

Guests will be able to sit-in or order to-go, and have the choice between a variety of classic and inventive pizza toppings. Despite there being a few more bits and pieces still to come, Water + Flour seems to have all the elements of a successful pizzeria. It’s not surprising really, Foz has opened 16 pizzerias in his time. 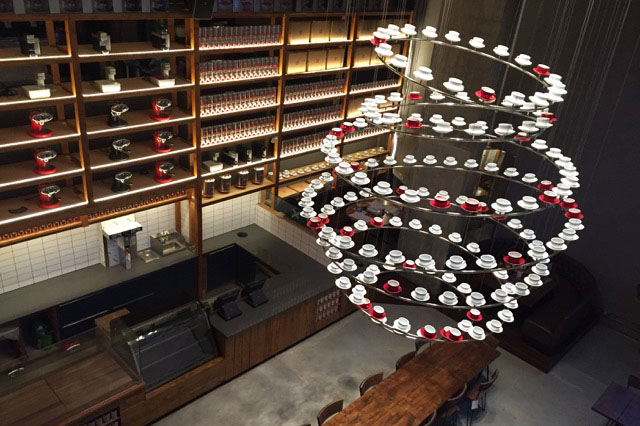 Inspired by past ventures Foz ultimately wants to create an inviting gathering place. A “social corner” that sits a little way off the main drag and offers diners a spot where they can stop for delicious eats in a sophisticated yet casual atmosphere. “I want people to enjoy their time [at the Social Corner], people can come in flip flops, or a suit and tie,” remarks Foz.

Per se Social Corner was not just a spur of the moment decision; Foz has been holding onto an ambition to do something like this for a long time, however, he was not able to find a space to match his vision until the downturn of Subeez earlier this year.

UPDATE 12/22/15: After months of waiting Per se Social Corner has finally received its occupancy permit and will open its doors early January. Customers can, therefore, look forward to a range of casual eats and Illy coffee blends from the Italian roasting company, come the new year.