For the last two months, a group of four young cultural aficionados from Montreal called Youth Music Movement (YMM) have been travelling the Canadian open road in an RV in search of Canada’s next generation of young musical talent.

Armed with a mobile recording and film studio, the Youth Music Movement Powered by Pepsi tour makes weekly stops in each province where the YMM team meets with young Canadian musicians on the cusp of making it big. They then scout a location and spend up to four days producing and editing high-quality audio and videos for free.

Passionate about music and promoting Canadian talent, the idea for the Youth Music Movement Powered by Pepsi tour was conceived of last year when the group of four applied for a $25,000 grant from the Pepsi Refresh Project, a program that funds great ideas that promote social good. 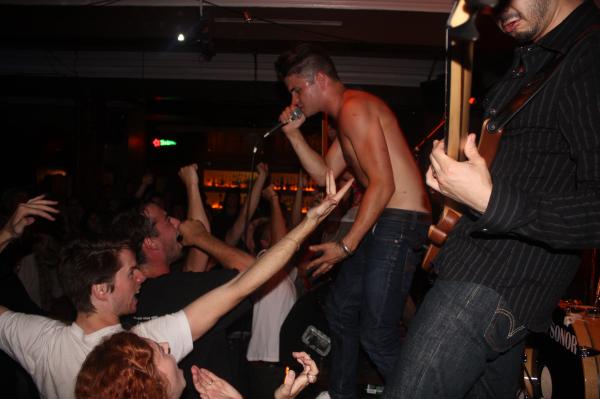 A year later, YMM’s dream is a reality. On July 11, the guys will finally roll into Vancouver to meet and record East Vancouver’s own Broadway Bullies. The local rock and roll outfit has become known for their old school Guns N’ Roses meets rockabilly style and this struck a chord with the guys from Youth Music Movement.

Recorded songs from each of the 10 recorded bands across the nation, including the Broadway Bullies, will be featured on a CD that will be released at the end of the tour highlighting the diversity of musical talent across Canada. A portion of the proceeds from the compilation will go to the Simple Plan Foundation, an organization that encourages the practice of music to help young kids find a passion in life.

Does the Youth Music Movement inspire you to get funding for your great idea? This summer, Pepsi and Much Music have for MUCH Pepsi Refresh (www.muchmusic.com/refresh). Canadians can submit ideas related to three categories – music, education and sports – in order to win a grant up to $5,000. The program features inspiration from three stars of Much Music’s number one hit show, Degrassi: The Next Generation.