The RCMP Federal Serious and Organized Crime (FSOC) unit announced Monday the successful end to an investigation into an international heroin trafficking ring.

28 individuals were arrested through a joint effort between the FSOC, the Vancouver Police and the Canada Border Services Agency, along with cooperation from South African Police Service and the Belgium Federal Police.

According to authorities, the investigation began in June 2013 when the FSOC identified a number of Vancouver-based individuals involved with large imports of heroin originating from Afghanistan. Investigators found that several kilograms of heroin would travel on airlines from Afghanistan to Africa and then to Canada. Shipments were then distributed across several Canadian cities, such as Vancouver, Calgary, Montreal and Toronto.

The FSOC says the investigation was broad in scope. “The Canadian investigation determined that the scope of the distribution network was extensive and involved numerous countries around the world,” they said. “Investigators enlisted the assistance of numerous international agencies including the South African Police Service and the Belgium Federal Police in order to share intelligence, information and resources necessary to identify, target and dismantle the operation.”

A total of 28 people have been arrested and 37 kilograms of heroin have been seized. 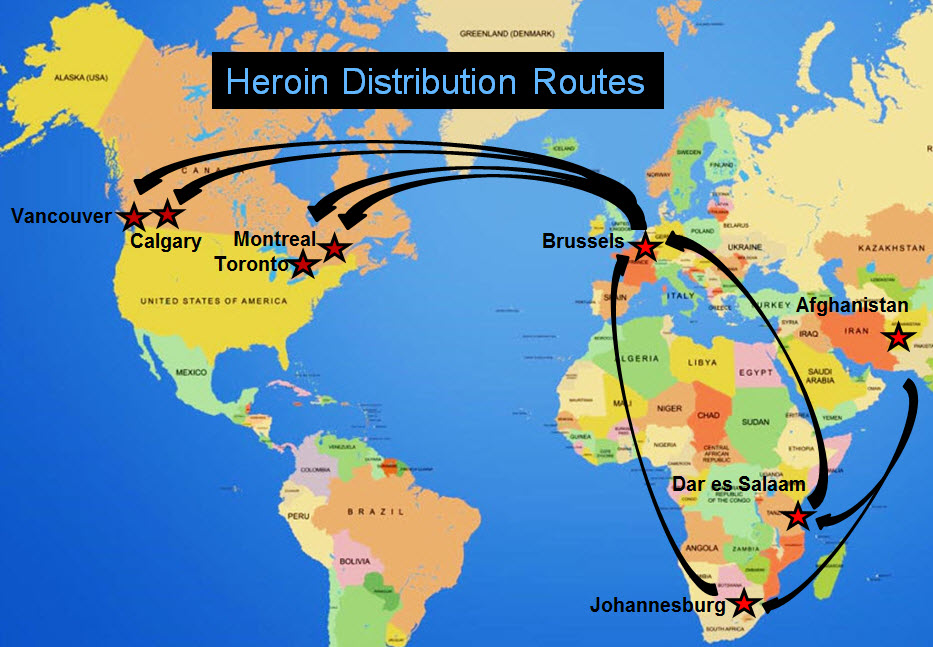