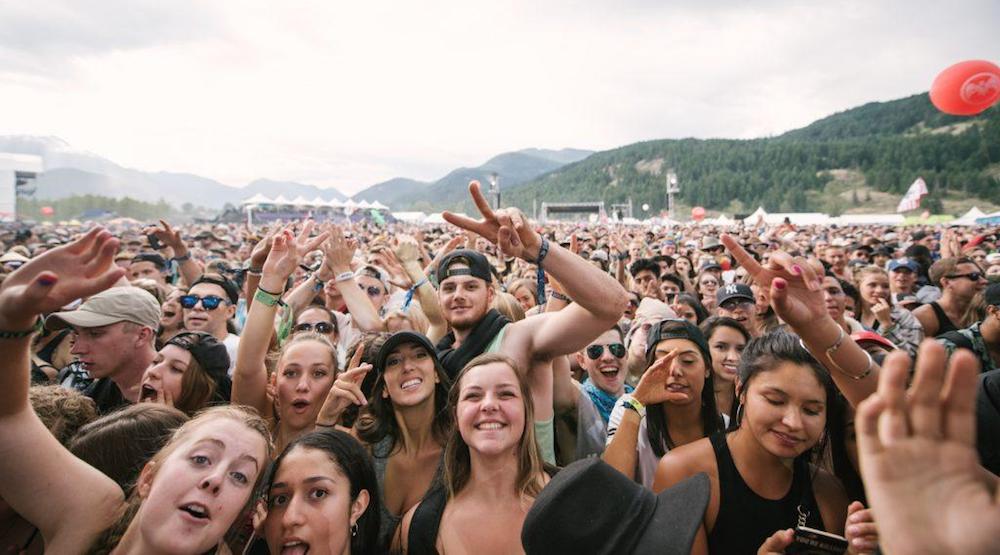 A community with a population of just 2,000 people hosting a four-day music festival that attracts 40,000 attendees from across the continent is bound to see a gargantuan economic windfall.

But not this year.

Organizers of Pemberon Music Festival (PMF) announced yesterday they had canceled this year’s event and filed for bankruptcy. They had an operating budget of $22 million, but had only raised $8 million in revenue with less than two months to go before the event’s opening day.

Pemberton Mayor Mike Richman told Daily Hive that its impact every year on his mountain town has been phenomenal across the board, and that the uptick begins weeks in advance.

“Leading up to the festival, our restaurants are busier, our hotels are busier, they rent homes from locals and suites quite often for the whole month of July,” said Richman.

“The restaurants are busier, the grocery stores are busier, and the local hardware store sees more business. And once the crowds pour into town, there’s tons of spinoff there and there’s huge business to be done during the festival weekend. And local businesses are vendors on site at the festival.”

And it was also a major generator for businesses in Whistler, 30 minutes south of Pemberton, where hotels were fully booked by festival goers and a fleet of buses shuttled festival goers between the two towns around the clock.

“We have been supportive of the event and worked closely with organizers over the years  to ensure its success.”

Altogether, the festival creates an estimated $60 million in spinoffs for the local economy, and that does not even include the tourism marketing exposure value for the Sea-to-Sky Corridor.

Mayor welcomes another company to take on event

Last year, Live Nation and BRANDLIVE canceled Squamish Festival, leaving the Pemberton event without any major competition in the BC music festival scene. And now that Pemberton is also being discontinued after a three-year revival, there is a void that needs to be filled in the music festival market.

Richman says there has been a sense of disappointment and sadness in Pemberton over the past day, given that the municipality, residents, and businesses have been “very accommodating” with making the event work in their town.

He thinks the 2016 attendance level reached a critical volume for the event to be successful, and he hopes another company will acknowledge the town’s continued potential as a site for a major music festival.

“The optimist in me thinks that some of these production companies will recognize there is a hole in the market, and perhaps we’ll see people knock on the door in the near future and maybe there will be an opportunity to reinvent or reinvigorate the festival so we have something like that going on,” he said.

“I believe that over the past few years we’ve shown that Pemberton not only can handle the scale of the event but is a great venue for this type of event because all the performers came and loved it, the participants loved it, and it was a great scene.”

However, this could be many years away. A third attempt for a music festival at the site could potentially face a stigma given the widespread negative publicity the event has gained by not providing refunds to ticketholders.

To avoid the same logistical issues that plagued an earlier attempt in 2008 to hold a festival at the Mount Currie site, new event organizers HUKA Entertainment worked with the BC Ministry of Transportation and local traffic control company BC Road Safe to ensure traffic along Highway 99 flowed as safely and smoothly as possible.

New additional driveway entrances were constructed along the highway to create more ways to access the festival grounds and parking areas. A three-lane-wide, 2 km-long road was also built to create space for ‘queue storage’ for campers and their vehicles.

And a temporary pedestrian overpass bridge was erected over the highway to connect the festival grounds with the parking areas to avoid the need for pedestrians to cross the busy roadway.

With an event of this scale and complexity, it is certainly a costly endeavour, but Richman does not believe it is cost prohibitive to an organizer.

“I think the site itself is very conducive for this as it’s quite compact, it’s a manageable site in many ways, but I don’t think it’s related to the site or the transportation plans specifically,” he said. “But putting it all together is a costly venture but I think it should be manageable.”