It took longer than expected to announce this year’s highly anticipated Pemberton Music Festival lineup; the flood gates have opened and it’s a tsunami of talent set to hit Pemberton this summer.

With Squamish Festival also boasting a top notch lineup as well, the real winners here are the residents of Metro Vancouver and British Columbia; the Sea-to-Sky corridor will be hosting two of the best music festivals on the continent this summer.

“We appreciate all of the patience, goodwill and positive comments from our communities and supporters, and are excited for July to come, so everyone can see what we have in store for them at this one-­of-a‐kind event,” said HUKA Entertainment co-­founder and CEO A.J. Niland in a press release.

Pemberton Festival’s supporting acts feature some of the hottest names in music and renowned musical veterans:

And many more to be added in the coming weeks!

Advance weekend General Admission tickets go on sale this Friday, April 11 at 10:00 am PDT and start at just $279, plus a choice of camping or shuttle privileges for $89. Further information on complete festival ticket pricing and the confirmed lineup can be found at www.pembertonmusicfestival.com 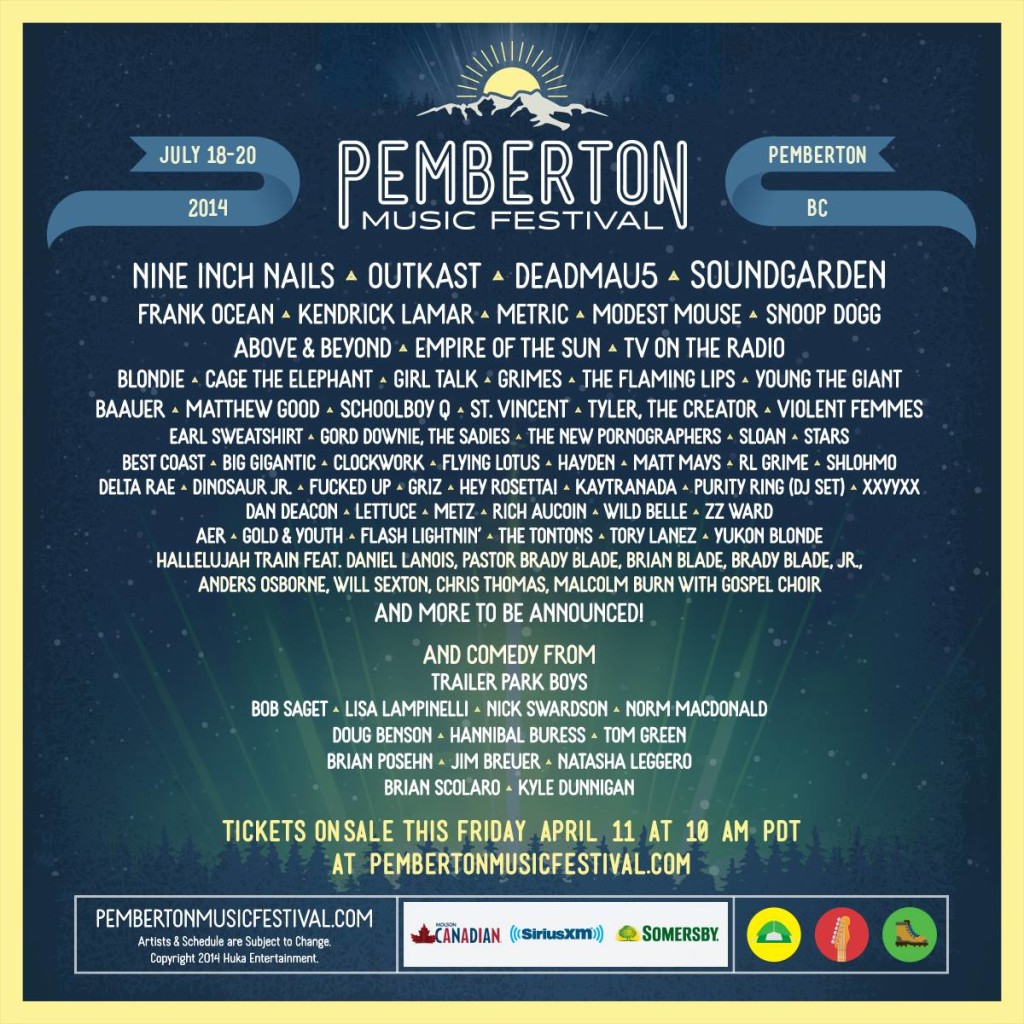