A pedestrian was struck by a TransLink bus at Pender and Granville Street in downtown Vancouver Tuesday just after noon.

The victim, an older man who is believed to work in the area, had serious injuries to his arm and was bandaged by paramedics before being taken to hospital in an ambulance.

A member of the Vancouver Fire Department confirmed on the scene the accident involved one pedestrian and a TransLink bus turning from Granville Street onto Pender. 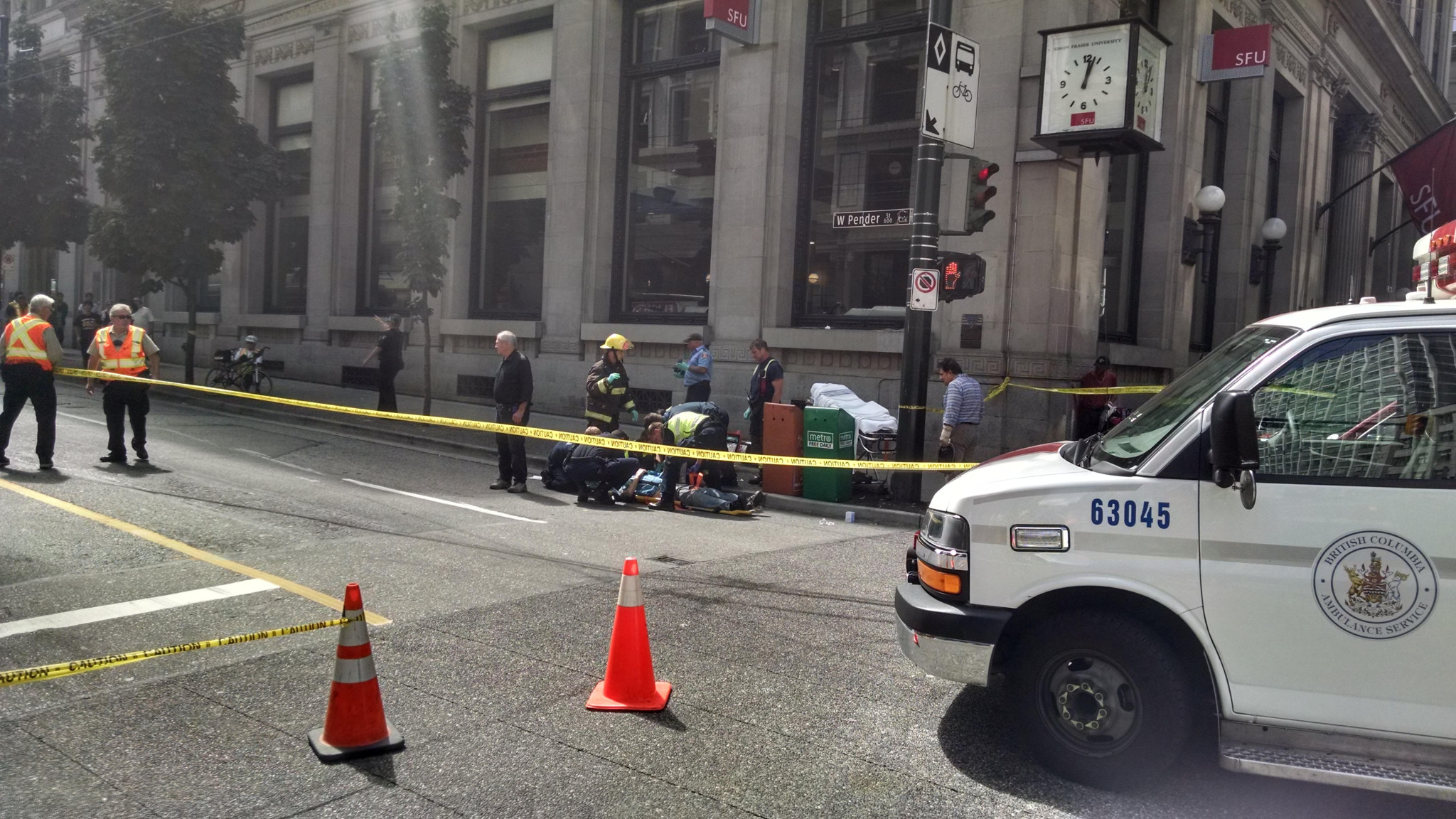 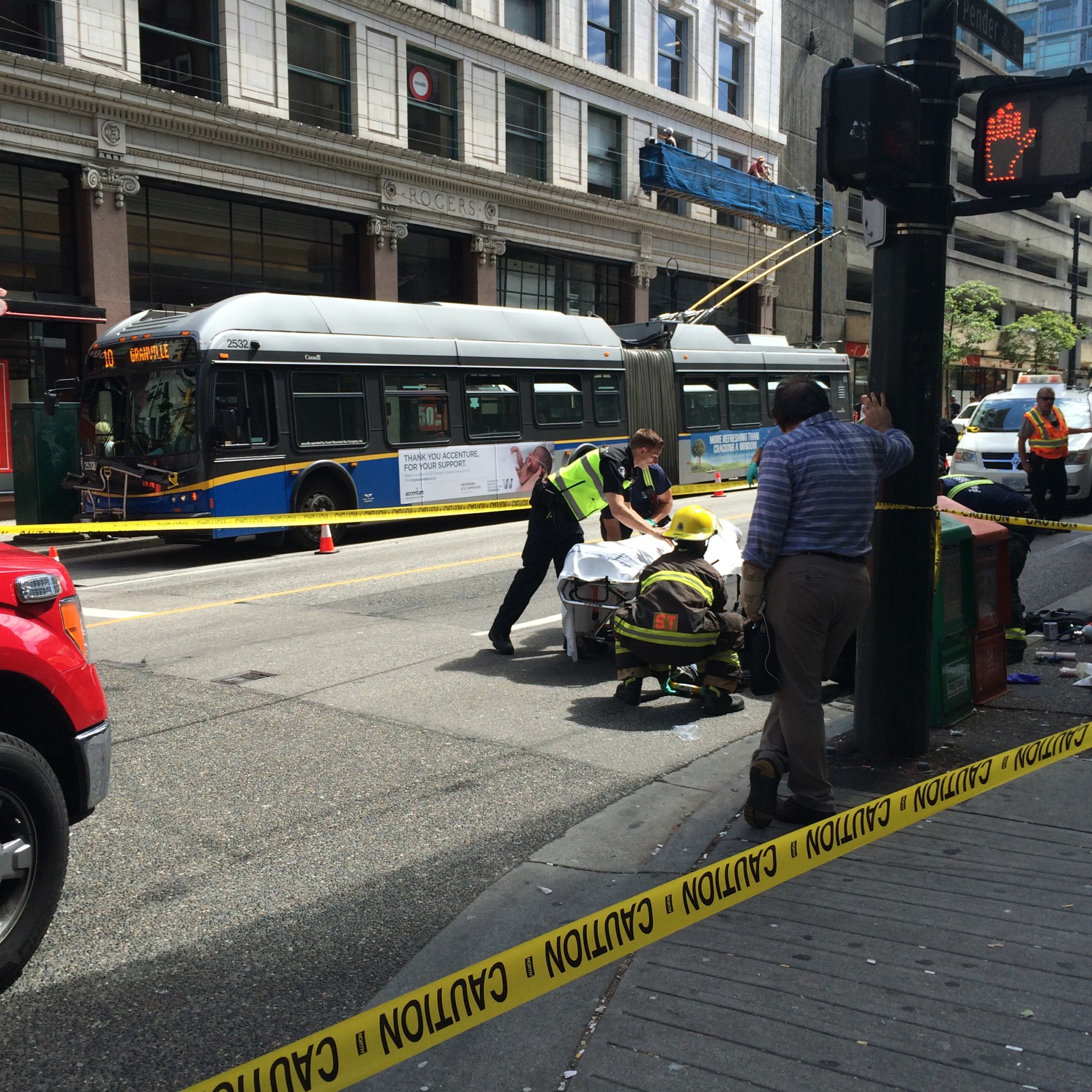 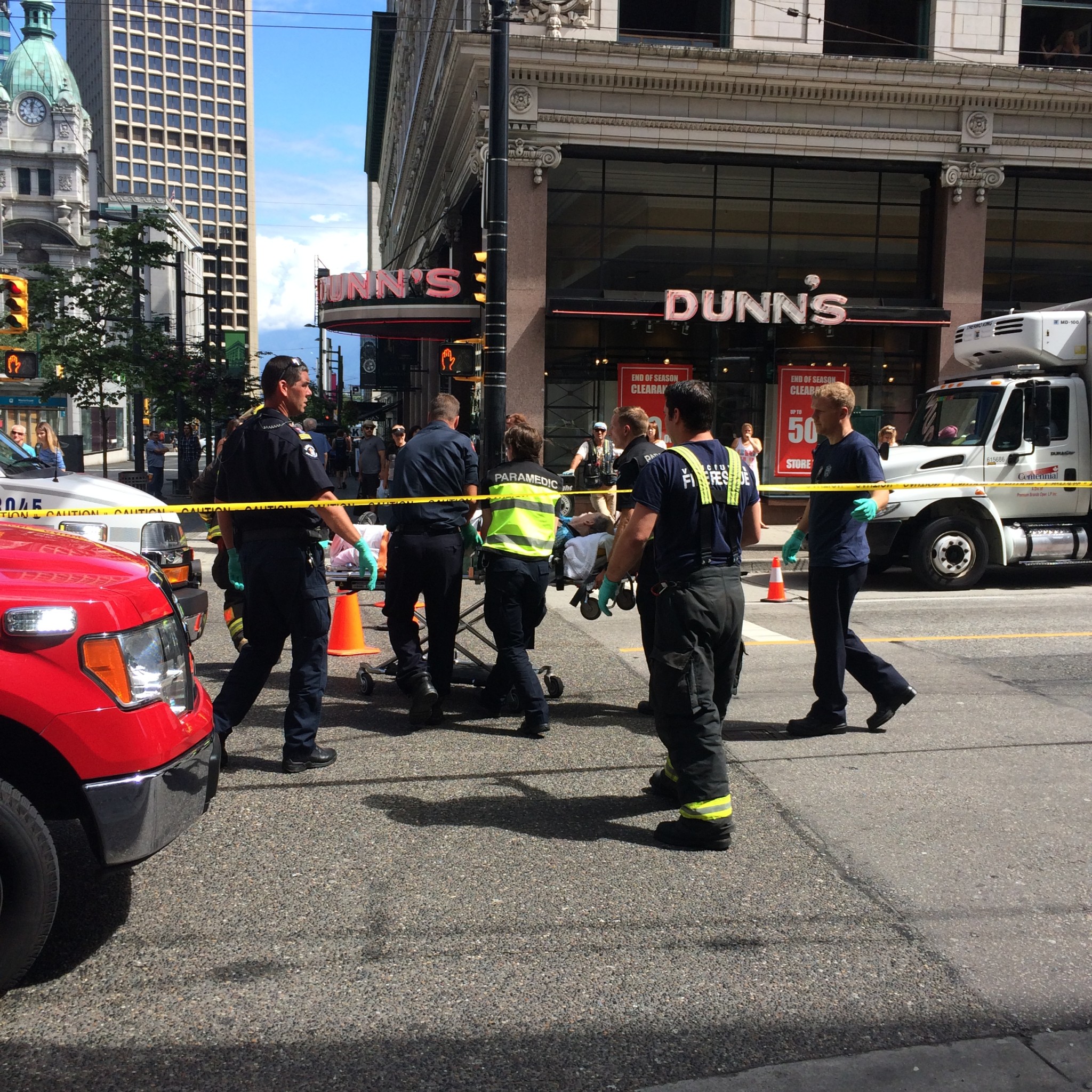