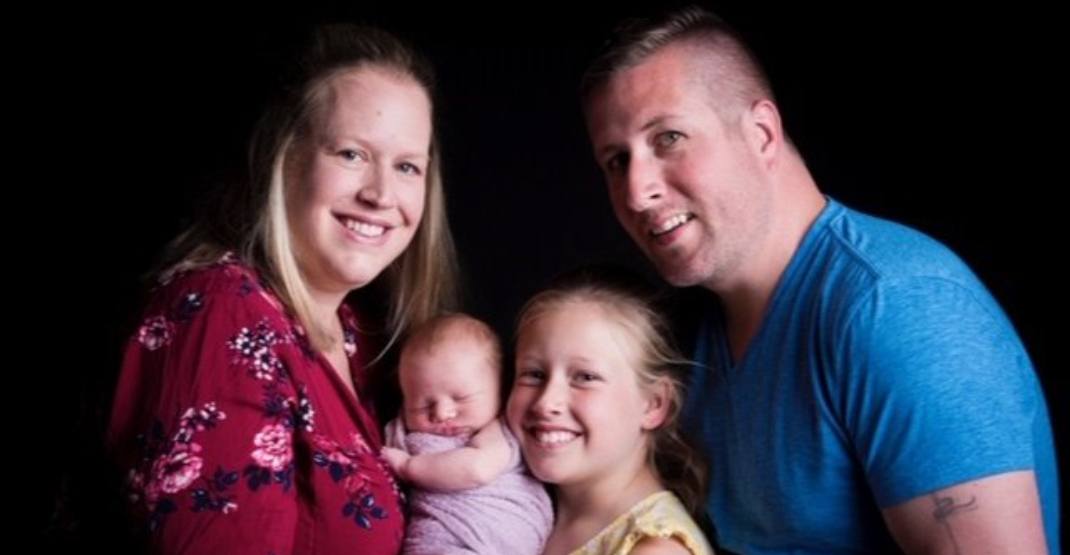 Aaron Kingma and family (The Kingmas/Gofundme)

The search for a Calgary man who was swept away by the Peace River near Hudson’s Hope, BC last week has been suspended.

According to Cpl. Madonna Saunderson, an RCMP officer in BC’s North District, even though the search has ended the case is not closed. It is an open and active missing person investigation, she tells Daily Hive.

The RCMP has been searching on land, water, and air. They had “boots on the ground,” a jet boat, helicopter, and Provincial Emergency Program (PEP) aircraft to assist in locating the man.

Although the RCMP would not confirm the man’s identity, a GoFundMe page campaign identifies the missing person as Aaron Kingma, a husband and the father to two young daughters.

According to the page, Kingma had gone fishing with his friends when he unexpectedly got swept up by the Peace River’s strong current. He fought to swim to back up before being taken under.

The case will remain open until he is found, said Saunderson.