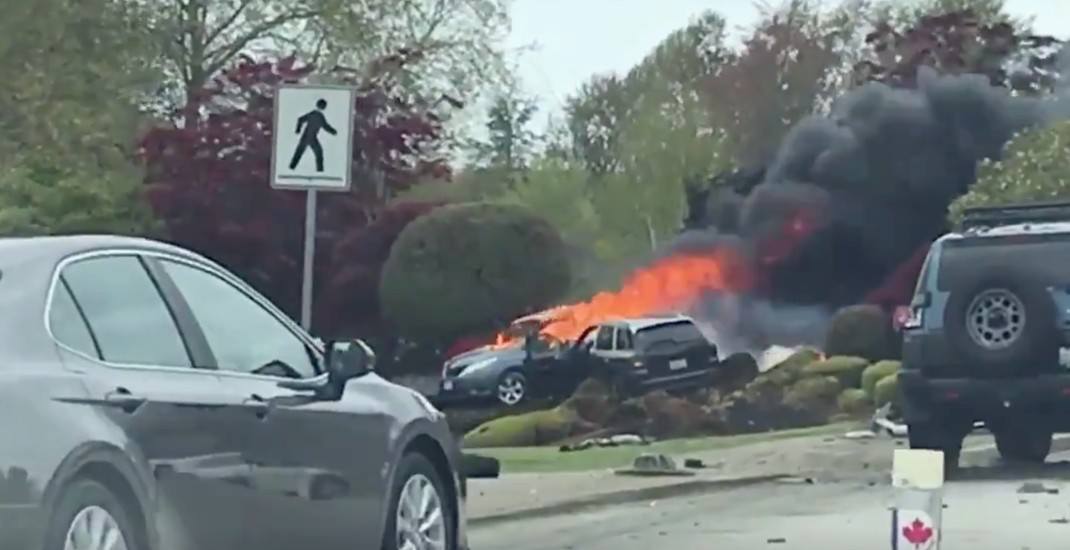 The #PeaceArch / #Douglas port of entry is now open and has resumed normal operations. pic.twitter.com/eB1papt20I

The reopening was confirmed by Canadian Border Services this morning.

Police previously reported three cars were involved but later determined the accident occurred between a Porsche Cayenne SUV and a Toyota Sienna van. The Toyota caught fire following the collision. The single male driver of the Porche was transported to hospital with non-life threatening injuries. The male driver and single occupant of the Toyota was pronounced deceased at the scene.

Thanks to Brendan at the Peace Arch Border for this video of the car fire Notice the blown out rear windshield @CBCNews @NEWS1130 @NEWS1130Traffic pic.twitter.com/dL0GafNhvL

Anyone with information about this collision or may have dash-cam video is asked to call Surrey RCMP at 604-599-0502, or contact Crime Stoppers if you wish to remain anonymous, at 1-800-222-8477 or www.solvecrime