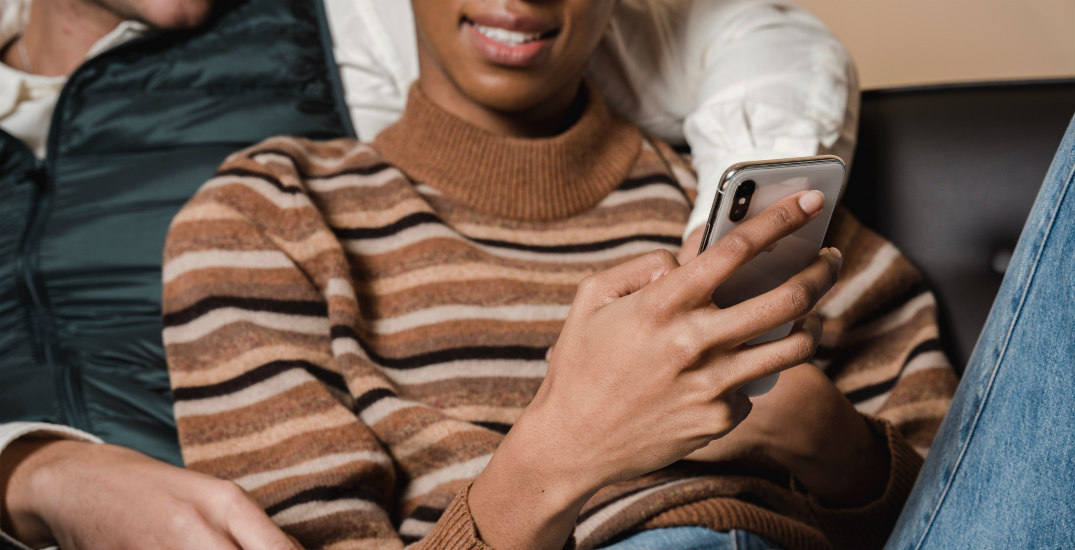 The holiday season is always romantic, with falling snow, twinkling lights, and the urge to get cozy and cuddle up. Being in the early stage of a relationship at this time of the year can be pretty special.

This is when you’re getting to know each other, understanding each other’s likes and dislikes (whether pertaining to anything from festive foods to holiday music), and whether you’re right for one another — flaws and bad habits included.

Finding ‘the one’ in the 21st century shouldn’t be a challenge, but it can be. It’s easy to take for granted the role our phones play in the early points of our relationships. Whether it’s a text, video call, or sending each other memes — the little details matter and can be the foundation upon which a beautiful partnership flourishes.

What stands out in your memory from your relationship? Together with PC Mobile, we asked three members of our team to share their stories. 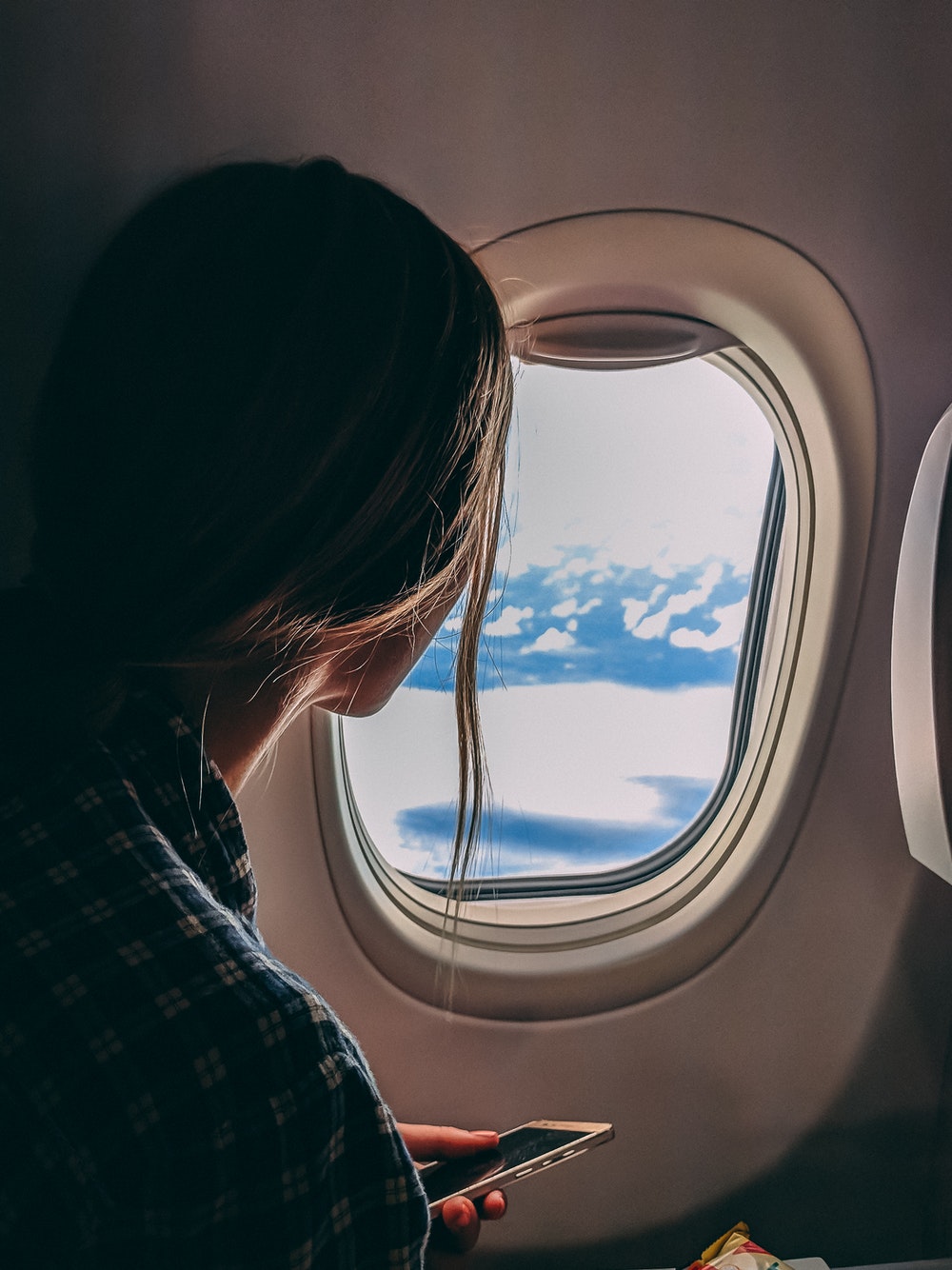 “About two weeks into working from home in the height of the COVID-19 pandemic, I realized the state of the world was getting too scary to handle on my own,” says Hailey Krychman, campaign manager at Daily Hive.

“With my mental health deteriorating as the case numbers rose, I needed to be with my family to deal with the worst of the pandemic. When I told my boyfriend of about five months at that point, he totally understood,” she says. Krychman thought she would be with her family for two to three weeks; those weeks turned into three months of a long-distance relationship.

“My boyfriend and I spoke nearly every day by FaceTiming and texting, and because of that, I think we got through those months of physical separation (or social distancing) without a hitch,” she notes. “At the time, my priority was getting from one day to the next without losing my job or getting COVID-19. Only now do I realize that to spend three months apart within the first year of our relationship was an incredible hurdle to get through.”

Krychman notes that being able to text and call her boyfriend while they were apart made her feel like he was with her the entire time she was in Montreal. “Although I missed physically being with him, when I came back to Toronto, it felt like no time had passed.”

When long-distance leads to marriage 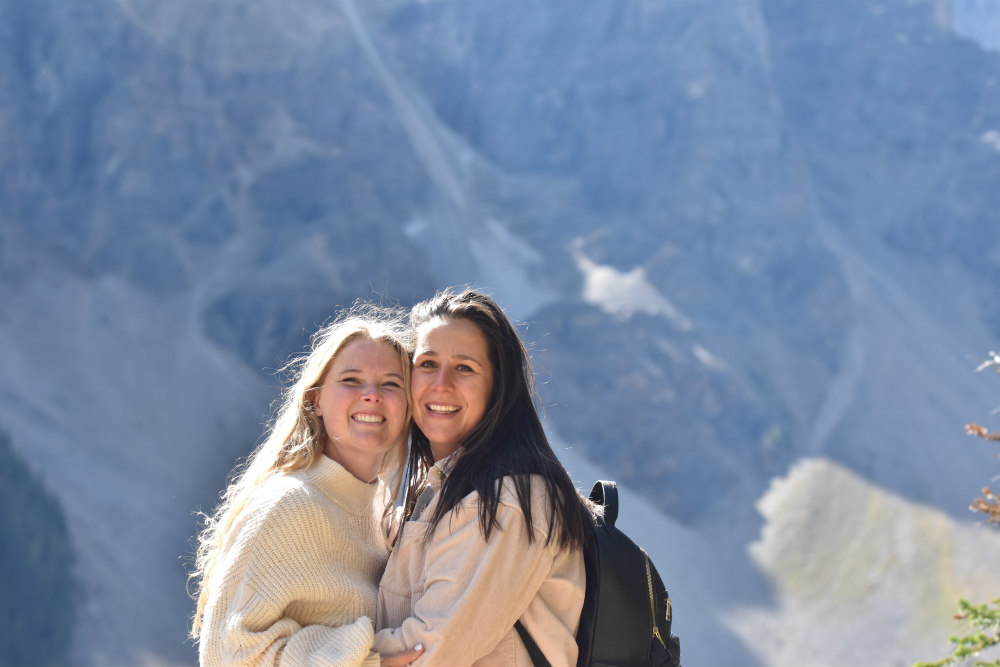 Jessica and her fiancée Jenn (@jessica_alexis/Instagram)

“Our phones played a significant role in the early days of our relationship,” says Jessica Thompson, Daily Hive’s managing editor of branded content. “It was not even five months in, and we were forced to do over a month of long-distance. We relied heavily on our phones and our daily FaceTime calls to make that time a little easier,” she explains.

“There was one day over the weekend where I was getting stuff done around the house and finishing up some work before the week began. I decided to call Jenn [Thompson’s girlfriend at the time] just to chat while I checked items off my to-do list. We talked and talked, and I remember looking at the call log and realizing six hours had gone by, and we didn’t even notice.”

Thompson says that while sometimes they weren’t even saying anything “having her on the phone and being able to glance down and see her face” made her “feel so much closer to her,” even though she was across the country.

“We are — thankfully — no longer in a long-distance relationship. We just celebrated our five-year anniversary and are getting married in the summer.”

From a first text to emigrating to Canada 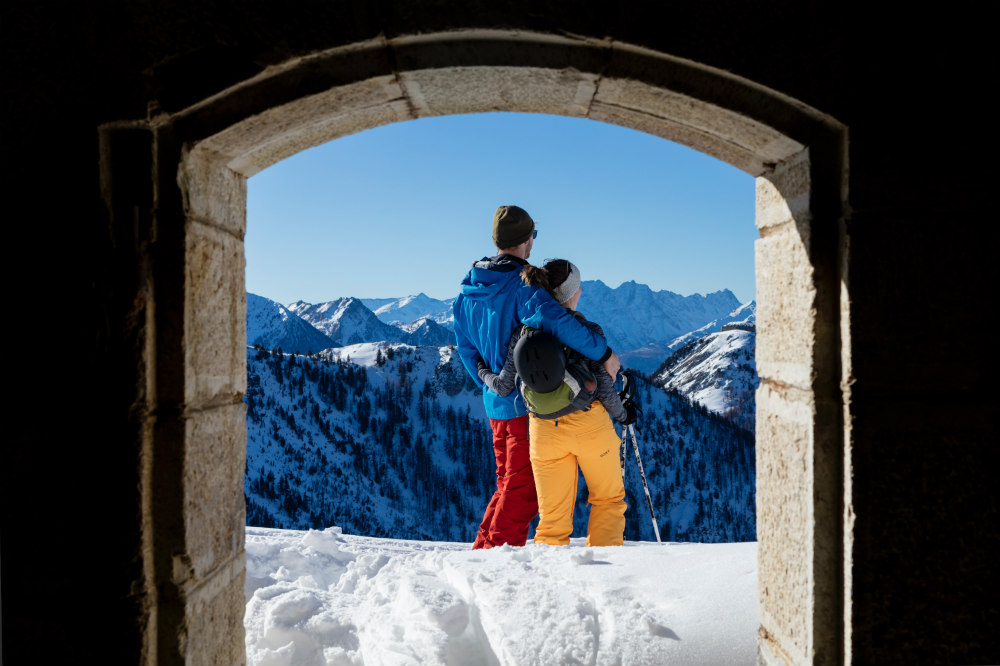 “The very first time we met, my boyfriend’s phone was dead, so he took my number down in the most old school fashion — on paper — a piece that later went missing and took some work to retrieve,” says Catríona Hughes, senior branded content writer at Daily Hive.

“It worked out that he found that little piece of paper and texted me because I took his number down with one digit wrong on my phone — an epic fail,” she explains. “We were texting for about a week before we went on our first date, and in that time, I remember us sharing a lot of laughs around puns, which I greatly appreciated.”

From when they started dating eight years ago, Hughes says their phones helped keep them close, particularly when they “were apart for a few months at a time” due to her boyfriend’s work. “A lot of calls and texts made it feel as though we were never that far away from one another,” she notes.

“Later, we moved to Canada, and here, we’ve found having a reliable phone plan is essential for keeping in contact not just with everyone back home in Europe, but also with each other — especially on ski days at the local mountains.” She adds, “I ski, he snowboards, and only one of us likes gladed trails.”

Worrying about whether you’re going to run out of minutes or texts over the holidays is not something you want to have to deal with at the start of a relationship — and you don’t have to.

PC Mobile offers plans starting at $20 per month and just like any good relationship, they have a lot to offer (#relationshipgoals); unlimited talk and text, excellent value on data (on a 4G network), and the ability to earn up to 10% back in PC Optimum points for every top-up as a PC Optimum or PC Financial customer.

While PC Mobile plans don’t come with any long-term commitments (like long-winded contracts), don’t be surprised if you decide to make it your one and only. For more information and to get started, visit pcmobile.ca.