Between celebrity interviews, daily show tapings and charity work, the average day for The Rush host Fiona Forbes is usually anything but. But there’s one thing the vivacious blond can count on at the end of the day: her wee man Chewy, a miniature Yorkie. And the dog actually smiles. I mean, a big mega-watt smile. It’s impressive.

Forbes chatted with Vancity Buzz pet columnist and fellow terrier lover Darcy Wintonyk on how sometimes the tiniest dogs can have the biggest personalities and, yes, even smile. 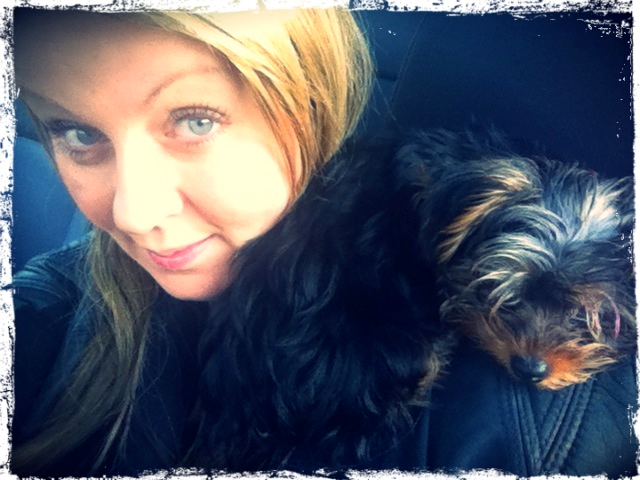 How did you decide what kind of dog to get? Why a small dog versus a large one?

I grew up with an Irish Wolfhound and a Bearded Collie – I never imagined in a million years that I would get a small dog – never mind a miniature little guy like Chewy! I hadn’t had a dog since I was a teenager and I knew I’d always get another one someday. Chewy kind of fell into my life as my friend Mary Zilba (of Real Housewives of Vancouver fame) has a little Yorkshire terrier named George and I absolutely fell in love with him. As it turned out, the lady Mary got George from had a litter of puppies and no one wanted poor little Chewy. He was the tiny runt and at almost four months old, no one had adopted him. I saw a picture of him sticking his tongue out and knew he was the pup for me! He was 1.5 pounds when I got him and was a sickly little fellow. With the help from some caring vets I nursed him back to health and he’s been full of beans ever since! 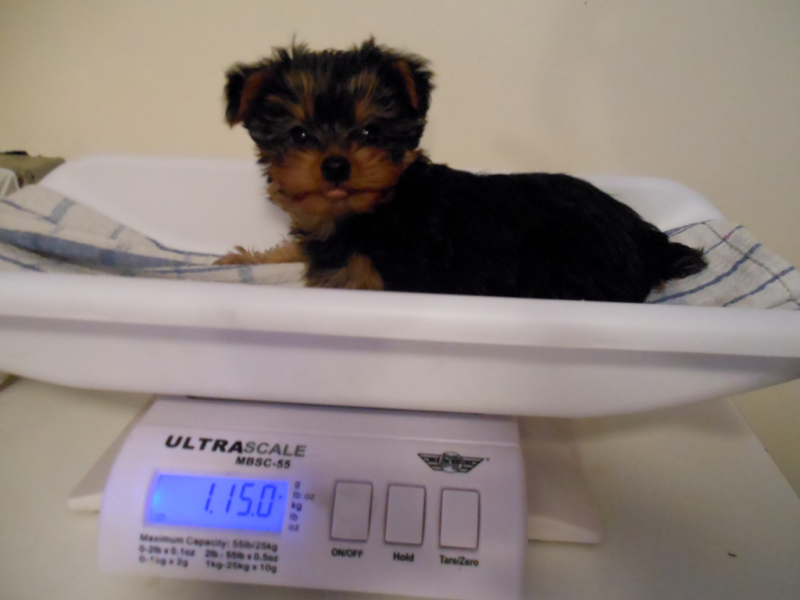 You’re a busy gal. What happens to Chewy when you’re on set for your show?

Chewy comes to work with me a couple days a week. Luckily, he’s a quiet little dog and no one really notices he’s around! Chewy has become quite the ham and seems to love it when I bring him on TV with me. He’s developed quite the fan base. When I’m at the dog park people always say “Oh, it’s Chewy the smiling dog from TV!” When I don’t bring him to set with me, he loves to go visit his pals at Barking Babies and hang out at their dog daycare with the rest of the little guys. 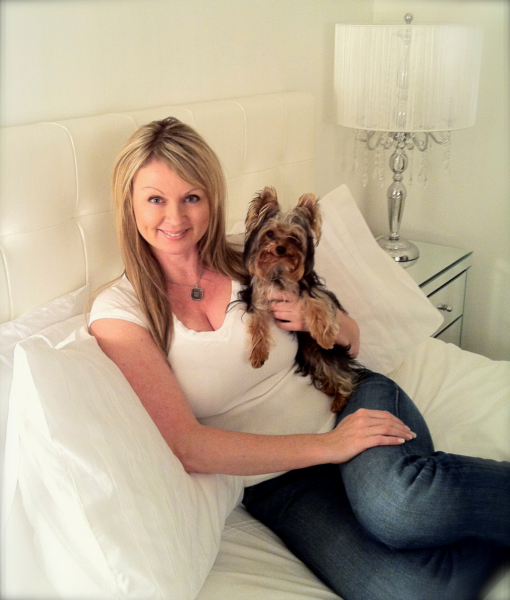 The Rush host Fiona Forbes strikes a pose with her dog Chewy.

Does Chewy have any dog friends?

Chewy really does love everyone: dogs, humans and even cats! Chewy’s BFF is his brother George. When those two get together it’s non-stop comedy watching them play. I think they should have their own reality show! 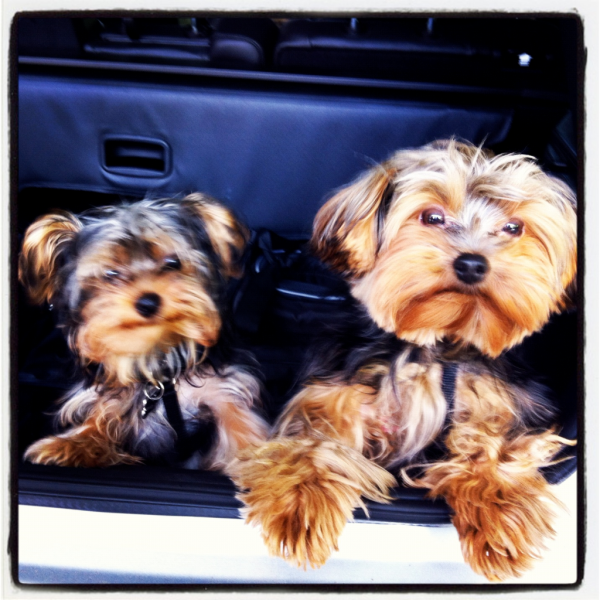 Chewy and his best friend George.

Do you think your dog has a distinct personality?

People always tell me Chewy is the happiest dog they’ve ever met and it really is true. He does smile all the time and really just seems happy to be alive! I swear I don’t Photoshop the pictures of him – he really does actually smile! It’s impossible to be in a bad mood around him – he is such a little character! The thing that surprised me the most about getting a small dog is how smart he is. He understands so many different words that it constantly amazes me. I hate to admit it, but I always thought tiny dogs were a little daft, but Chewy has proven me wrong!

Why do you think Vancouver is such a dog-friendly city?

I think Vancouver is such a beautiful city to walk around in. It’s very conducive to having a dog. With so many parks and the gorgeous beaches, it’s a good excuse to get outside and soak it all in!

What advice would you have for someone thinking of getting their first pup?

Getting a puppy is not easy. I always tell people if they’re considering getting a dog to imagine the darkest, rainiest days in the fall and remember you’ll be out walking in that a few times a day for your dog’s entire life. Getting any animal is a lifelong commitment, but the extra work that comes with a dog is that you can’t be lazy – no matter how big or small they need to get out and exercise! I would also recommend to really research what kind of dog suits your lifestyle. 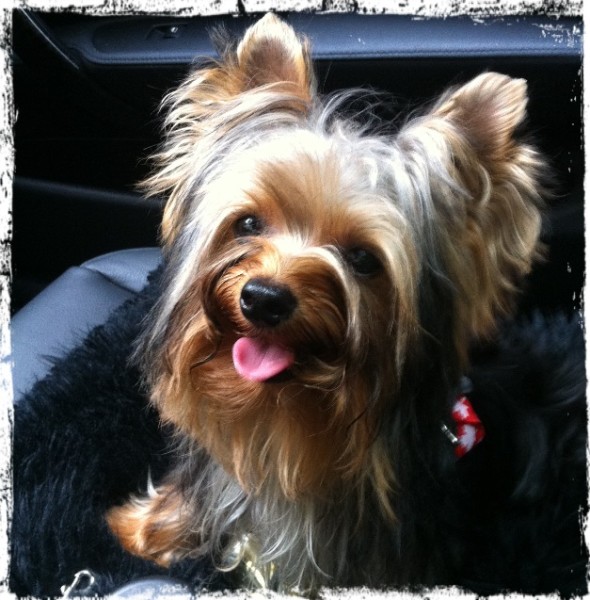 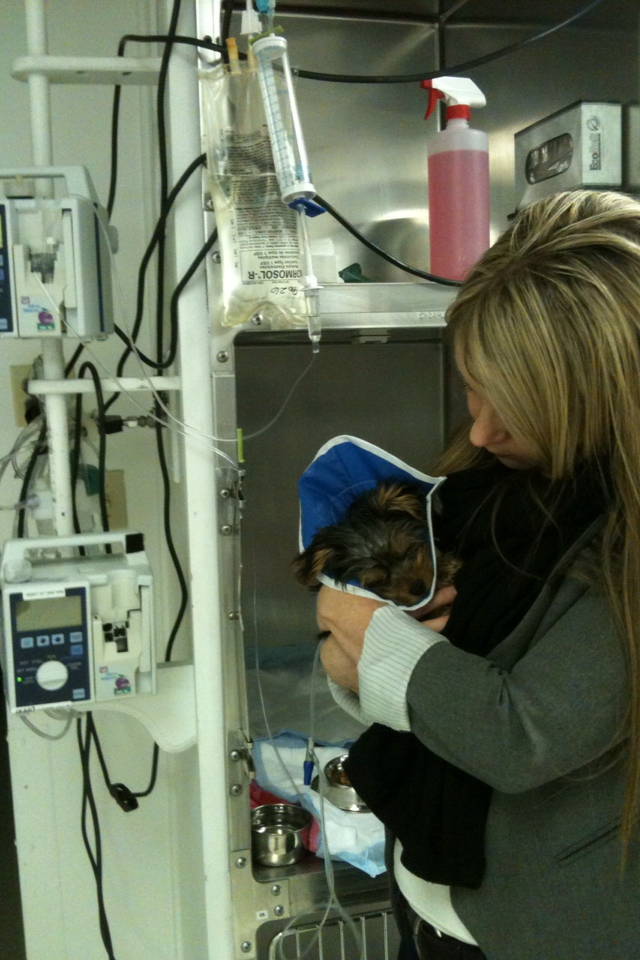