I’ve had the privilege of working with the talented and hilarious CTV News at Six anchor Mike Killeen for almost a decade. When I was the evening writer, Mike would occasionally fill in anchoring the late news and, when we were lucky, bring in his Weiner dog Max. Little Max would sprint around the studio as we sat on the newsdesk banging out a lineup.

Years have passed and rules have changed — we’re no longer allowed to have our family pet terrorize the local newsroom — but Max has remained a tour de force in the lives of Mike and his lovely wife Jill, and their sons.

Mike chatted with VanCity Buzz about the joys and challenges of sharing your home with a tiny four-legged friend.

Tell me about Max

The acquisition of Max came after months of begging by our oldest son Ryan almost eight years ago. Ryan is 20 now! Jill’s family had a dog, ours didn’t. 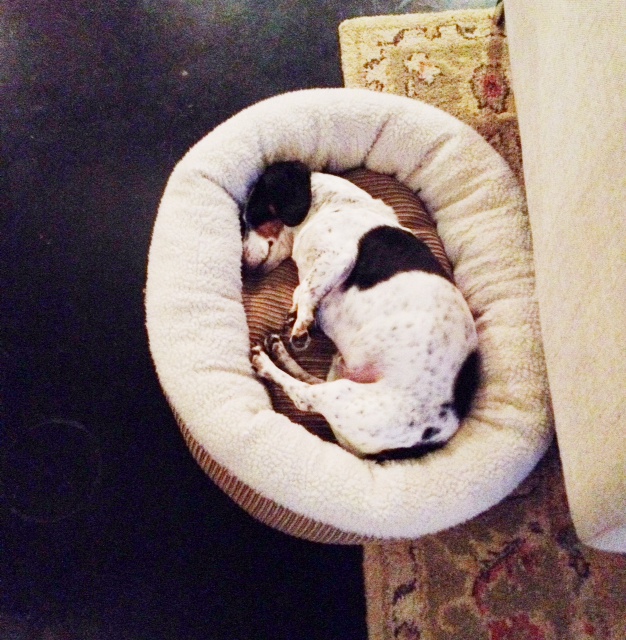 Why a Weiner dog versus another breed?

Ryan was only interested in Weiner dogs and actually did quite a lot of research into the breed.
We got Max (who is named after the dog in The Grinch) from a breeder in Langley. She told us that Max would be OUR dog because the novelty would wear off for Ryan down the road. Ryan still loves Max… but the breeder was right!

Do you think he has a distinct personality?

He is full of personality. Very territorial within 100 meters of the house. At least 20 seconds of barking when visitors arrive, but happy and friendly with other dogs and people everywhere else.

When he wants a treat he eyeballs the cupboard where we keep them. If he hasn’t been outside because of lousy weather he will insist on a game of tug of war with a toy or blanket. He likes to win.

You’re a busy media guy — how does your family divide up responsibility? 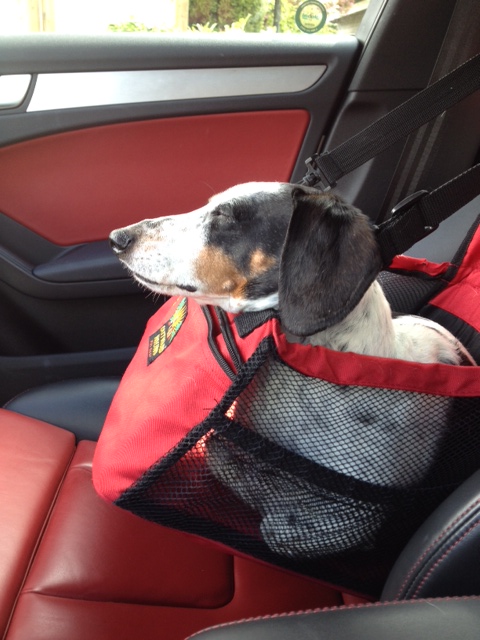 The boys don’t do very much. They’ll take him out when they’re asked or if we’re not around. Jill takes him for walks and we both do on weekends. He loves to “hike” as well. Our part-time housekeeper loves Max and takes him out a couple of days a week. He also likes visitng our dogsitters when we’re away, and comes back exhausted.

I know my dog really gravitates towards me versus my fiancé. Any of that going on in your house?

Max definitely gravitates towards Jill’s lap, but if she’s not around… I’ll do. 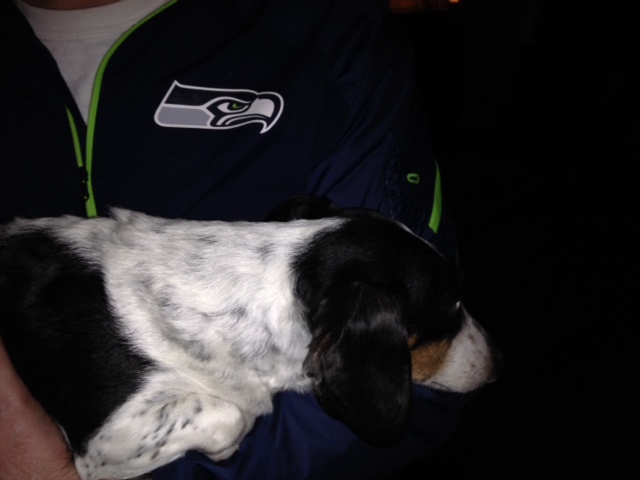 Do you think you’ll always have dogs?
Another dog down the road? Unlikely. No offense Max. A couple came up to us last year while we were walking Max and said they recently lost their Weiner. Jill asked how old he was. 18, they replied. Jill’s response: “Oh dear.” 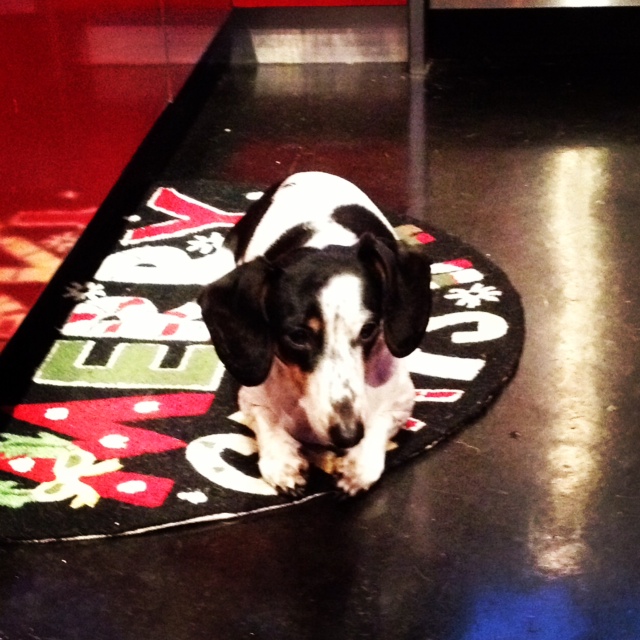