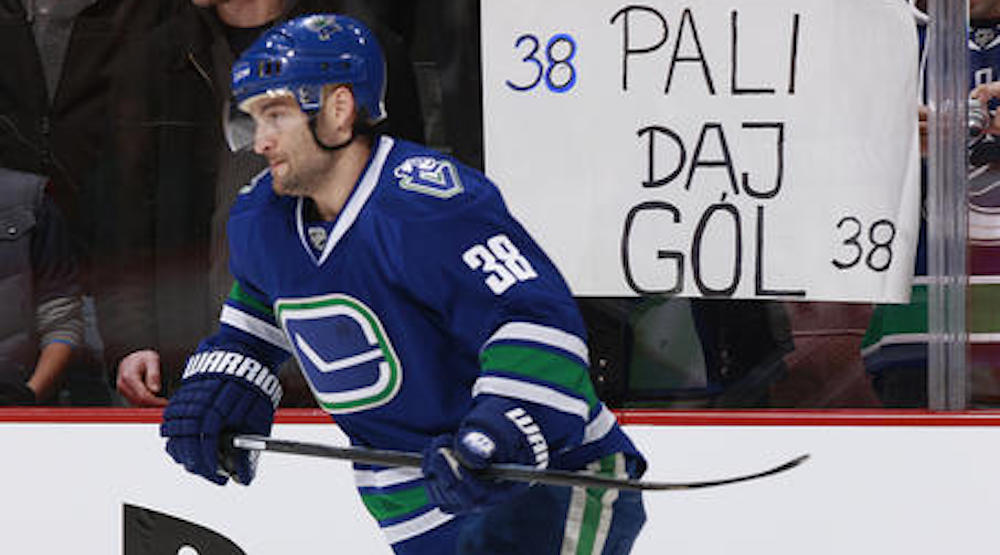 A documentary on the life of former Canucks winger Pavol Demitra will be shown at the Heart of Europe Festival at the Rio Theatre in East Vancouver on Monday.

The movie Pavol Demitra: 38 is a film in Slovak, but will be shown with English subtitles.

Demitra played 97 regular season games with the Canucks from 2008 to 2010, scoring 69 points. He had a tremendously successful NHL career, scoring 768 points in 847 games before moving on to the KHL. Prior to the start of his second season in the KHL, he and his Lokomotiv Yaroslavl teammates were tragically killed in a plane crash.

Demitra was one of the greatest hockey players Slovakia ever produced. His crowning achievement came in Vancouver while a member of the Canucks, although not in an NHL game.

During the Vancouver 2010 Olympics, Demitra had a remarkable tournament. Despite having missed most of the 2009-10 NHL season with a shoulder injury, he led the Olympic tournament in scoring with 10 points, helping Slovakia to a surprising fourth-place finish.

Description: This unique documentary follows the life of a Slovak hockey legend, Pavol Demitra. It takes us from the very beginning of his career in Slovakia through successful years in NHL to Lokomotiv Yaroslavl and his tragic death in a plane crash on September 7th, 2011. His family, friends and fans around the world remember him not only as a top sportsman but also as a good man with strong character.