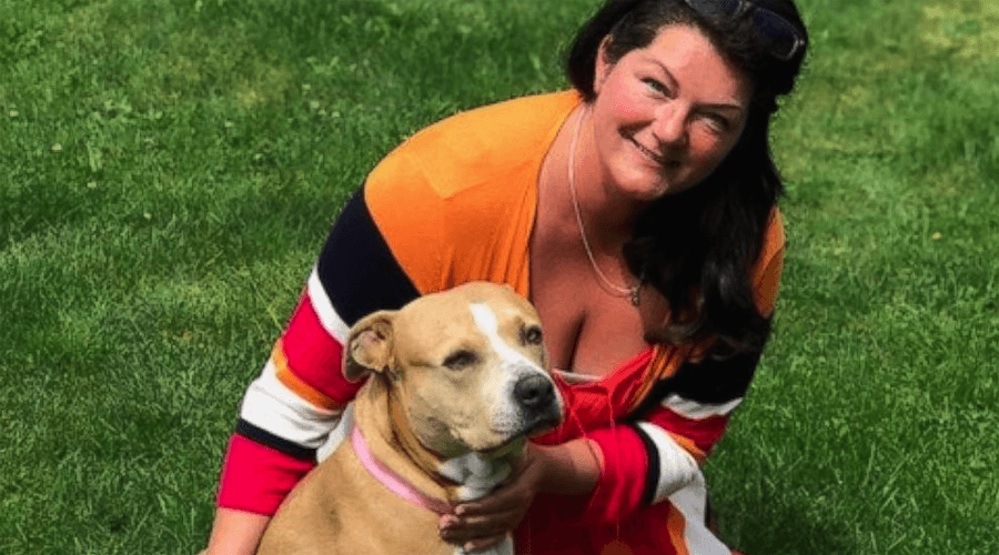 When Paula Power’s search for a pit bull came up empty in her hometown of Chilliwack, BC, she started searching further afield, but had no idea just how far her journey would take her.

Wanting to find a rescue dog instead of a breeder puppy, Power began searching in Alberta and British Columbia, eventually expanding her search into Washington State in the US.

But it was a call to Canadian Border Services Agency (CBSA) to check on paperwork requirements that led her all the way to California.

The border agent on the phone told Power to check out the Front Street Shelter in Sacramento because “they are in crisis and giving the dogs away for June because they are due to be euthanized.”

After checking them out on Facebook, within hours Power, her boyfriend and their kids had crossed the border into the US. and off on their 16-hour drive to Sacramento.

Their timing was critical.

Situated in a low-income area that suffers from severe pet overpopulation because of a lack of spay and neutering, the city-run Front Street Animal Shelter was literally bursting with animals in need of a good home.

It launched a free adoption event for the month of June because it had more than 250 dogs at the facility and only 97 kennels to house them.  Many of the dogs end up there as puppies from unwanted or unplanned litters, or are family pets that are given up on.

“Most of our animals come from lower income areas in the community. Many people don’t even come looking for their lost pets because they assume they can’t pay to get them out – they’ll say it’s cheaper just to get a new one,” said Bobby Mann, the public relations coordinator for the shelter.

Even though Power and her family had browsed the adoptable dogs online before getting there, the experience of seeing so many unwanted dogs was overwhelming.

“I broke down and cried a couple of times. My boyfriend said ‘what’s wrong?’ and all I could utter was ‘people suck.'”

In the end, it was a shelter volunteer that introduced them to Joyce, a pit bull that was “such a good girl” but kept getting passed by.

“It was his comment that sealed the deal. I didn’t want such a sweet girl to get passed over again and face a certain death. I said ‘she is mine and I am hers,'” Power said. 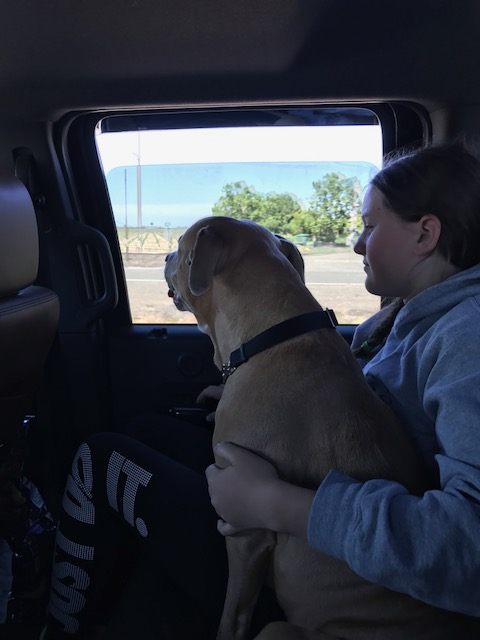 The shelter was “blown away” that Power and her family drove all the way to Sacramento to adopt a dog that literally no one else wanted.

“It’s incredible. You can’t make this stuff up. It’s just magic,” he said.

Although the dog was a stranger, Joyce took her turn getting to know the family by taking turns sleeping on them during the long car ride back to Canada. The marathon car ride also gave Power time to pick the perfect name: Sophie, or Sophia Lauren, because “she is such a little lady.”

Sophie loves her new home in BC, including her big brother Kane, a Czech shepherd. She has met chickens on the farm and even come nose-to-nose with a horse. 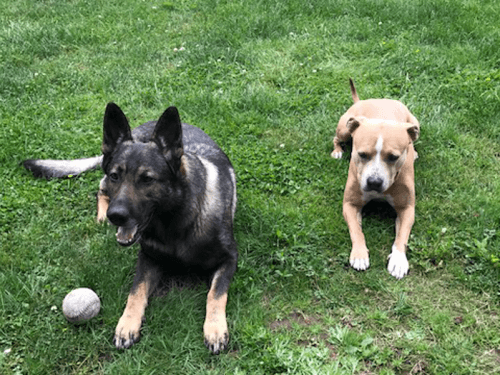 Power works in a bankruptcy trustee office, and she hopes to have Sophie trained as a service dog to help the clients she sees who are suffering from family and financial issues, and anxiety.

She hopes Sophie’s story will inspire others to “take a chance” on an unknown rescue dog, especially in California and Arizona – states that are overrun with pit bulls and chihuahuas.

“Since we have been home her personality flowered and exposed things we couldn’t have seen at the shelter with all the stress and distractions,” she said.

“She is sweet and has a soft nature, yet she is confident and loyal. She really is amazing.”

More than 275 dogs and counting have been re-homed at Front Street in June, which is a lot but still a drop in the bucket when you consider the shelter takes in more than 11,000 animals annually.