Awkward jokes! Bunny rabbits! Kitschy opening videos! If you go see a Talent Time show this is what you can expect to see, and more!

Usually Talent Time is held the first Wednesday of every month at The Biltmore; but for their end of year extravaganza they decided to go with a much larger venue, The Rio Theatre. It managed to fill the space quite handily, with a few larger acts that wouldn’t usually fit onto the Biltmore stage. 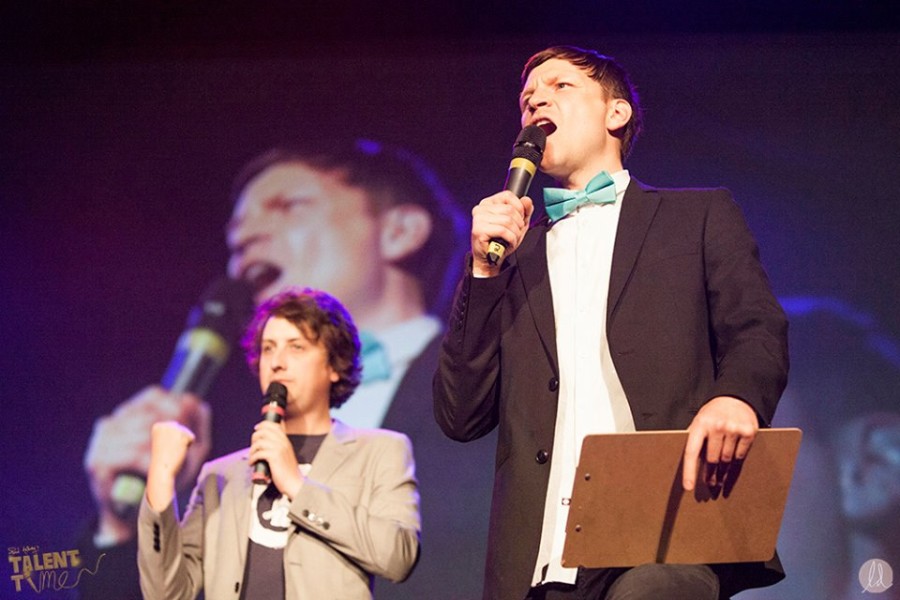 Co-hosts Paul Anthony and Ryan Beil are almost more entertaining than the acts themselves; their witty banter (and some gentle jabs at their invited performers) had people in the audience in stitches. (After young singer Jonah Weisner finished his rendition of Rod Stewarts ‘Forever Young’, Ryan Beil emerged back onstage to tell him “We all die, Jonah”).

One of the unique things about this show is instead of just bringing out random acts and having them perform, Paul and Ryan sit down and interview chosen performers letting us really get to know them, and of course giving the hosts a chance to poke a bit more fun at them and get the audience excited. 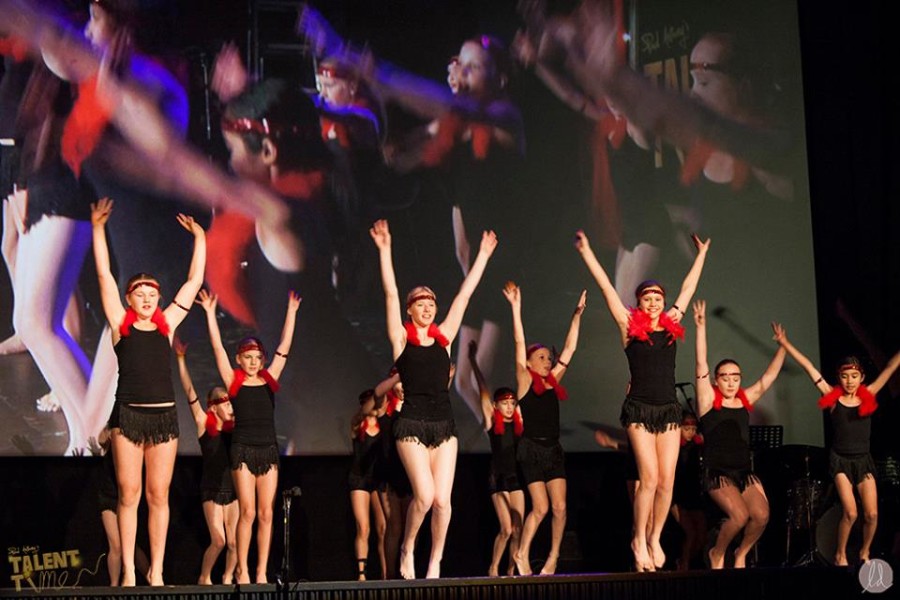 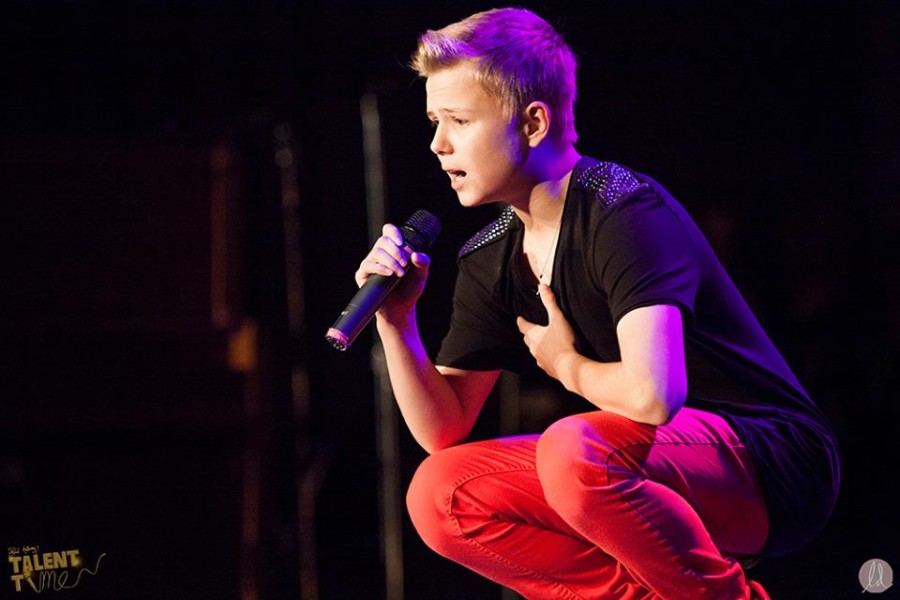 Singer Jonah Weisner started off the night singing a ballad and accompanied himself on the piano. Apparently he is currently in talks to appear on the Ellen show, for obvious reasons once you hear him sing. The Gymnaestrada team from Splitz Gymnastics in Surrey BC did an adorable routine to the Chicago song “All That Jazz”. Comedian Bryan Nothling brought something different to the show and had people guffawing at his jokes about duvet covers and getting into arts school. 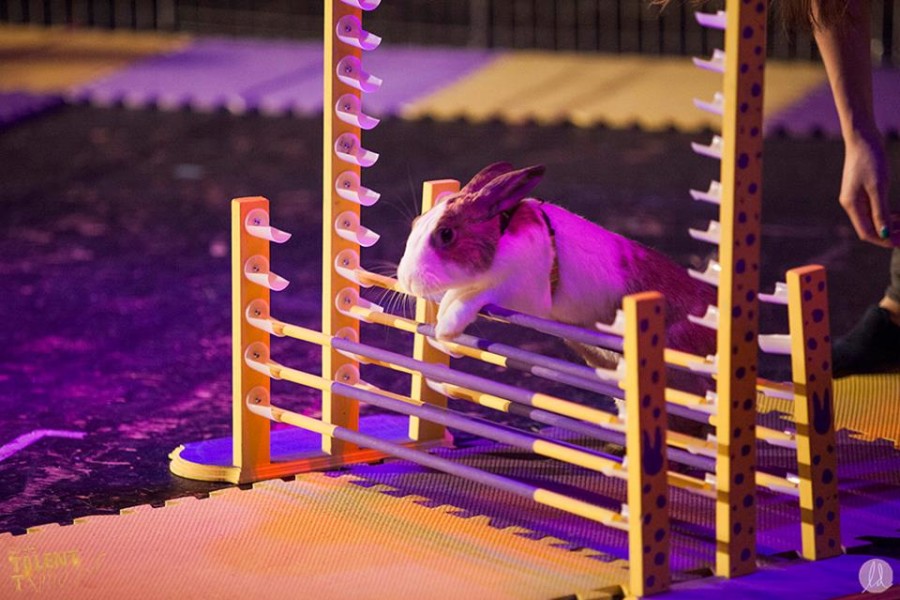 The most exciting act of the night came in a cuddly fluffy form with Vancouver’s Rabbit Agility Club (you didn’t know we had one of those, did you?) doing various obstacle course races, pitting various bunnies against one another in a fight to the finish! The performance spread over the first and second half of the show, allowing people to place bets on bunnies during the intermission. These rabbits needed a little bit of help from their trainers staying on course, but how can you not love seeing fluffy rabbits jumping over poles and through hoops? It’s impossible not to! 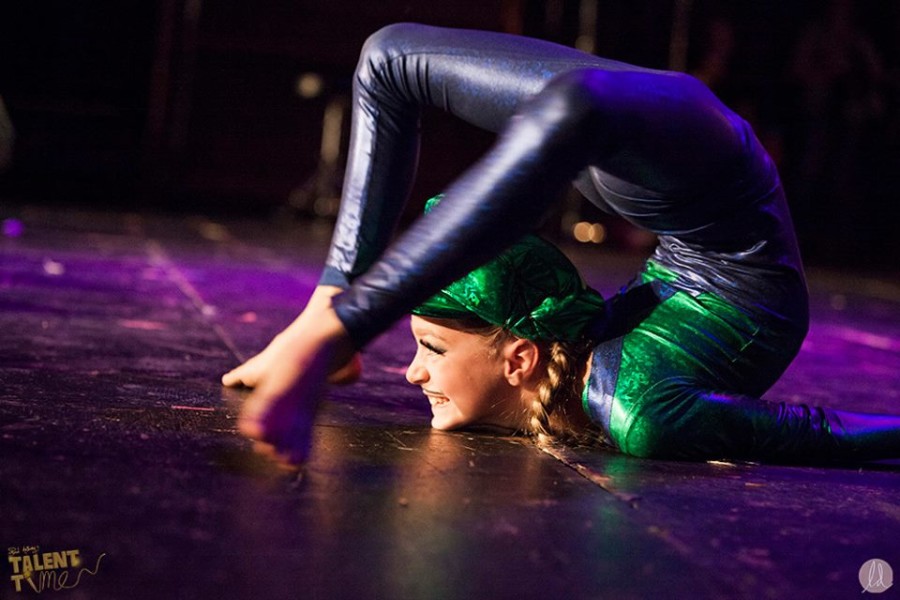 Gymnastics duo Asiah Almerez and Leila Wheeler were the last act of the night, performing their Mario Brothers dance routine with energy and gusto. In fact some of their dance moves were pretty crazy, one involved them keeping their chests on the floor all the while smiling at the audience and having their legs walk all the way around themselves (“that was some exorcist level shit” was what my boyfriend had to say).

Fun is maximized to its greatest potential in this variety show, it’s interactive, and there’s an element of surprise when you walk in not knowing exactly what to expect from each performance.  I can guarantee I will be front row centre when they are (see update below).

UPDATE: Talent Time has now moved to The Rio permanently! Their 7th season launch will take place at The Rio Theatre on Thursday September 4th.