Vancouver may soon get even more patios – and even fewer parking spaces – if a staff recommendation to the City is passed, according to a document obtained by Vancity Buzz.

The document, which is not yet public, includes several recommendations aimed at “Enlivening Streets and Supporting Businesses” in the city.

That includes permitting businesses to place patios into parking lanes – doing away with the parking spaces totally. The proposal cites the example of Seattle’s Streatery program, that program allows businesses exclusive use of patios in parking spaces during certain hours, outside of which the space is open to the public.

Diagram of a patio in a parking lane 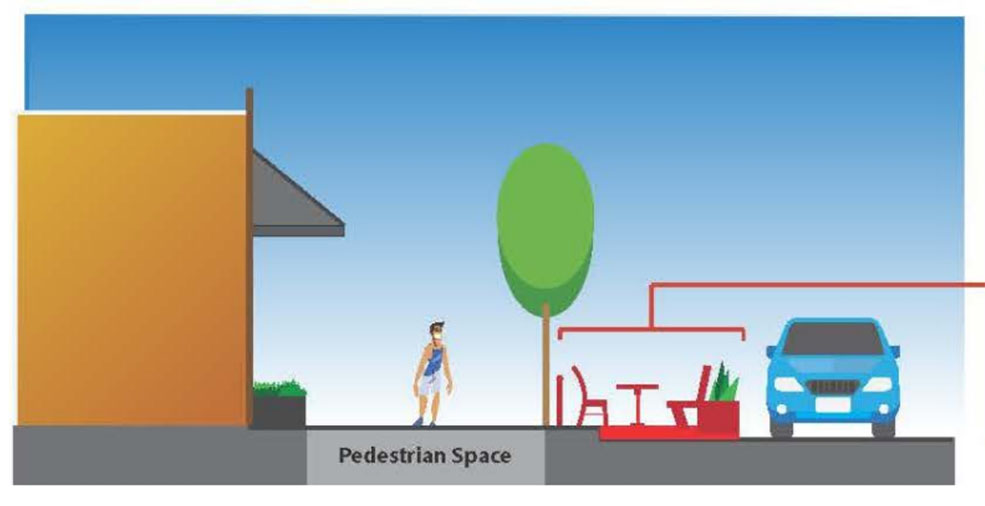 In Vancouver, the businesses would own the patio, parking meters in the space would be removed and that lost revenue would not be charged to the businesses operating the patio.

However, City staff suggest some of this revenue could be clawed back through application fees required from the businesses who wish to take over the parking spaces. Application and approval fees would total $1,404, while businesses would also be expected to pay $125 for each parking meter they want to remove. Annual renewal would be $500.

According to the document, staff are asking the City to carry out a three-year pilot to see whether the program could work, allowing 10 patios to take over parking spaces each year. 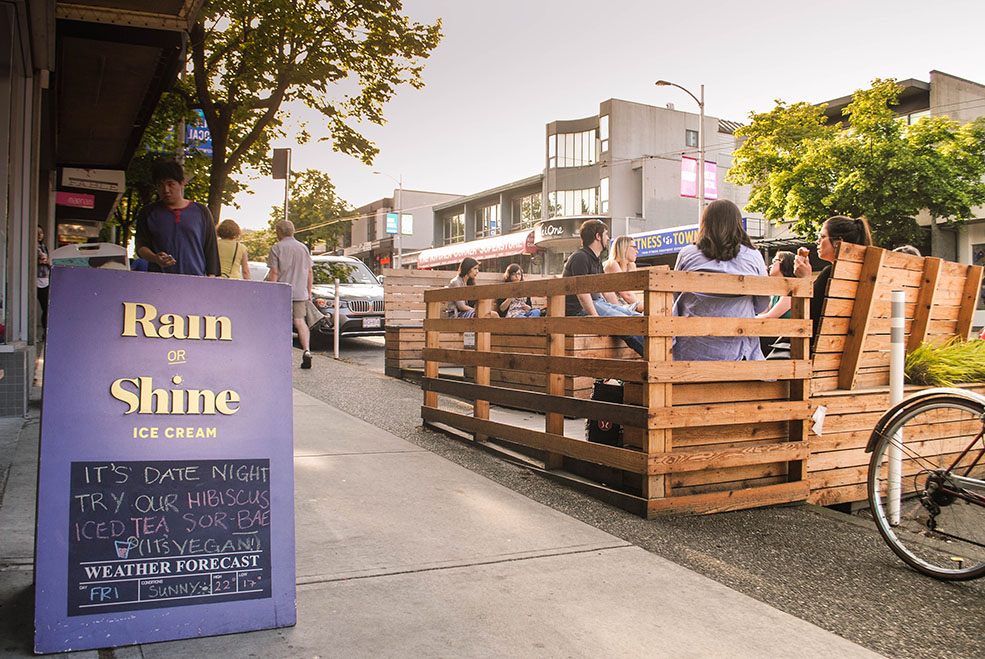 City staff also recommend a regular program to create more parklets in Vancouver. The city already has six parklets, as part of a pilot program, all of them located in parking lanes.

They vary from patios in parking spaces, as they are still owned by the City, and although a nearby business maintains them they remain open to the public at all times.

Diagram of a parklet in a parking lane 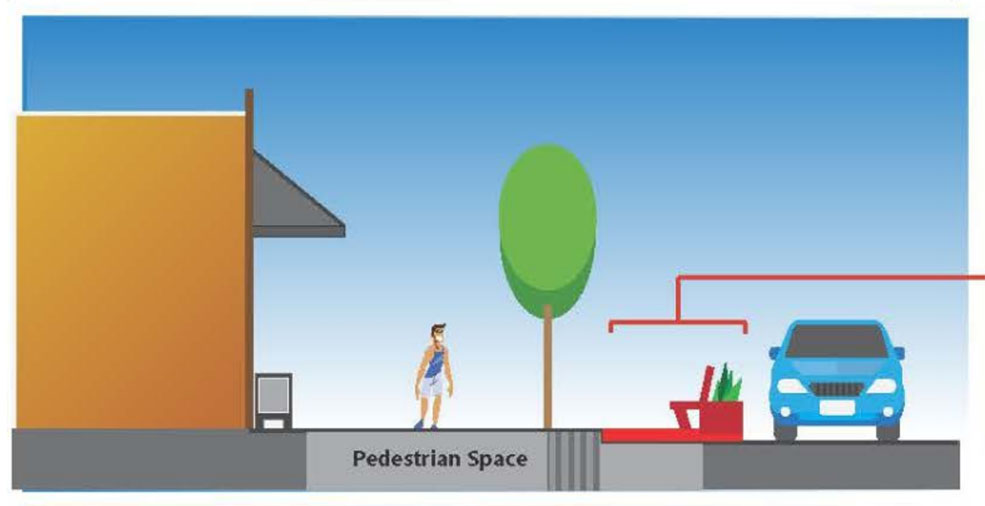 City staff are also recommending that a Craft Carts pilot program is launched in spring 2017, in collaboration with the Craft Council of BC.

The pilot is expected to be a multi-year program with multiple locations; up to 10
mobile vending Craft Carts are anticipated in its first year.