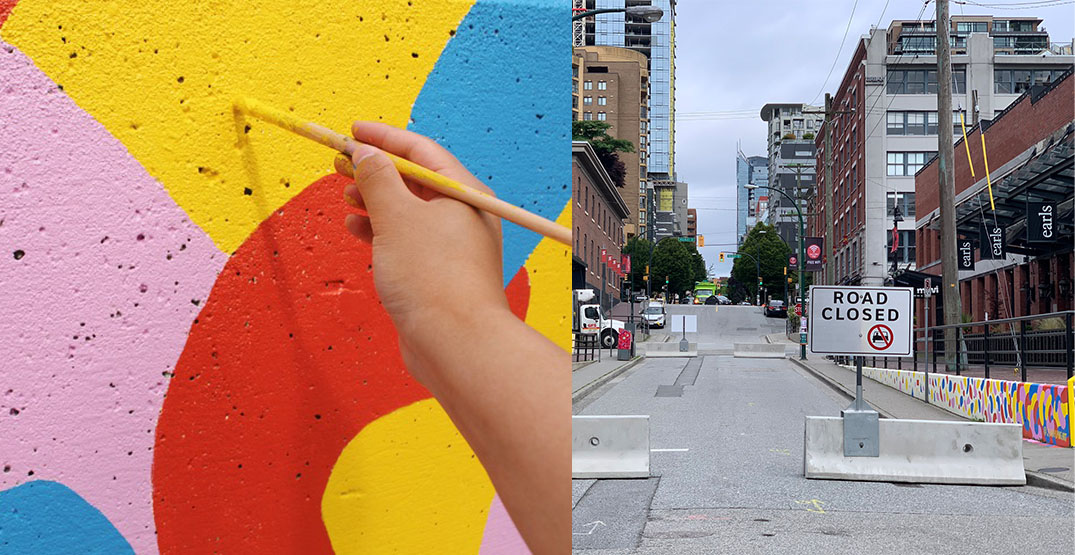 A mural exploring how people inspire and shape each other is the focal point of a new public plaza in Vancouver’s Yaletown neighbourhood.

Part of Helmcken Street was closed to cars this week to make way for the new plaza. On a a wall across from Earl’s, artist Jean Huang spent the past couple weeks painting a new mural to beautify the space.

“I hope the mural brings the feeling of community,” Huang told Daily Hive. “The concept of the mural is about how when we interact with each other, our edges soften and we become unique shapes. And although all the shapes are different, they still all fit together: we shape each other and fit together.” 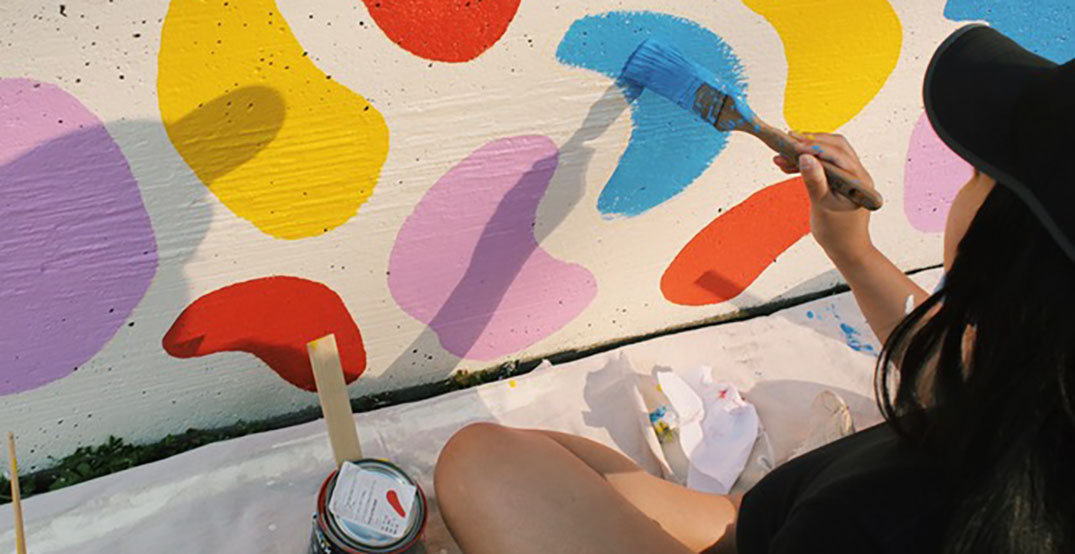 Painting her first mural was challenging because of the rainy weather Vancouver has been seeing. Huang needed to wait at least a day for the paint to dry between each session, and take humidity into account for how the final piece would look.

She ended up painting most of it on two dry days from about 8 am to 10 pm each day.

“They were long hours, but the friendly people who live and work in Yaletown always gave me an energy boost with their encouraging words,” she said.

Working with the space was a fun challenge too, because she had to navigate around a staircase, a curved wall, and a corner. Painting the lower levels involved some “acrobatic” positions, Huang said. 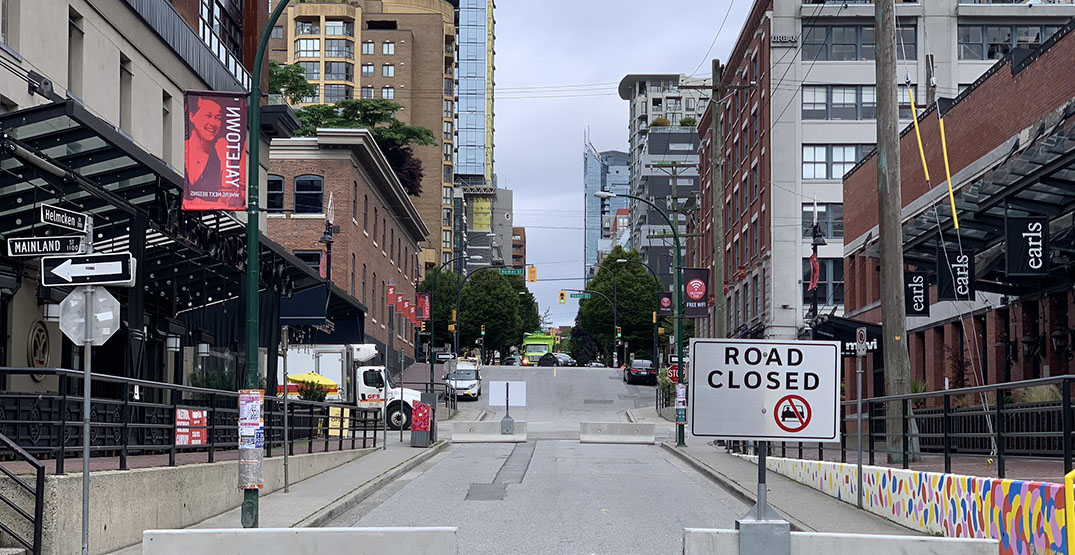 But in the end, space plays into how people see the mural. Huang incorporated the ledges, curves, and stairs so to entice people to come to the plaza. The painting’s shapes appear to gradually morph as you walk around the corner to the mural, finally coming together as you view the whole piece.

She also intended the mural to hint at body positivity — because it embraces different shapes and sizes rather than showcasing uniform imagery.

Huang said her idea for the mural was inspired by the paintings she saw on boarded up stores downtown during the pandemic. As luck would have it, she checked Twitter later that day to see the Yaletown Business Improvement Association had put out a call for artists.

Daily Hive has reached out to the Yaletown BIA and to the City of Vancouver for more details on the new plaza, but has not yet heard back.

Huang’s Instagram showcases her artistic range — she does beautiful pieces recreating nature, as well as more abstract ones. Right now, she’s working on a series of abstract pieces exploring people’s shared feelings during the pandemic.