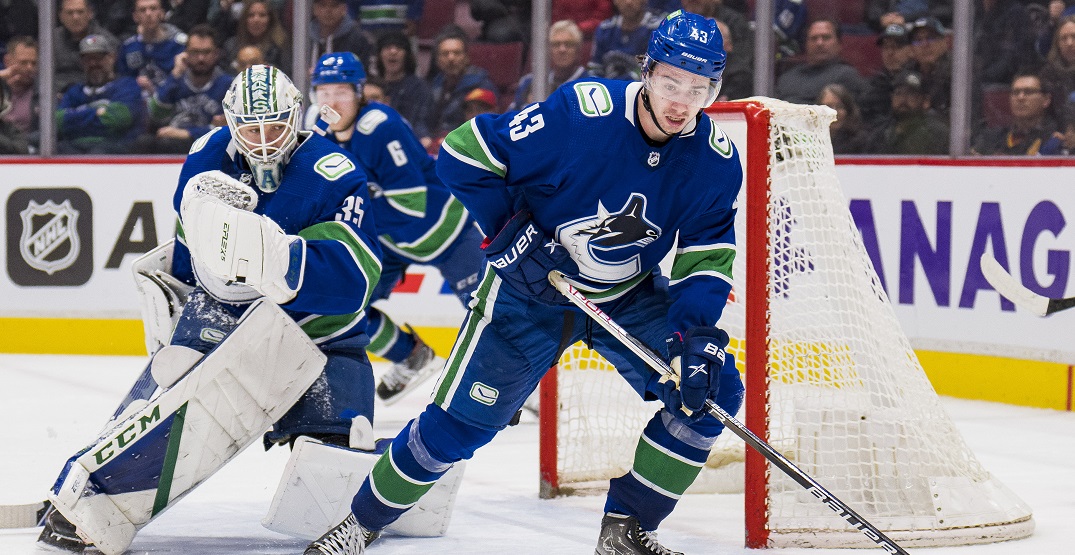 Was it the biggest goal of his career? That’s probably stretching it, given he scored twice in the playoff bubble in Edmonton two years ago.

But this much is for sure: Tuesday night’s overtime winner by Quinn Hughes to keep this crazy Vancouver Canucks playoff dream alive was certainly his biggest goal this season.

Now, let’s be honest: it’s not like there is a vast array to choose from. Last night was just his sixth goal of the year and his first in dozen outings since he last scored in a home game against Washington on March 11th, more than a month ago.

No one is asking or expecting Hughes to be a 25-goal scorer: there’s only one of those at his position in the league this season. And with time winding down on the regular season, there are likely only three defensemen who reach the 20-goal mark.

Based on that, 20 goals seems like a reach for a player whose career-best is eight. And even as a high-scoring, point-producing blueliner in his pre-draft days at the University of Michigan, Hughes only posted a pair of five-goal seasons.

So while Quinn Hughes does so many things so incredibly well, goal-scoring isn’t really his thing. And for the most part, that is okay.

He can still drive play and run an NHL power play and set up others for the glory of goal-scoring.

But you do have to wonder just a little bit why a guy that thinks offence the way he does and creates offence the way he does and plays as much he does can’t find a way to add just a few more goals to round out his resume. After last night’s action, there are 54 defensemen – an average of nearly two per team – around the league with more goals on the season than Quinn Hughes.

I think we all know that his shot is never going to be his best weapon. But even if that holds him back to some degree, his ability to get up ice and join the rush and create that second layer of offence should, in theory, put him in a position to put a few more pucks in the net.

And then you get to overtime, where his sublime skating skills should make him a threat during every shift on the ice at 3-on-3, yet he really hasn’t been able to assert himself in that situation.

Even last night, his goal wasn’t the result of taking advantage of the ample space available in overtime and turning defenders inside out.

But to his credit, Hughes used his smarts and his awareness to get to the front of the net. And then, when the puck appeared on his stick, he showed remarkable poise and patience as he outwaited Robin Lehner and gave the Canucks a 5-4 win they simply had to have.

Quinn Hughes is a terrific player and a difference-maker on many nights. And maybe this is me picking at one of the team’s top players for something he doesn’t do rather than appreciating all the good things he does. But you just wonder; how much better he’d be – and in turn, the team would be – if he could find a way to contribute 12-15 goals each season to his bottom line.

If he were a shooting threat, it would open up more ice for teammates. But, just think about this: Of all the close games the Canucks are involved in, what one more goal from Hughes every 10 to 15 games might do to tip an outcome in Vancouver’s favour.

Hughes’ goal last night was just the second game-winner by a Canucks defenseman all season, and that was game 74.

But there’s no question it was a big one for Hughes and his hockey team. One that keeps the Canucks in the mix of playoff conversations and makes the next game even more important than the last one.