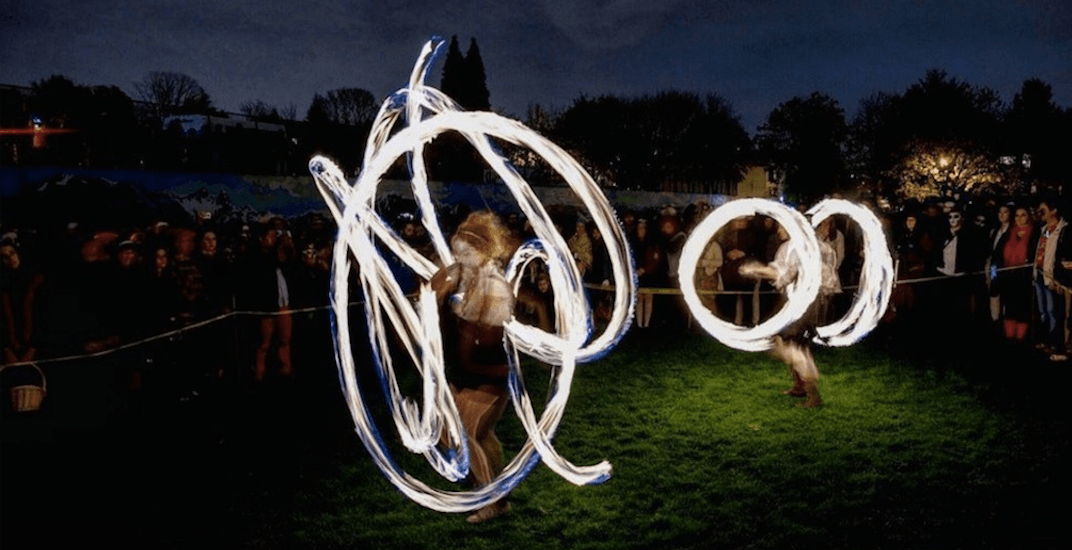 This Saturday, the 2019 Parade of Lost Souls will be returning to East Vancouver.

The annual event, which is hosted by the Dusty Flowerpot Cabaret on the last Saturday of October, takes place around the Brittania Library and Community Centre.

The marine-themed event features parades beginning on the hour, at 7, 8, and 9 pm, with the earliest time being designated for young children. Each parade begins at Napier Street and Commercial Drive and finishes near the centre’s tennis courts. Naturally, costumes are encouraged for the event. 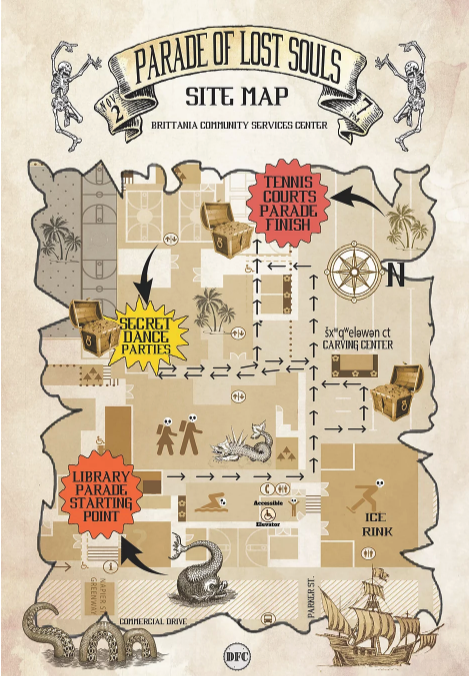 The Parade of Lost Souls map (Screenshot from website).

“The annual tradition, a decades-old East Vancouver mainstay, is refuge and release, community and collective for thousands of lost souls,” reads the event website. “Participants of the Parade of Lost Souls Festival gather together to redefine their ideas of community engagement.”

The event also includes an after-party that will be held at The Wise Hall from 9 pm to 1 am.

Admission to the Parade of Lost Souls is by donation (although the organization recommends a donation of $10); tickets to the after-party can be purchased online for $25 or at the door for $35.

When: Saturday, November 2, 2019
Time: Parade runs from 7 to 10 pm; after-party from 9 pm to 1 am
Where: Event begins at the Brittania Library – 1661 Napier Street, Vancouver
Admission: Entry by donation, after-party tickets available online for $25 to $35