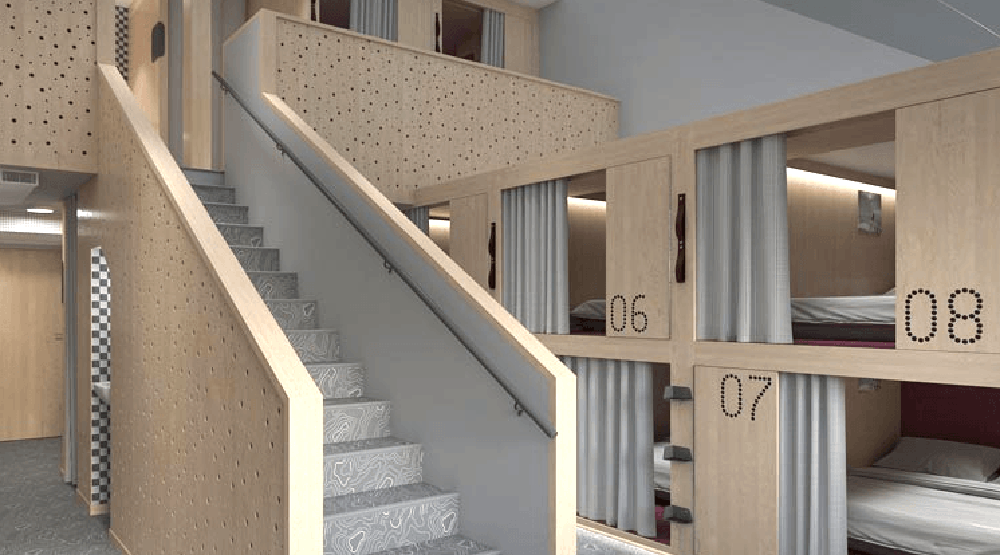 A new hotel “unlike anything else in Canada” is set to open in Whistler next April.

Called the Pangea Pod Hotel, the new business seeks to fill what its co-founder Russell Kling said is a “huge gap” in the accommodation market.

Kling told Daily Hive the core idea behind Pangea is that guests only pay for – and receive – the parts of a hotel room most people use: the beds and the bathroom.

“People want to come to Whistler and pay for experiences,” he said. “But they’re not going to be able to do all that if they’re spending all their money on accommodation.”

Pangea, he furthered, will “speak to sophisticated, value-conscious guests unwilling to compromise on location, function, and aesthetics.”

And while a price point for a stay at the hotel hasn’t yet been set, a PR representative for Pangea said it would be “firmly between the rate that you would find for a hostel that is located on the outskirts of Whistler, and a basic hotel room in the village.”

The hotel itself will feature a series of custom suites, housing a total of 88 private sleeping pods.

Each pod will include features such as wood lining, memory-foam mattress and high-end linens. 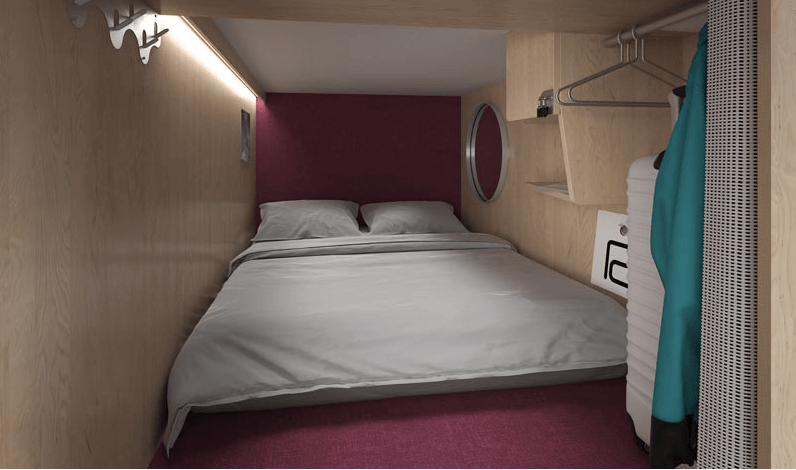 A rendering of a sleeping pod in the Pangea Pod Hotel opening next year.

While the concept of “shared bathrooms” can be of concern to some travellers, Kling said that’s not the case here.

“We asked ourselves, ‘Why do people go into the washroom and lock the door in the first place?'”

Ultimately, four main reasons were identified. These included, to shower, to use the toilet, to apply makeup or shave, or simply to get fully changed. With this in mind, Kling said he decided to “turn the shared bathroom concept on its head.”

Rather than build just one single space, each bathroom was turned “into four separate rooms or access pieces, so four different people could use just the part they need at the same time.”

This, he explained, means that for a suite of eight pods (two rows of four, double-stacked) the bathroom ratio is 4:1, with the bathroom itself broken down into eight separate components.

More than 60 of these bathroom components are spread among Pangea’s suites. To compare, a typical hostel bathroom ratio can be anywhere from 12 to 16:1 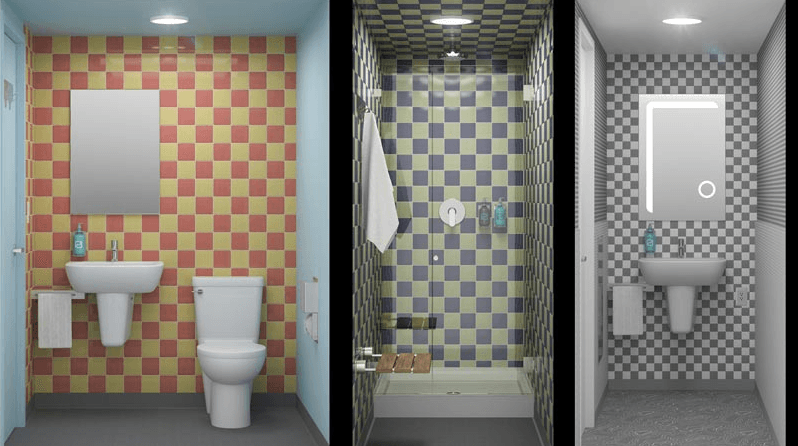 A rendering of the bathroom concept at the Pangea Pod Hotel opening next year.

“After travelling the world extensively with my husband, Russell, we knew we had to approach the ‘bathroom situation’ differently to excite the kinds of travellers we want to attract,” said Jelena Kling, Pangea’s co-founder.

And while the pods are meant to be the spot to rest, a communal area called The Living Room is meant to give guests a “connection with other travellers and with Whistler itself.”

Located on the second floor and designed as the property’s “hub,” The Living Room’s large drop-down glass panels will overlook the Village Stroll, creating the feel of an outdoor patio, with long shared tables in the café and sitting areas in the bar and lounge. 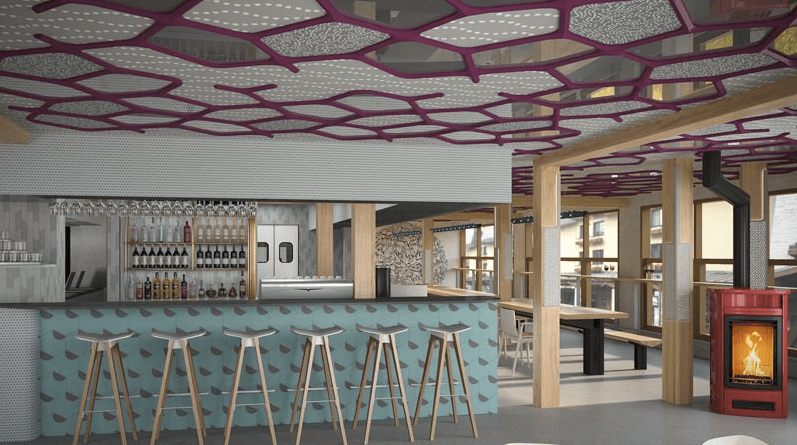 A rendering of “The Living Room” inside the Pangea Pod hotel

The Patio, Pangea’s rooftop bar (and the only one of its kind in Whistler) on the third floor, will offer views down to the Village Square and beyond. 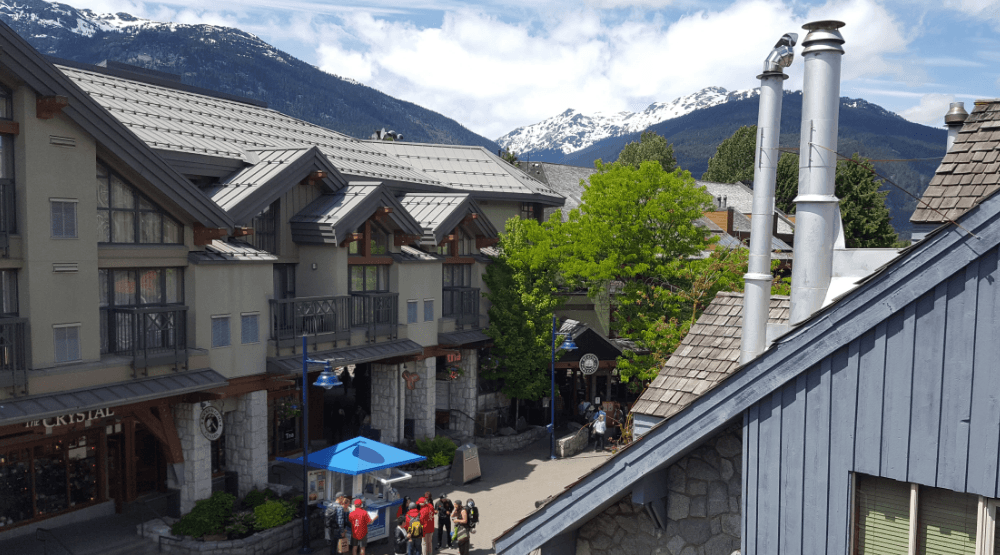 An area known as The Toy Box will offer secure storage for bikes and skis, and a place to hang wet gear as well.

While the Pangea and the concept behind it is fairly new, the hotel’s location will be a familiar one to Whistler locals and frequent visitors.

Centrally located on Whistler’s Village Stroll, the building itself was an old time-share property built about four decades ago “that was pretty much falling apart,” Kling explained. Rental occupancy was low, and owners of the time-share units wanted out, he added.

But because of its location, municipality development requirements, and the shops currently operating on the ground level of the building, a tear-down and rebuild was out of the question.

“Essentially we had to re-create a building within a building, and [create] a new facade that replicated the old facade,” said Kling. “When all is said and done, we will have put about $10 million into this project.” 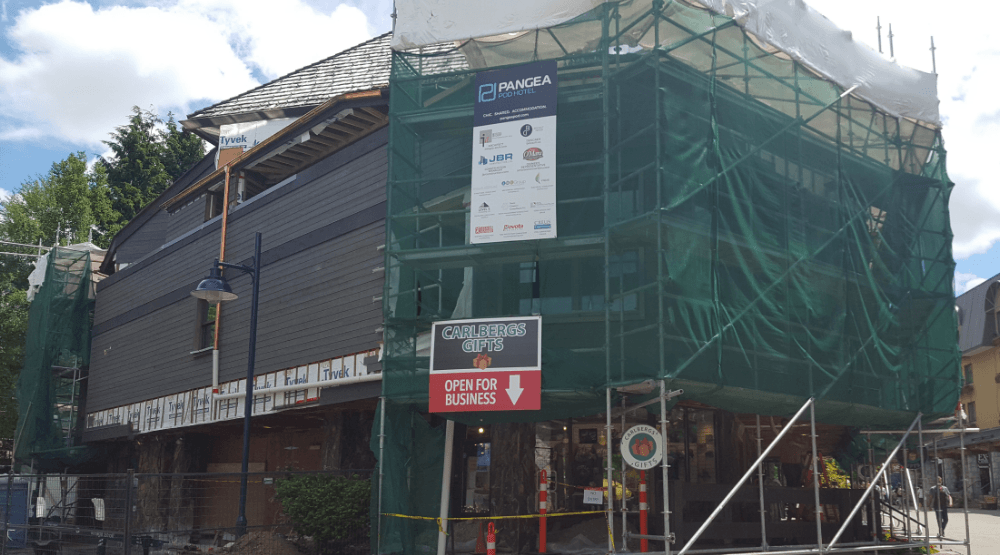 But beyond the redevelopment, “we’re adding diversity to Whistler’s accommodation mix and we want the building to last for the next 50 years,” said Kling.

Pangea, he added, “will reinvent accommodation in Whistler for a generation of travellers who expect more for less and want to spend their money on experiences, not on… hotel room space in which they simply sleep. Our guests have money to spend, but not to waste.” 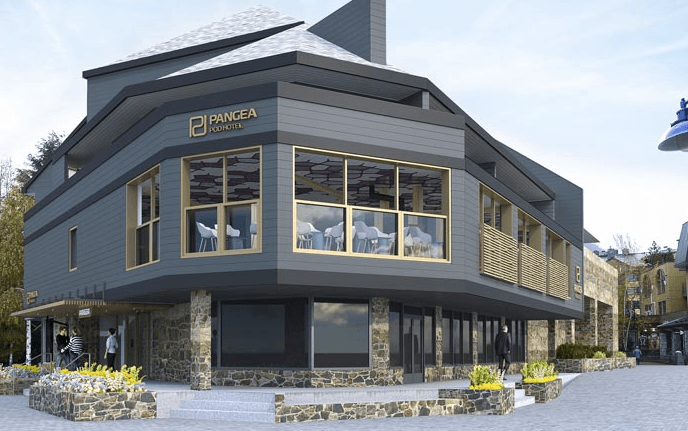 A rendering of what the Pangea Pod Hotel will look like when it’s completed next April.