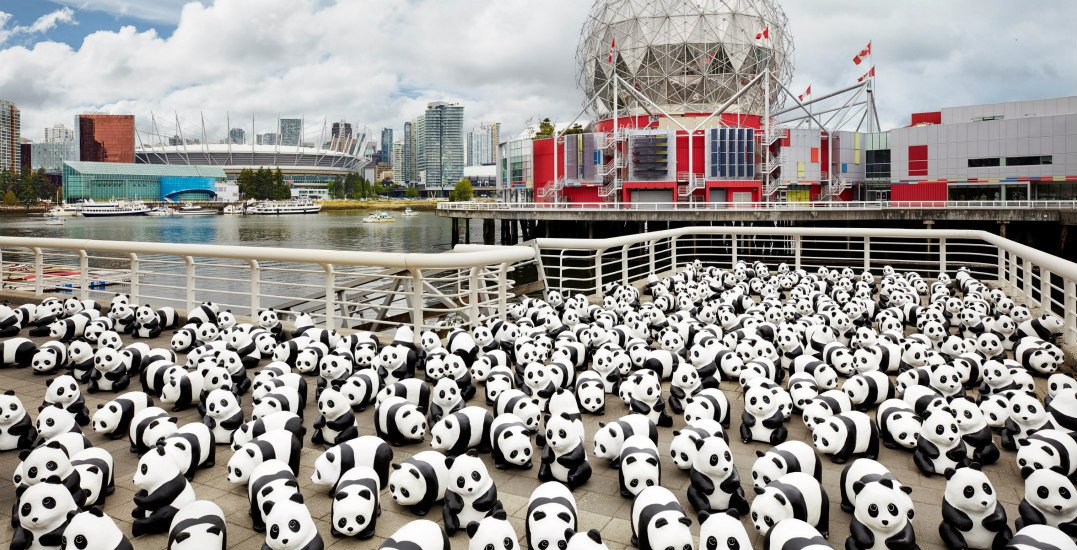 You may have already heard that giant papier-mâché pandas are coming to Metropolis at Metrotown this summer – it was not a joke. From July 10 to August 8, Paulo Grangeon’s hand-crafted pandas (all 888 of them) will be on display at the mall’s Grand Court as part of the 1600 Pandas + World Tour in Canada.

Naturally, seeing these extravagant pieces of panda art will make you want to see the animals for yourself, in real life. And this could soon be a reality if you enter the daily contest at the Grand Court kiosks because you could win a trip for a family of four to see pandas at Calgary Zoo.

It doesn’t end there; this grand prize includes economy airfare for a family of four, three nights accommodation at the Sheraton Cavalier Calgary hotel, along with admission to the Calgary Zoo, and a $500 Metropolis at Metrotown gift card. One grand prize winner will be drawn after August 8.

To further celebrate the exhibit, contest, and real-life pandas, we’re giving one reader a $500 gift card for Metropolis at Metrotown. Enter the contest below for your chance to win! 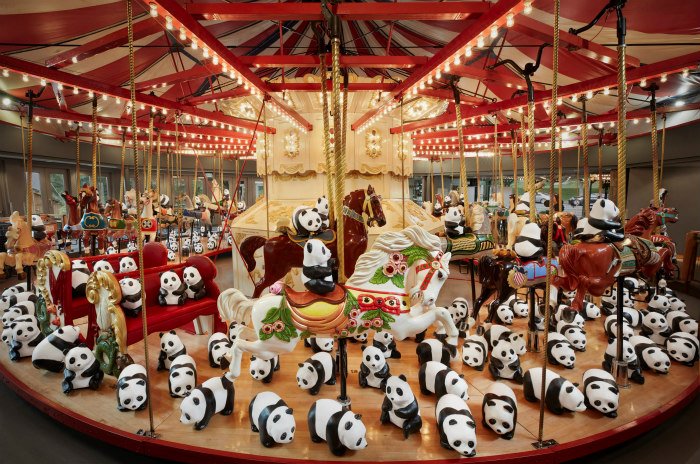 Metropolis at Metrotown is the latest stop for the roving exhibition which has been showcased in over 100 exhibits worldwide for almost a decade. The 1600 Pandas + World Tour in Canada is a tender homage to some of the earth’s cuddliest and coolest animals that could ever be called bears, but it’s also a work of activism.

With World Wildlife Fund Canada (WWF-Canada) as the exhibit’s beneficiary organization, the exhibit is being presented to also raise awareness about wildlife conservation, panda care, and sustainability.

Visitors will also be able to adopt a papier-maché panda to take home after the exhibit is over. If you want to take home a panda, all you need to do is pre-register at the Grant Court adoption kiosk (July 10 to August 8) by donating a minimum of $50 to WWF-Canada. All donations go directly to WWF-Canada.

It’s first come, first serve, to reserve a panda and you can only reserve in person at the exhibit. Once the exhibit is over, bring your email confirmation to the mall with you between August 10 to 12 and take your panda away on their new life.

While you check out the exhibit, you’ll also be able to enjoy other activities at Metropolis at Metrotown, including a selfie-station. (Because they absolutely do look real enough to trick someone on your timeline into thinking you’ve spent some time with a panda.)

Tag your selfies on Instagram with @MetropolisatMet and @WWFCanada and use the hashtag #1600PandasPlusCA in your posts for the chance to win one of the weekly panda prize packs that include some panda swag and a $50 gift card for Metropolis at Metrotown. A winner will be drawn each week during the exhibit’s run. 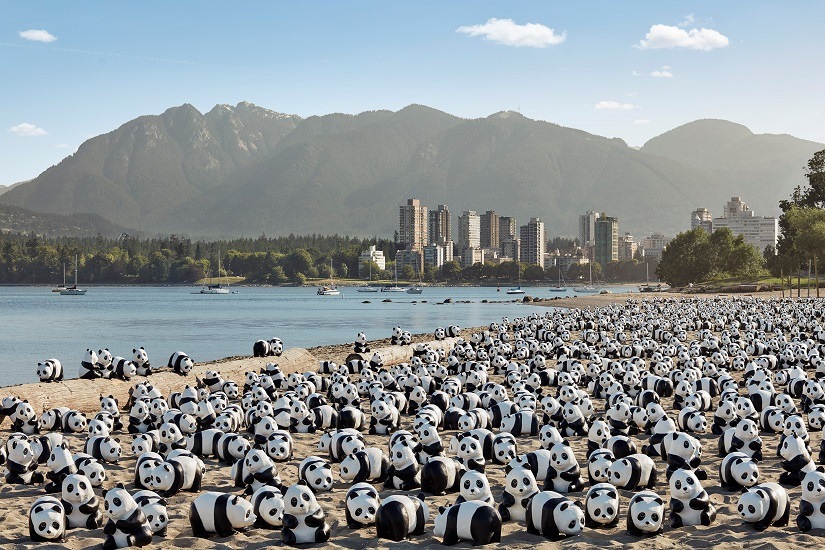 Enter for your chance to win a $500 gift card for Metropolis at Metrotown.

To enter to win a $500 gift card for Metropolis at Metrotown, do at least one of the following:

1. Like the following photo on the @metropolisatmet Instagram page and comment below the photo saying what you would buy if you win. Remember to use the hashtag #dhcontest. (1 entry)

Contest entries will be accepted from the time and date of publishing until 11:59 pm on July 18, 2018. One winner will be chosen at random and contacted through the platform they used to enter.

When: July 10 to August 8, adoption pick up August 10 to 12
Where: Metropolis at Metrotown – Grand Court
Mall hours: