On December 13th, nearly 5,000 generous Vancouver residents attended the Pan Pacific Vancouver Christmas Wish Breakfast and donated more than 13 tonnes of toys to the Lower Mainland Christmas Bureau, along with $26,000 in cash. 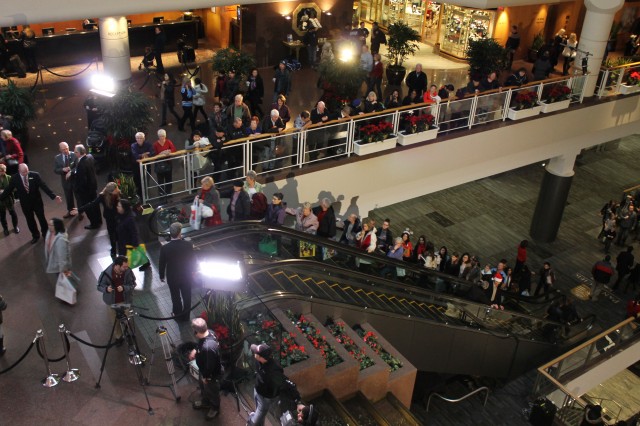 Established in 1987, the annual breakfast is a major event for the Christmas Bureau and has become an established Vancouver tradition. This year, longtime supporters, Global TV, were joined by Bro Jake and the Rock 101 morning team. 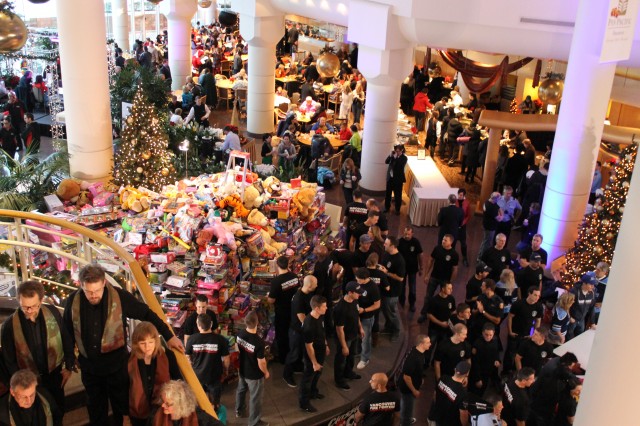 Everyone who turned up between 6:00 and 9:00 am to donate a toy was treated to a gourmet breakfast prepared by the culinary team at Pan Pacific Vancouver. The crowd was entertained by the joyful singers from the Good Noise Gospel Choir and the entire event was broadcast live on Global TV and Rock 101. 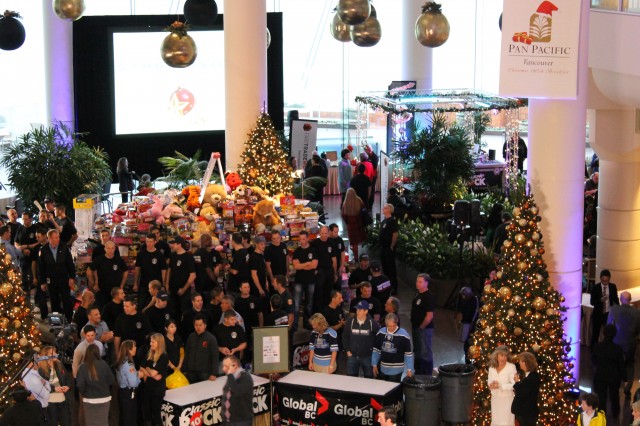 Volunteers from the City of Vancouver Fire Department stacked the toys into a two storey high “tree” and then loaded all of the toys into Williams Moving trucks for transport to the Lower Mainland Christmas Bureau warehouse, where they will be sorted and distributed to families in need.