Paddington Bear returns to the big screen full of marmalade sandwiches, expected hijinks, and furry cuteness. Make sure to wear a belt because Paddington 2 could charm the pants off you.

As Paddington’s Aunt Lucy always says, “If we’re kind and polite, the world will be right.” That might seem like laughable optimism in today’s times, but after watching Paddington 2, I’m convinced it’s a mantra we should all take to heart. 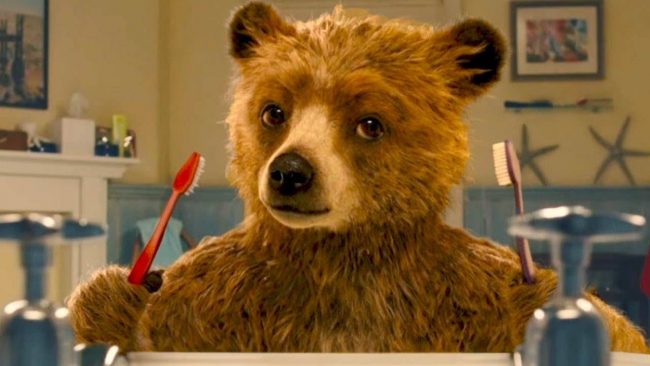 Speaking of heart, this family film is chock-full of it. The fear going into this sequel was that it wouldn’t live up to the 2014 film which was a surprisingly delightful affair. But I’m here to say that all those fears were in vain as director Paul King returns behind the camera and gives us a story that’s not only just as good as its predecessor but at times feels more cohesive and inventive.

With so much sarcasm and edgy humor that we are starting to see infused into family films today, it’s refreshing when something comes along that doesn’t try to be anything that it’s not. This film is true to the spirit of the source material and at no point does it ever feel like it’s talking down to the attended audience. If anything, the story and the overall message is uplifting.

You’ll be happy to know that Ben Whishaw returns to voice Paddington Bear, with Hugh Bonneville and Sally Hawkins also returning to play his adopted parents, The Browns. However, added to this fantastic cast are Brendan Gleeson who plays an inmate named “Knuckles” and Hugh Grant has fun playing a baddie named Phoenix Buchanan. 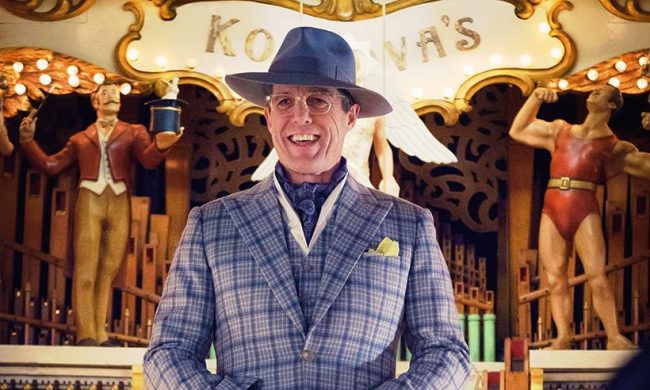 The basic premise of the story is that Paddington Bear wants to send his Aunt Lucy, who lives deep in the forest of Peru, a present for her 100th Birthday. After he finds a pop-up book full of London monuments, he is mistakenly accused of stealing it thanks to Phoenix Buchanan (Hugh Grant) who wants the book for his own.

According to legend, the simple pop-up book is a treasure map and Buchanan wants the riches so that he can revive his acting career. Meanwhile, Paddington is sent to prison where he interacts with the other prisoners including a tough and scary prison chef named “Knuckles” (Brendan Gleeson).

There are a few different storylines going on, but this film does a good job of bouncing between them throughout its runtime. Paddington is trying to survive prison; The Browns are trying to get him out of prison, and Buchanan is looking for treasure. It might sound like a lot for a 103-minute family flick but thanks to the first film, the sequel doesn’t really waste too much time in introducing any of the main characters, so it has the necessary breathing room to further develop and explore each of the various subplots. 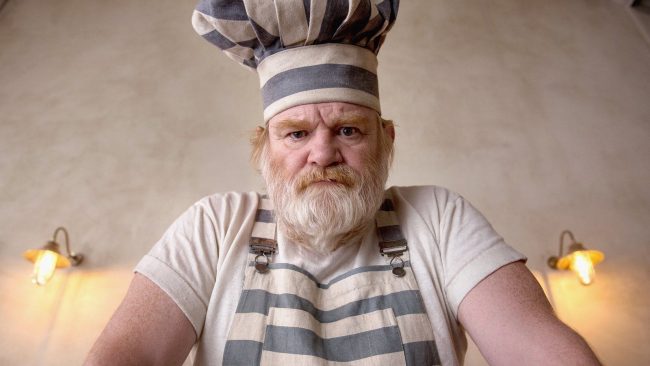 Both Brendan Gleeson and Hugh Grant are fantastic and in some ways Grant elevates the film with his highly underrated comedic timing. The rest of the cast is as charming and loveable as they were the first time around. Of course, it wouldn’t be Paddington Bear if there weren’t some visual gags and there are plenty that should have the kids rolling in the aisles.

Paddington 2 is a safe family film that’s rated PG, which is surprising because it feels more like a hard G – there is nothing controversial about it, except maybe the message of being kind and compassionate, and in today’s modern world, that might now be considered cutting-edge thinking.

This is a highly charming family film and we need more of these. If you enjoyed the first Paddington movie you will love this sequel that’s full of heart and humour perfect for a family day at the theatre.

Easily the frontrunner for the best family film of 2018 and I hope it’s a franchise that continues.

**Make sure you stay through the credits as there are some little bonus scenes. **

Playing at a theatre near you, Rated PG (for some action and mild rude humor)