The Vancouver Park Board and Stanley Park Ecology Society (SPES) have announced that the Pacific great blue herons have returned to their current nest site in Stanley Park for the 14th consecutive year. 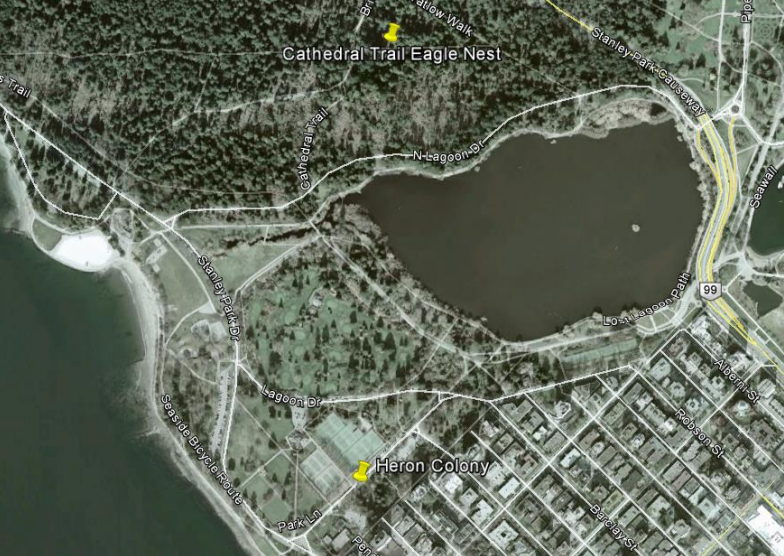 They began arriving in the past week to the trees that tower above the Park Board’s Administrative Offices and tennis courts.

Last year, 122 nests were counted in the colony and 81 of these were occupied by heron pairs. In total, an estimated 156 young herons fledged from the colony in 2013, about 10 more than in 2012 and 57 more than in 2011. SPES staff work with volunteer monitors to collect data for researchers with the Canadian Wildlife Service and BC Ministry of Environment.

Park Board staff secured the gates of the fenced areas below the heronry to reduce disturbances to the heron colony, and protect people from falling debris. In 2010, barriers were applied to the nest trees to discourage predators such as raccoons from climbing the trees.

The Pacific great blue heron is designated “special concern” under the Species at Risk Act. The Stanley Park colony seems to thrive in the face of human disturbance, but in other parts of our region, development infringes on much of the heron’s habitat.

Heron nests atop a tree in Stanley Park. 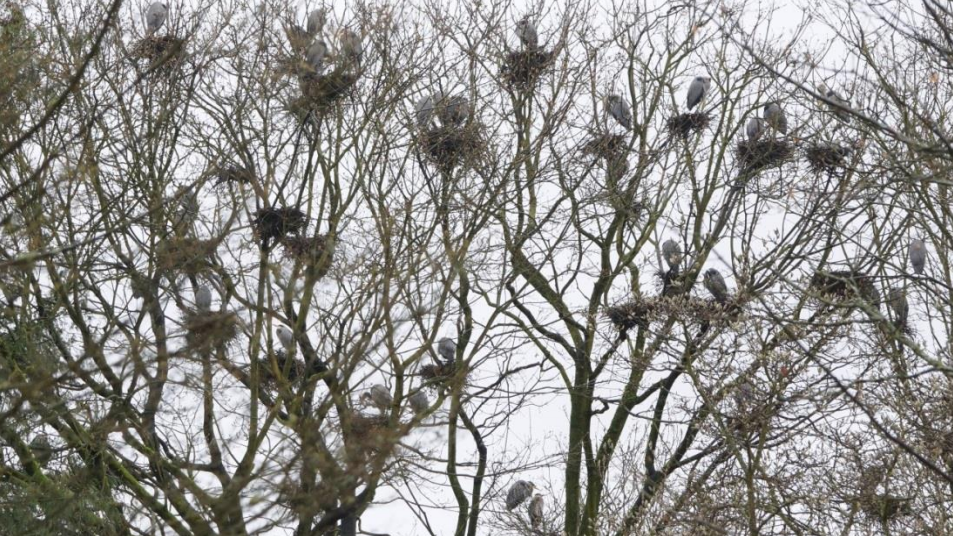 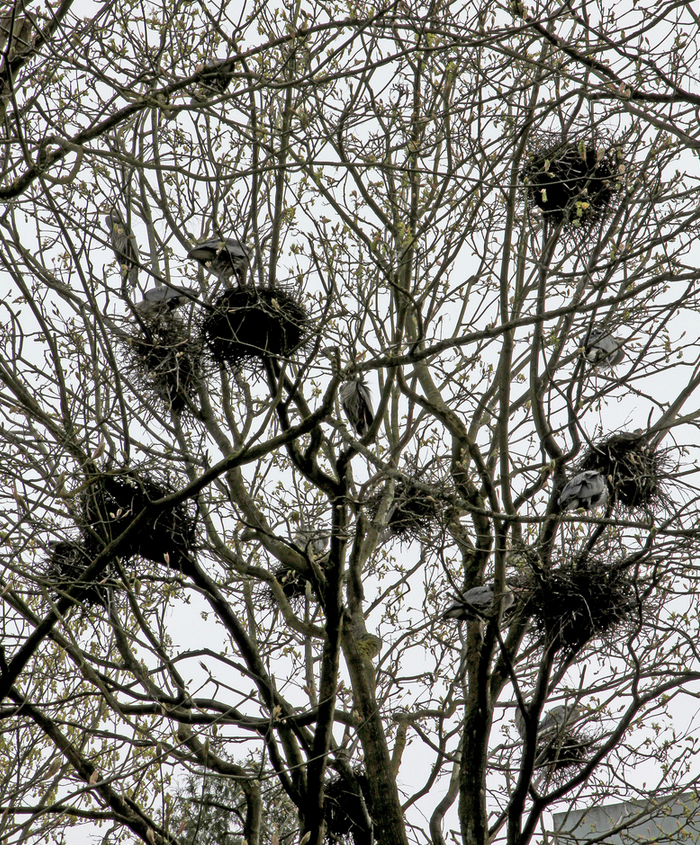