Every year, the online incarnation of Oxford Dictionaries chooses a “word of the year” based on software that scans the depths of the web for the most frequently used words. This year, 2015’s word isn’t even a word.

To be specific, the “Face with Tears of Joy” emoji:

This is the first time the Oxford Dictionaries has used a pictograph for their word of the year. This emoji was the most frequently used one of 2015 – in fact, this one pictograph compromised 17 per cent of all emoji use in the United States and 20 per cent in Britain.

Here are the other words or phrases that made the shortlist in Oxford Dictionaries Word of the Year competition (click on the hyperlink for a definition):

Here’s a chart outlining the use of the “Face with Tears of Joy” emoji since last year: 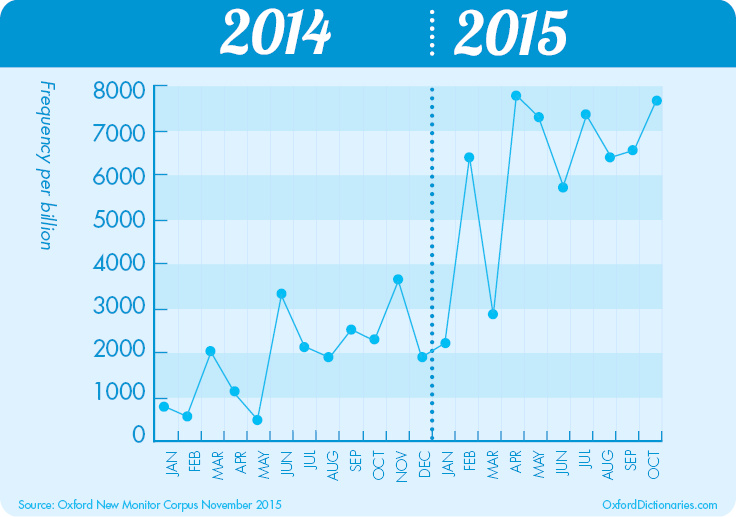