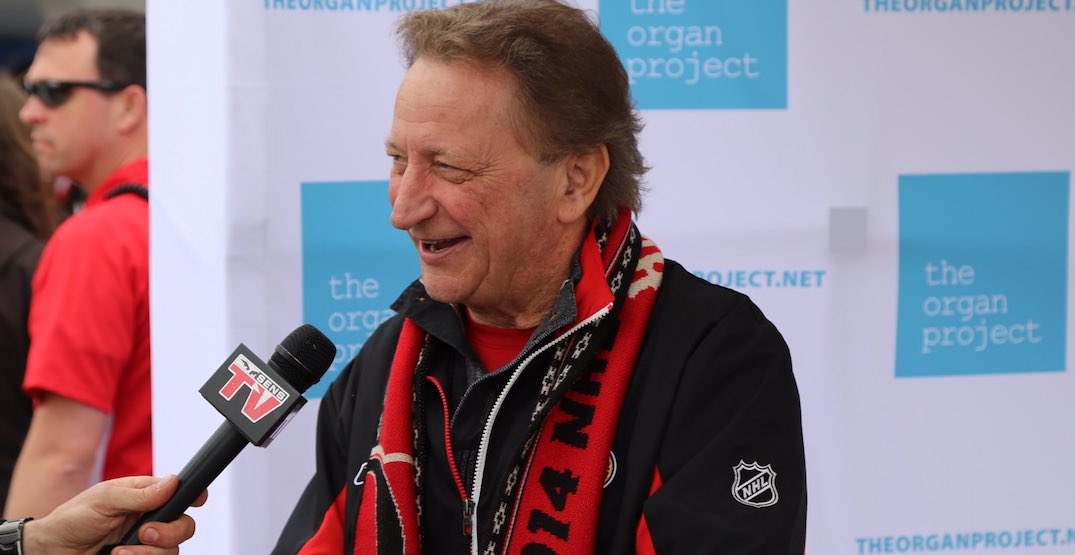 Ottawa Senators owner Eugene Melnyk has a plan for fans in the stands.

Melnyk proposed the idea via a now deleted tweet, saying he had submitted a “robust public safety plan.” It included having 6,000 fans attend games and be subject to rapid testing, mask-wearing, and physical distancing at all times when inside the arena.

Ottawa Senators owner Eugene Melnyk has deleted this tweet about a plan to allow 6,000 fans into Canadian Tire Centre this season. pic.twitter.com/5B0NapuY8r

Melnyk clarified his position, putting out a new statement saying “now is not the time.”

Clarification: While the @Senators organization remains optimistic that we will have an opportunity to eventually welcome fans back to Canadian Tire Centre — now is not the time.

“Given the ongoing increase in daily COVID-19 cases and new measurements being introduced by the Government of Ontario to combat the spread of Covid-19, we understand as an organization that we must do our part to control this virus before we can entertain plans to bring fans back into our arena,” Melnyk said in his statement.

“We will continue to work with all levels of government to fight the spread and adhere to the provincial government’s new measures. For the first time since I became owner of the Senators, my family and I will not be attending opening night. Like thousands of others, we will be watching and cheering the game from home.

“When the day comes that we can allow fans back to games in a safe way, you can rest assured that our organization will be ready.”

If Melnyk’s plan were to be put into place, it would make the Senators only the fifth team in the NHL to have fans attend games, and the only team in Canada.

This whole situation got a lot of reaction on Twitter from a variety of people unhappy with Melnyk.

Eugene Melnyk appears to have deleted that tweet, sent during Ontario's grim COVID-19 modelling press conference, which talked about his plan to get 6,000 people in the building for Senators games

Eugene Melnyk is absolutely delusional and this proves it!

It's so Eugene Melnyk to announce plans to get fans at games the same day that the province implements another state of emergency and stay-at-home order pic.twitter.com/LcujYHdwEL