The fox might be a fearsome forest creature, but at a stone’s throw from the intersection of Kingsway and Fraser Street, there’s a “wise fox” that’s all about making new friends. Osteria Savio Volpe–basically the wise fox’s restaurant–is a new neighbourhood eatery that’s all about simple flavours done right and a welcoming vibe.

With big street-facing windows, high ceilings, and warm blonde wood tones with pops of colour, the interior of Savio Volpe creates an air of warmth and approachability. A far cry from the former tire shop it was prior, the restaurant has been fitted with a top of the line open kitchen (including a wood burning oven), a custom central bar and meat slicing counter, and about 90 seats. The design is by Craig Stanghetta of Ste. Marie Art & Design

Savio Volpe is in part the creation and realization of restaurateur Paul Grunberg of L’Abattoir fame. Grunberg, who punctuates his sentences with easy going utterances of “rock and roll,” says he and his two partners have always wanted to do a neighbourhood tavern, and they were keen on going in the Italian direction, with a sophisticated and simple feel.

Getting the space was “serendipitous,” says Grunberg, adding that “the restaurant is exactly what it needs to be to offer the maximum guest experience.” Teaming with Stanghetta was also key for Savio Volpe achieving the intended results. Grunberg says the space had to be “neighbourhood, country, comfortable, accessible,” but also have style. “There are still design-y elements,” remarks Grunberg, who points out the level of detail in the decor, and singles out the “dual concept” bar as his favourite element–it’s for drinks as well as for the meat slicer (equipment and person). 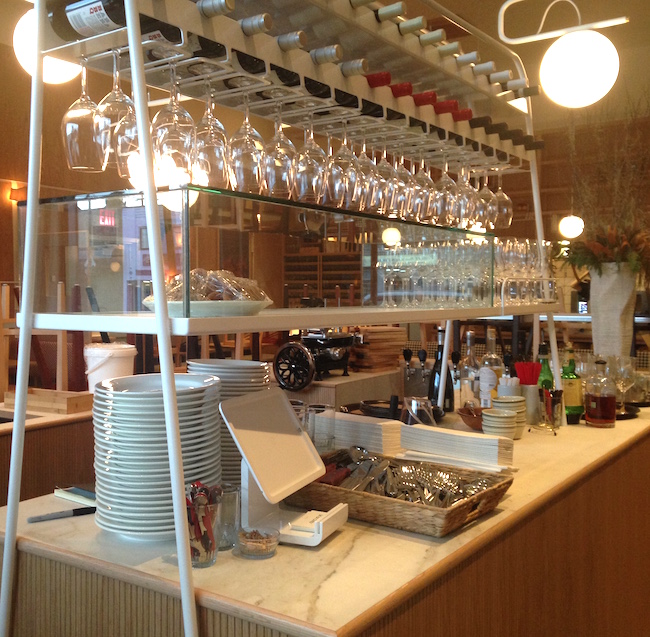 At that bar, patrons can sidle up for a cappuccino or espresso from their “state of the art” coffee program, or imbibe courtesy Savio Volpe’s deliberately trim drinks list: Beer, wine, bottled Negroni, or Aperol Spritz.

The simple drinks menu exemplifies the overall approach Grunberg says he and the team are taking. “We’re neighbourhood, we want to offer wine, beer, steak, a chicken, simple.”

Pasta might be simple in concept, but it’s an art and science to execute. Chef (and co-owner) Mark Perrier heads up the kitchen, and he’s particularly proud of Savio Volpe’s hand-crafted pasta.

“It is beautiful, highly labour intensive,” echoes Grunberg on the subject of their pasta. “It’s cliché, but a lot of love goes into making it.”

Their wood stove uses maple, birch, and oak for an optimized slow burn:

Steaks get cooked-over-the-coals at #SavioVolpe. ???? The Bistecca alla Fiorentina gets grilled over grape vines from #CherryLanesFarm in Richmond (bundles pictured), naked but for some Laudemio Frescobaldi extra virgin olive oil. #BisteccaDalFuoco

Perrier, a longtime East Vancouver resident, says he’s “always wanted to do this kind of simple, honest, rustic kind of cooking.” He and Grunberg are both quick to express pride and fondness for the full menu of Italian fare; it’s a menu Grunberg says they drew from flavours found “all over the boot” of Italy, though largely the southern region.

“We buy the best ingredients and do as little as possible to them,” adds Perrier. Still, there is much going on at the stoves. The bread, the ricotta, the preserves are all done in-house. Everything is done in house. 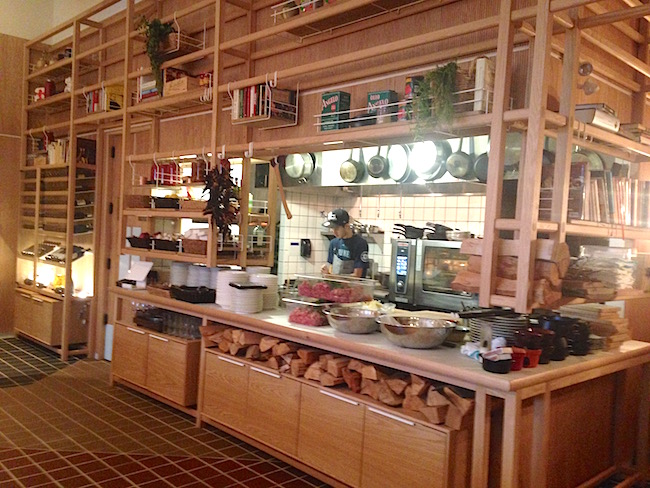 And it’s that in-house sensibility that drives the concept that Savio Volpe can be as welcoming as a home.

“It was important for us to create a place that’s welcoming to families, to children,” points out Perrier. Reservations are welcome, which parents will appreciate, and there are, indeed, high chairs for the littler ones. More so, though, adds Perrier, they “want to make the restaurant really accessible to the people in the neighbourhood.” 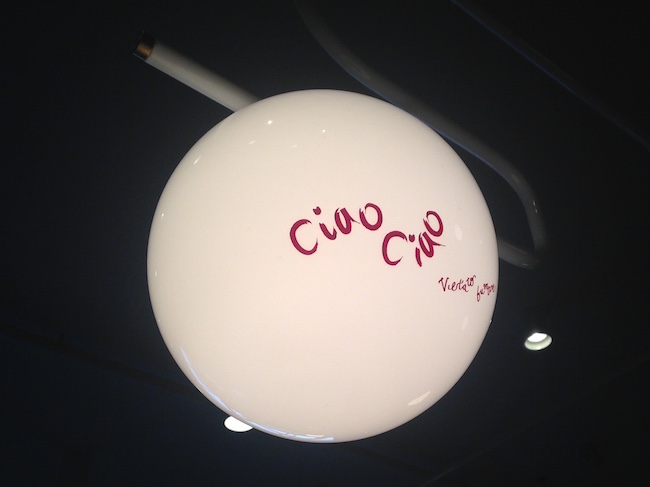 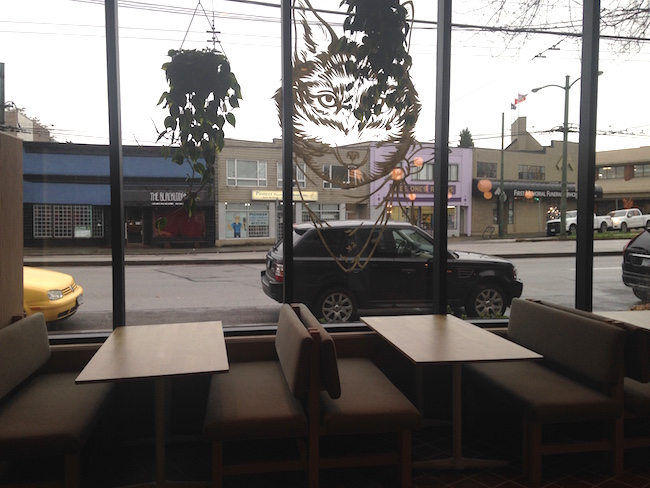 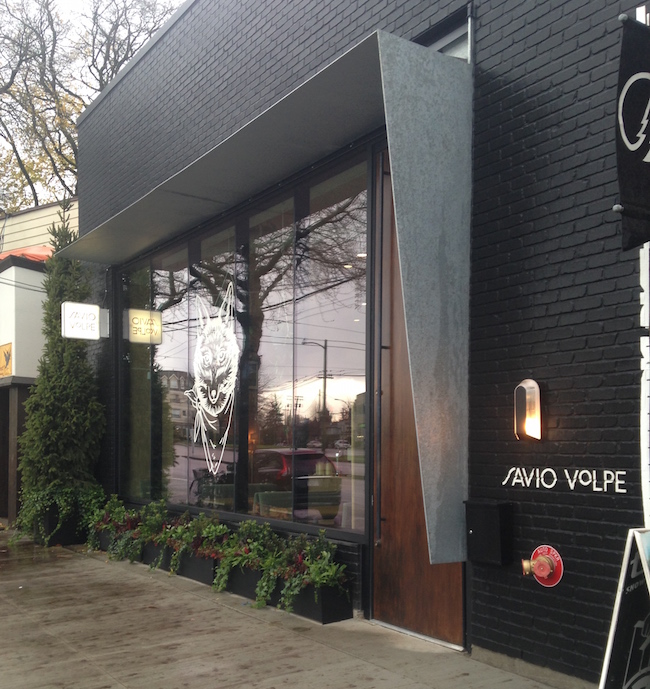