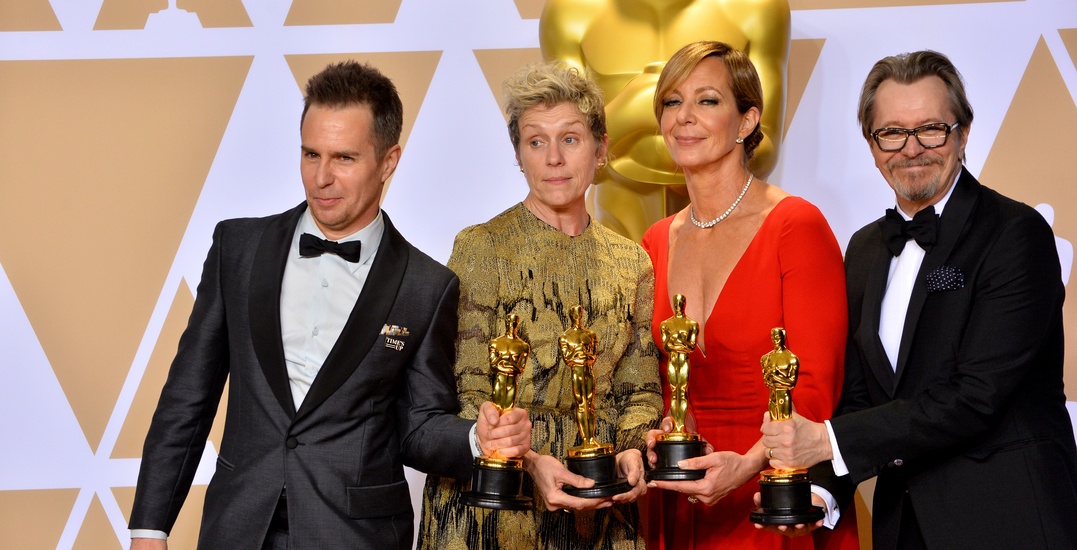 After a controversial start with planned show host Kevin Hart stepping down, the Oscars are full steam ahead on Sunday, February 24th. From a look at who’s presenting to the nominees, here’s everything you need to know about the biggest awards show of the year.

Catch the 91st Academy Awards on Sunday, February 24th LIVE on CTV — the red carpet starts with eTalk at The Oscars at 2:30 pm PT and the show is at 5 PT. 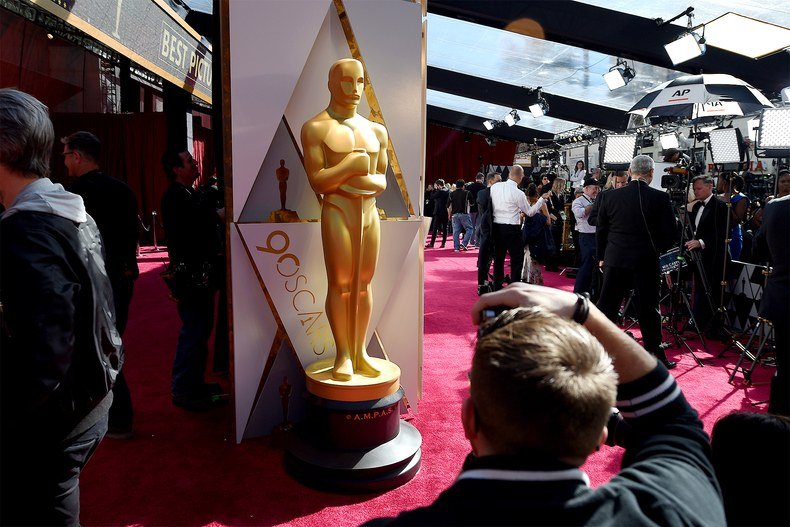 Why are the Oscars such a big deal, anyway?

If you need a refresher, here’s a brief history of The Oscars — but the long and short of it is an Academy Award is the most distinguished accomplishment one can achieve in film.

If you’ve been living under a rock, you may have missed the memo that there is NO host for The Oscars this year. This marks the first time the show is hostless since 1989, which, apparently, didn’t go so well (in fact, the 61st Academy Awards is remembered by some journalists as the worst one ever).

Due to declining ratings, the Academy asked popular comedian Kevin Hart to take the reigns this year — but shortly after the announcement was made, homophobic tweets the actor made back in 2011 resurfaced:

I wonder when Kevin Hart is gonna start deleting all his old tweets 🤔🤔🤔 pic.twitter.com/ZbYG6SI3Xm

Naturally, The Academy requested a formal apology for the tweets — but did not remove Kevin from the role. After an emotional interview with Ellen DeGeneres, where — surprisingly — she urged him to stay on as host, Hart stepped down anyway:

I have made the choice to step down from hosting this year's Oscar's….this is because I do not want to be a distraction on a night that should be celebrated by so many amazing talented artists. I sincerely apologize to the LGBTQ community for my insensitive words from my past.

Word on the street is that the show will kick off with a group of A-listers chiming in with politically-charged zingers as an opening monologue (Trump has given Hollywood enough fodder this year), and the show will continue on with presenters as usual.

Maybe no host means the show will stay on time this year?

Here’s our cheat sheet of the MUST SEE films before you watch The Oscars. 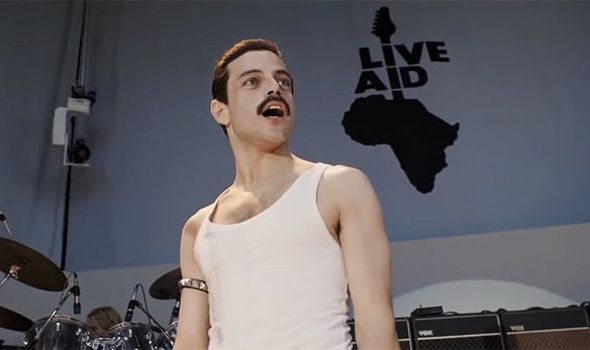 A first for a Marvel film, Black Panther made the cut for Best Picture, and has 7 nominations total. The buzzy Lady Gaga and Bradley Cooper led A Star Is Born has 8 nominations — including a nod for Lady Gaga in the Best Actress category, but things aren’t looking promising for her based on losses at the Golden Globe and SAG Awards.

Music is a strong theme in this years’ films, with Bohemian Rhapsody earning 5 nominations — most notably for Best Picture and Best Actor for lead Rami Malek, who portrays Freddie Mercury. Netflix is also making history as the first live-streaming platform to have a nominated Best Picture film for Roma, which has 10 nominations overall. The Royal-themed Emma Stone and Rachel Weisz drama-comedy The Favourite also did well with 10 nods, including Best Picture, and nominations for all 3 female leads. Other films in the mix include Christian Bale’s Vice, the Viggo Mortenson and Mahershala Ali period film Green Book and Spike Lee’s BlacKkKlansman.

The full list of nominees can be found here.

In a year full of controversy surrounding The Academy Awards, the presenters were no exception, with the SAGs accusing The Oscars of using “intimidation” to get the biggest names at their show and their show only.

A tradition at the Oscars, the previous years’ winners for the top acting awards — Gary Oldman, Frances McDormand, Sam Rockwell and Allison Janney — will all present again.

While accepting her Oscar on Sunday, Frances McDormand asked the female nominees to rise with her: “Look around, ladies and gentlemen, because we all have stories to tell.” #InternationalWomensDay

Get ready to rock: Queen and Adam Lambert were just added to the Oscar lineup Monday morning:

In a first for the Oscars, all five nominees for Original Song will perform this year. The announcement came after rumours that the only songs included would be “Shallow” — the smash hit from Bradley Cooper and Lady Gaga’s A Star Is Born — and Kendrick Lamar and SZA’s “All The Stars” from Black Panther.

Rounding out the lineup is Jennifer Hudson, who’ll perform “I’ll Fight” from documentary RBG’s soundtrack, Gillian Welch and David Rawlings with “When a Cowboy Trades His Spurs for Wings” from The Ballad of Buster Scruggs, and a special surprise guest will perform “The Place Where Lost Things Go” from Disney’s charming Mary Poppins Returns:

Spoiler Alert: "The Place Where Lost Things Go" from "Mary Poppins Returns" will be performed on the #Oscars.

BONUS SPOILER ALERT: It will be performed by a surprise special guest!

To accommodate all five songs, the performances will be truncated to 90 seconds.

Is there new or eliminated categories?

The answer to both of those was yes, until the decisions were reversed.

In August 2018, The Academy announced a brand new category: Outstanding Achievement in Popular Film, which was meant to support “consideration of excellence in all films.” Movies that might fall into this category are blockbusters like Black Panther or successful rom-coms like Crazy Rich Asians.

After widespread controversy on social media and from Academy members that popular film isn’t what The Oscars is about (there’s plenty of other shows for those films), the category was quickly shelved a month later, with the Academy saying it “merits further study.”

And just last week, in an effort to keep the show air-time to three hours, it was announced that four awards would not be televised, but instead awarded during commercial breaks. These categories included cinematography, editing and best makeup and hair. Backlash ensued from various members of the community, and the Oscars quickly overturned this decision, too.

After all the drama going into this years’ Academy Awards, we’re going to guess the show could be the most entertaining one yet. Happy Oscars viewing!