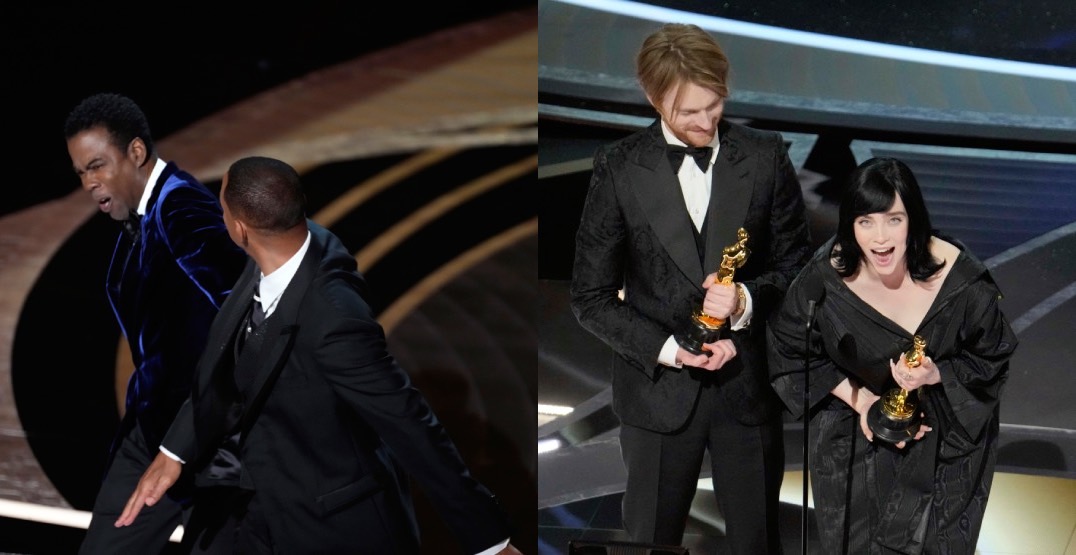 Every single year they get things unforgivably wrong (we still haven’t forgotten about Crash winning over Brokeback Mountain in 2006), and this year things mostly played out as expected…except for the blatant assault on live television.

With so many precursor awards and betting sites, predicting Oscar winners is easier than ever, but that’s exactly why the surprises hit harder.

Many of the frontrunners from last night’s award show, like Dune cleaning up in the technical categories, ended up winning, but there were still plenty unpredictable moments.

These are the biggest snubs and surprises from last nights Oscar’s ceremony. 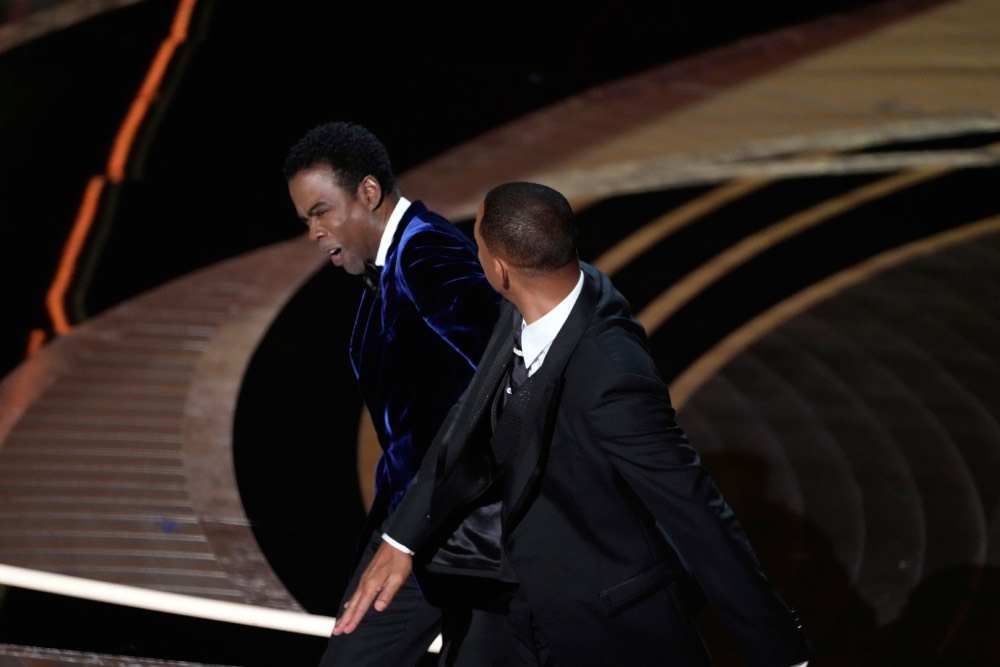 This is the obvious one.

Chris Rock made a forgettable joke that wasn’t particularly funny and in fairly bad taste about Jada Pinkett-Smith. Her husband, Will Smith, then decided to walk on stage to what could only be a playful moment between the two celebrities. Right?

Well, no — Will Smith smacked Chris Rock right in his face and walked back to his seat.

“Will Smith just smacked the s*** out of me,” said Chris Rock.

Smith then repeated himself.

It was a surreal moment that had people shook and wondering if it was staged, especially since the Oscars cut the audio on the feed.

It was definitely an unbelievable moment that was by far the biggest surprise of the night, and likely of any Oscar’s telecast, and possibly of live television in general.

Why was Will Smith initially laughing at the joke? Why did Will Smith’s acceptance speech, like, 45 minutes later sort of touch on it but sort of not.

It was a concerning and scary moment that really became bigger than the show itself, unfortunately for all of the other winners, especially Quest Love for winning right after for his documentary Summer of Soul. 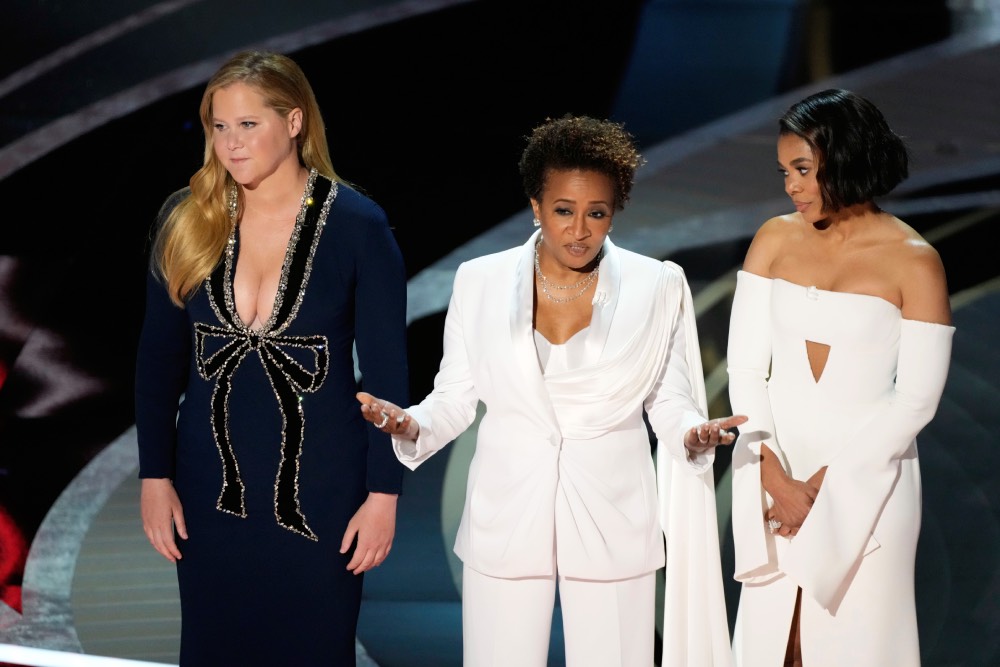 Last year’s Academy Awards didn’t have a host, and this year there were three!

Wanda Sykes, Amy Schumer, and Regina Hall hosted the 2022 Academy Awards, and with bits about being single and surrounded by the likes of Bradley Cooper and Timothee Chalamet, dressing up as movie characters, or jokes about the pandemic, it felt refreshing to have real funny people up there.

Sometimes the hosts are duds (looking at you, Franco) and sometimes they’re great (Chris Rock), and thankfully this year it went extremely well.

DJ Khaled because why not? 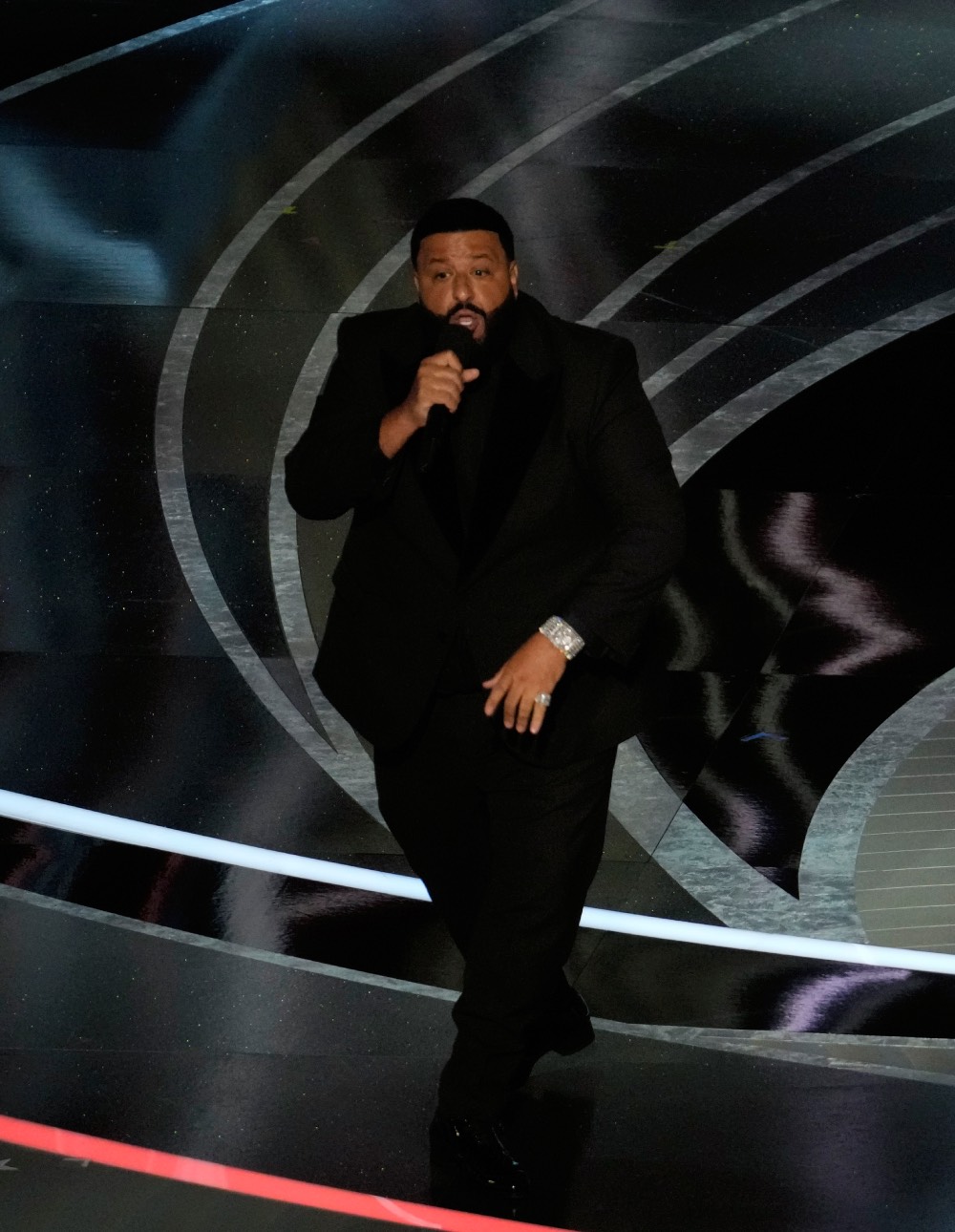 In a clear attempt to appear to a younger audience, a move the Oscars have been trying and failing to do for years, DJ Khaled popped out at the top of the show to sort of introduce the three hosts but also not really say anything. It was a lot of repetitive yelling about the obvious so, normal DJ Khaled stuff.

We Don’t Talk About Bruno is one of the hit songs from Disney’s smash hit Encanto, and the song nominated for Best Song this year at the Oscars.

Carolina Gaitan and Mauro Castillo kicked off the song’s live performance of the night, starting in the crowd and being joined by other cast members and singers as the song went on.

In a surprise twist, Megan Thee Stallion joined them as well for a surprise verse that was totally new to the song. It was a fun surprise and a great twist in one of the nights best moments. 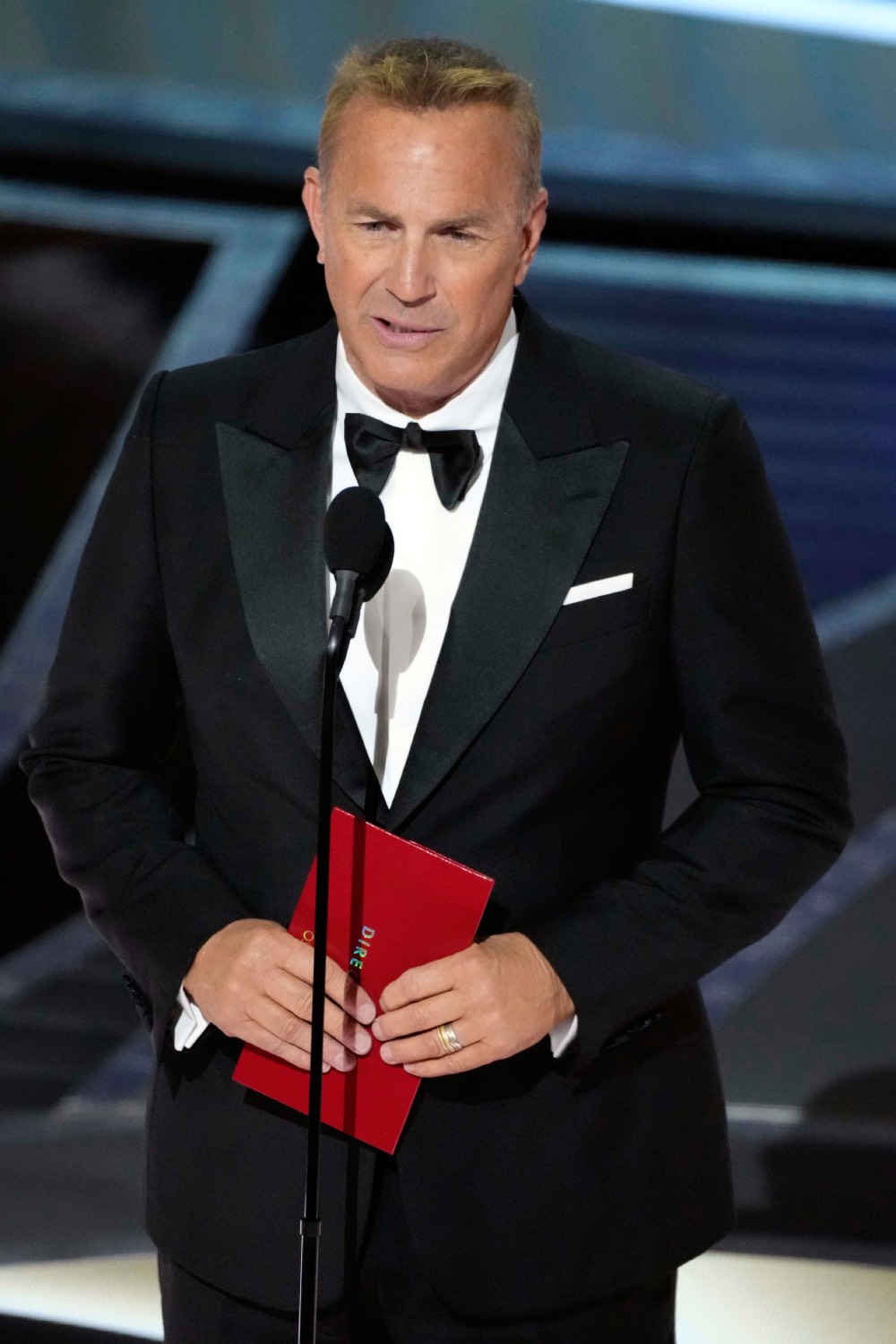 It’s always nice to hear anecdotes and heartwarming stories from the filmmakers we love, especially when it’s from a popular celebrity.

This was definitely the case when Kevin Costner was about to give a Best Directing Oscar to Jane Campion, and he talked about falling in love with the movies at the age of seven and never letting that feeling go.

The only thing is, Costner seemed to want to come off way to earnest, or make it all about him, and he went on and on and on until we basically checked out and kind of forget what the whole thing was about anyway.

Tony Hawk made an appearance and was walking

“A broken femur will be much harder because of its severity (and my age),” famous skateboarder Tony Hawk recently wrote in part on Instagram.

Hawk recently broke his femur and many were worrying about his mobility moving forward at all, let alone if he would ever skateboard again.

It was nice to see Hawk smiling and in good spirits on the red carpet and while presenting ana ward during the show, using a cane, but walking on his own. That’s an incredible recovery and it was a nice surprise. 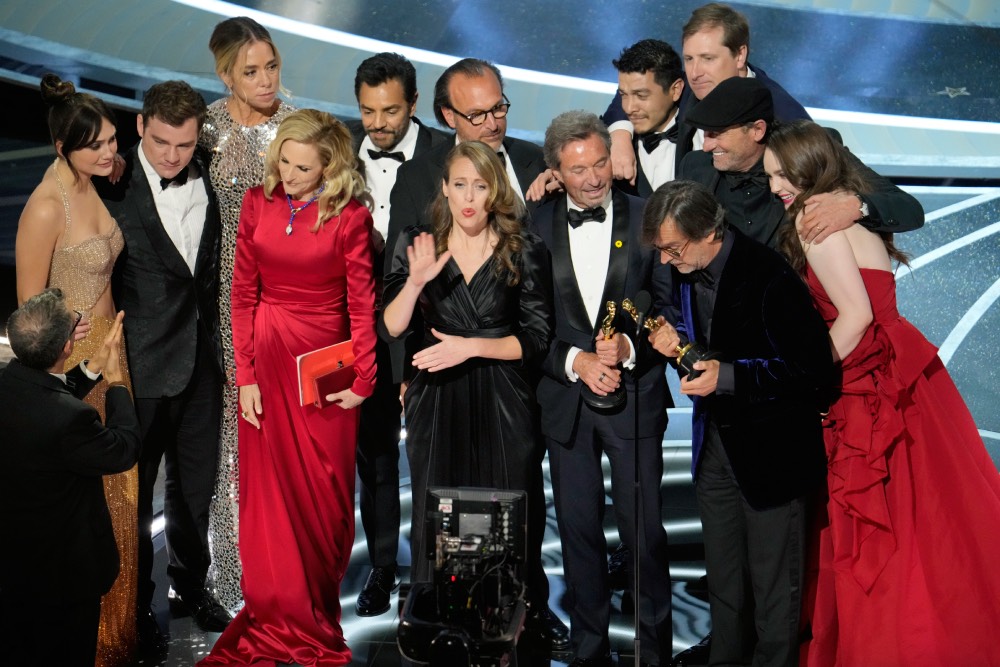 This wasn’t really a surprise, but for many it felt like it because it came out of nowhere so fast.

Power of the Dog has been winning all the precursor awards and the favourite for the better part of the year, and CODA seems to have just caught on at the right moment and had all the momentum.

It was nice to see the heart-warming film about children of deaf adults win the award, and hopefully it will cause more people to check it out on Apple TV.

The Oscars still dissed eight of the awards 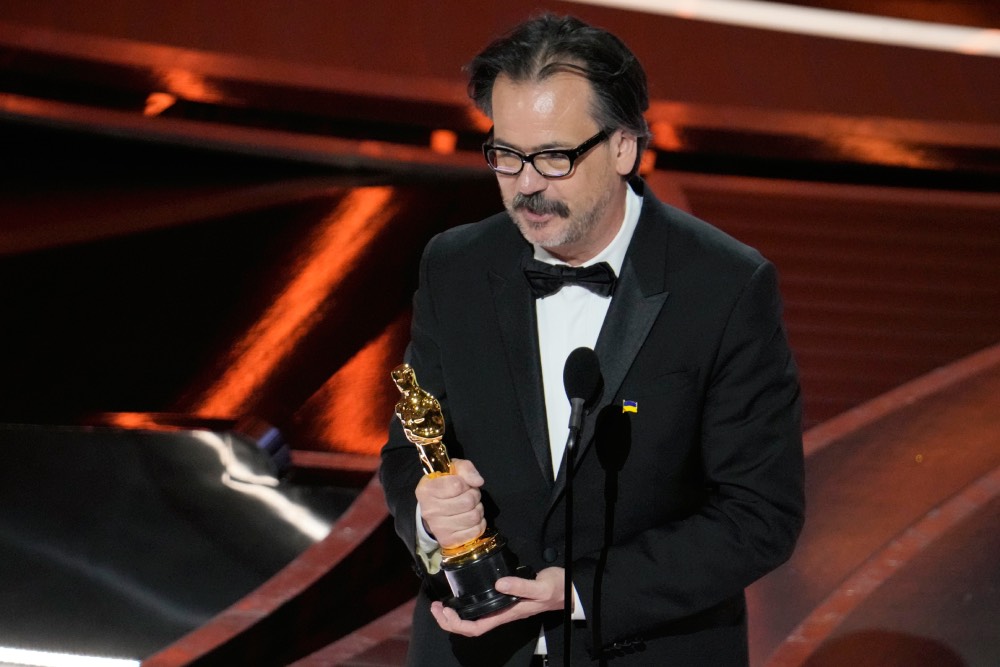 When the Academy announced that they would not be airing the acceptance speeches and award announcements for eight of the awards, the decision was met with backlash.

“Does anybody want to ask me what it’s like as an irony, that as an editor, that my speech was edited tonight?” said Joe Walker, the winner of Best Editing for Dune, said in the post-awards press conference.

“They cut the begging, and the middle, and the end of it.” 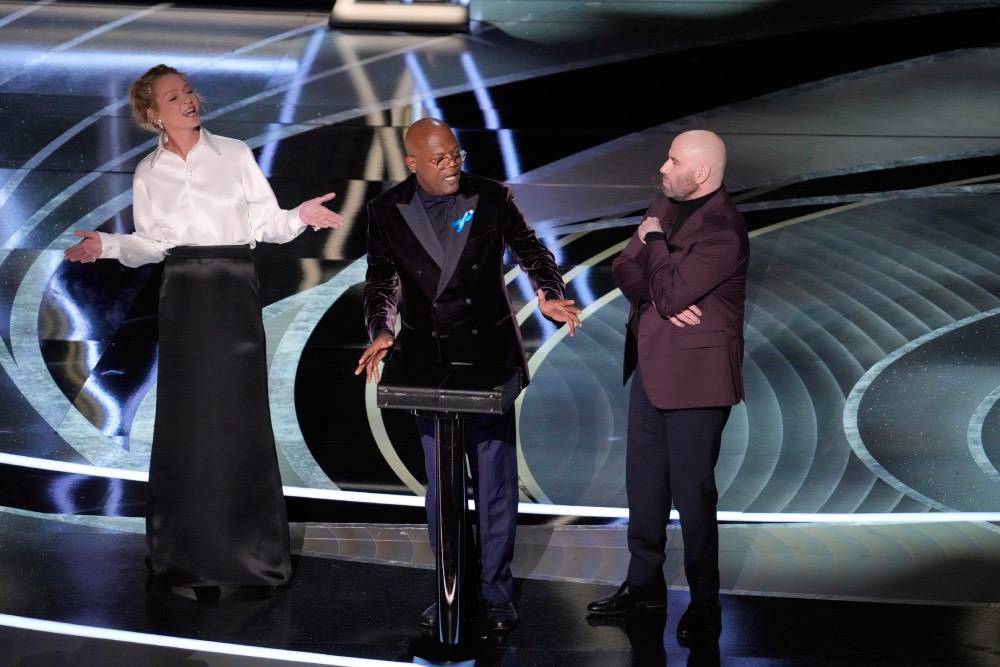 It was the celebration of the love of movies, and anniversary reunions were scattered throughout the show.

Samuel L. Jackson, Uma Thurman, and John Travolta went up for Pulp Fiction, which turns 25 this year. They did the dance, they checked the suitcase…

Elliot Page, Jennifer Garner, and J.K. Simmons gave out the award for Best original Screenplay, an award a film they were in had won 15 years earlier.