Orr Development presented to the Urban Design Panel, City of Vancouver, and the proposal for a 6-storey mixed-use building with retail at grade and 5 storeys of residential above totaling to 25 units.

1819 West 5th building proposal consists of three stacked boxes – the ground floor retail box, the second to fourth floor box and the fifth and sixth floors in the third box.

Yamamoto Architecture described the material palette noting the dark metal panels on the second box while the third box is clad with a curtain wall interspersed with frosted glass panels.

The landscaping plans include a large amount of rooftop space that will have large outdoor patios for the units on the second, fifth and sixth floors.

The two sixth floor units will have access to private roof decks from their units. There is currently is existing trees on both Burrard Street and West 5th Avenue that will be retain while two more trees will be added to Burrard Street. 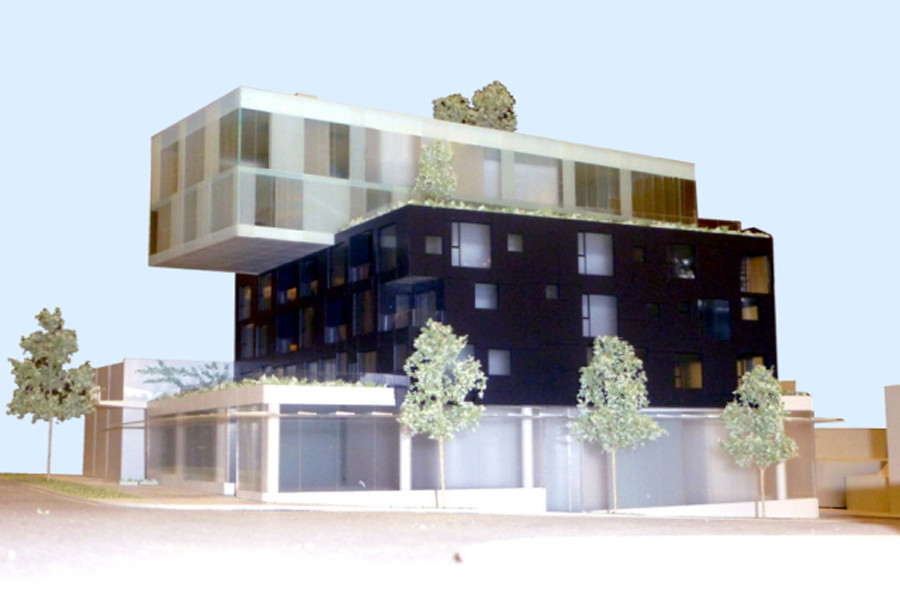 Yamamoto Architecture expressed the intention to create density on the site that they felt was appropriate and do it in a way that minimizes the impact to the neighbours.

Since the 1819 West 5th building proposal does not constitute as a rezoning application, the Urban Design Panel will further review the progress of the project once it includes more weather protection along Burrard Street, and added amenity spaces.