Orphan Black, Space’s consistently popular clone drama, has taken us to some thrillingly strange places this season. The conspiracy that began last summer has started to unravel in surprising ways that often leave us with more questions than answers. Our three central clones – Sarah, Alison and Cosima – have struggled to remain players rather than pawns in the games being played by organizations like the Dyad Institute and the Proletheans.

Where we left off Rachel had managed to kidnap Kira, and the previews imply that Sarah will be taking drastic actions to get her back in the season finale this Saturday. Here’s a sum-up of where everyone is, how they got there, and where they might be going. 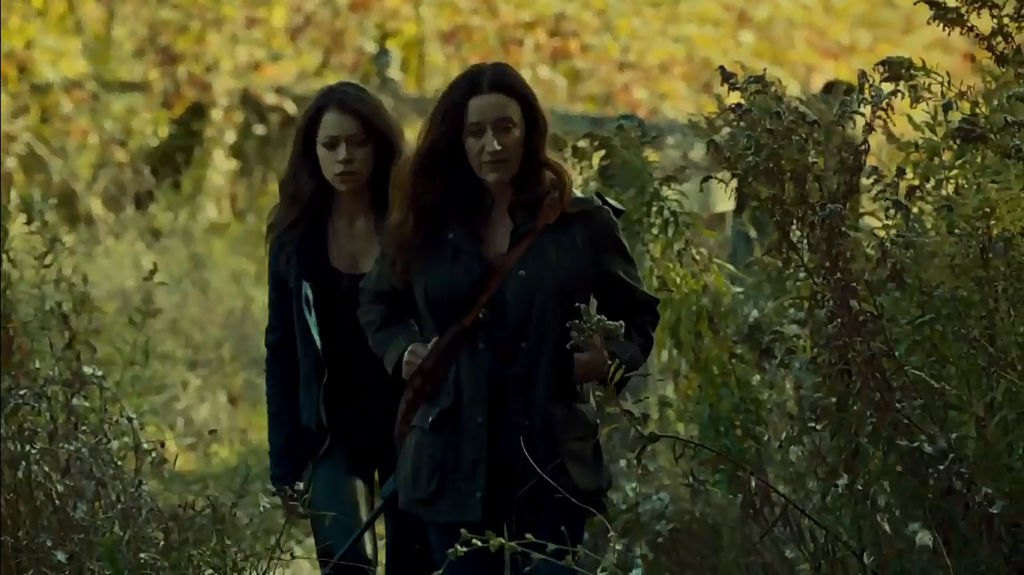 One of last season’s cliffhangers involved Kira being kidnapped, supposedly by Dyad or the Proletheans. It was actually Mrs. S, who staged the kidnapping knowing the two groups would blame each other. It’s a clever strategy, but allowing Sarah to think Kira was in danger is a big part of why she hasn’t trusted Mrs. S this season. The general shadiness of the connections she seems to have and the experienced way in which she executed those who betrayed them are also contributing factors.

The more we learn about Siobhan Sadler the less we know. She has apparently been protecting Sarah from Dyad her entire life, but we still know nothing about how she came to know about Project Leda or how she might have been involved with Dyad. Last season Amelia, Sarah’s birth mother, described splitting her and Helena up as giving one to the church and the other to the state. Mrs. S clearly did not just happen to take Sarah in from the state as a foster child (which raises the question of why she became foster mother to Felix). She seems to have connections and resources we know little about, but perhaps the urgency of rescuing Kira will cause her to reveal more of her cards in the finale. 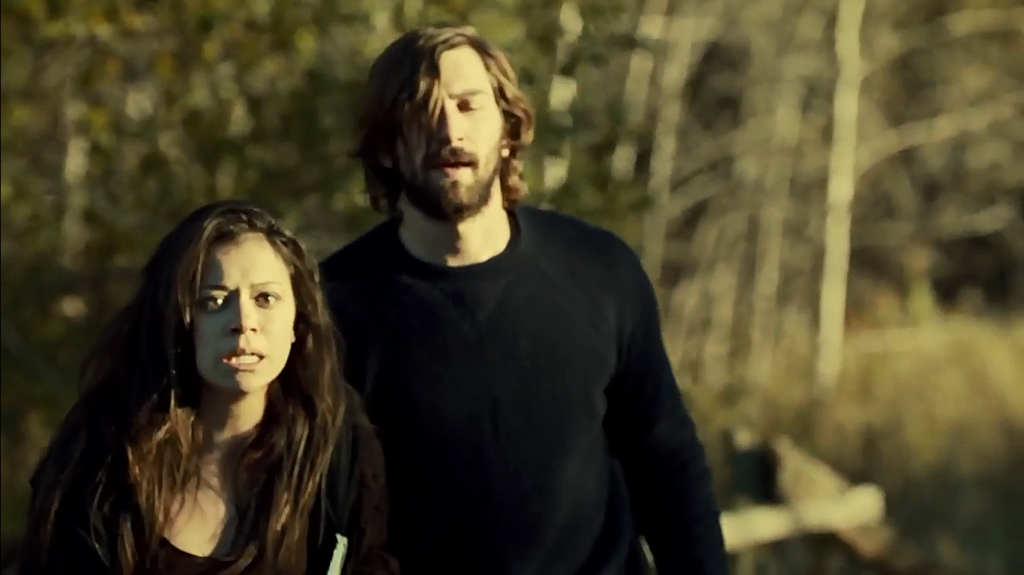 While on the run with her brother and daughter, Sarah runs right to a man she once conned out of a lot of money. Kira guesses that this man, Cal, is her father. Since Kira is extremely perceptive he probably is. Despite the nature of their history, Cal seems to forgive Sarah easily and they become involved again (much to Felix’s chagrin). Sarah trusts him enough to leave Kira alone with him while she attends to other matters. When she returns they briefly talk about running away together before Cosima’s failing health pulls Sarah back in. Kira’s stem cells may hold the key to curing her, so Sarah and Kira can’t leave with Cal.

Cal does protest and ask questions, but he’s not very insistent about either. To me it looks like he accepts Sarah taking his daughter out of his life again, and possibly into danger, far too easily. However recently he’s become aware of Kira hiding her from bounty hunters earned him some major dad cred. He could have used that to be more assertive in getting explanations out of Sarah. That he didn’t is suspicious to me and makes me wonder if he’s not up to something. Like Siobhan, he had connections we know little about. If he’s not up to something then I hope to see him using those connections and considerable technological skills to Sarah and Kira in the season finale.

A Soccer Mom’s Guide to Love and Murder 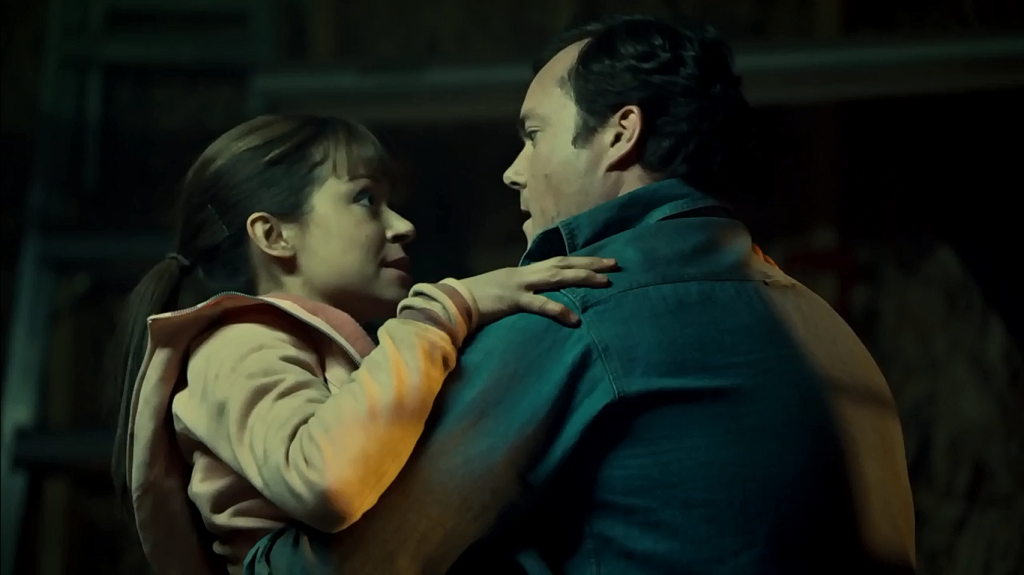 After killing Aynsley through an act of omission last season Alison starts on a downward spiral that lands her in rehab. Vic, on orders from Detective Angie, befriends her there and attempts to uncover her connection to Sarah. Sarah comes in to help neutralize him, and that’s when Alison’s husband Donnie sees the two women together. It turns out that while he was Alison’s monitor, he didn’t know anything about clones or the invasive medical examinations performed on his wife in secret. He’s shocked to learn the truth and goes to confront Dr. Leekie at gunpoint. He doesn’t actually intend to shoot him, but the gun fires when he slams his hand down. After he and Alison trade murder confessions they hide the body under their garage, a process which is interrupted by the ever-pesky Vic.

Donnie steps up and gets him and Angie out of their hair by threatening to tell her bosses about her off-duty investigation. The Hendrix’s marriage seems to be back on track.
Alison and Donnie are just starting to rebuild their marriage and family, so there’s a way in which it would be fitting for them to stay out of the action. Then again, if rekindling their marriage can involve hiding a body there’s no reason it shouldn’t involve helping clone club rescue one of their own. Alison’s always had an interesting skillset. There’s no reason shooting or acting couldn’t be useful in the finale.

Searching for a Cure 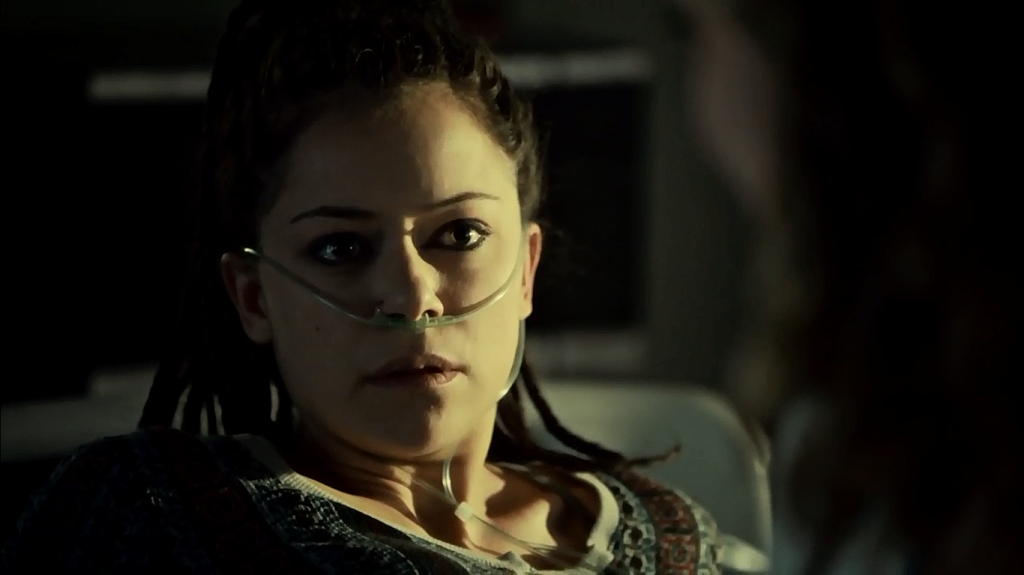 Cosima went to work for Dyad this season and had all of its resources at her disposal to try to cure herself. The only thing that seems to have an effect is stem cells from a particular donor, who Cosima learns only later is Kira. She’s rather upset with Delphine for hiding that detail, but forgives her since she lied out of love and promises never to do so again. The stem cells from the tooth they have of Kira’s run out and Cosima has little choice besides asking Sarah about the possibility of a bone marrow donation. None of the adults involved are happy about this, but Sarah leaves it up to Kira who agrees. With the bone marrow, and now the help of Project Leda co-founder Duncan, Cosima and Delphine are on their way to a cure. Duncan revealed to Cosima that her sickness is no mistake, however. It was genetically programed into the clones as part of ensuring their infertility.

I don’t think Duncan can be trusted, and I think Cosima is in the best place to figure that out. The man wore a completely different persona when interacting with Sarah and Mrs. S than he is now working at Dyad. It seems like he was faking how scatterbrained he was then. It could have just been a defense mechanism – Mrs. S did keep threatening to shoot him – but there are other reasons to. He would probably have had to be the one to patent the clones, and it’s hard to believe anyone who would try to patent people is a good guy. I’d love to see Cosima cured in the finale, but I’d also love to see her piece together what Duncan’s real angle is. 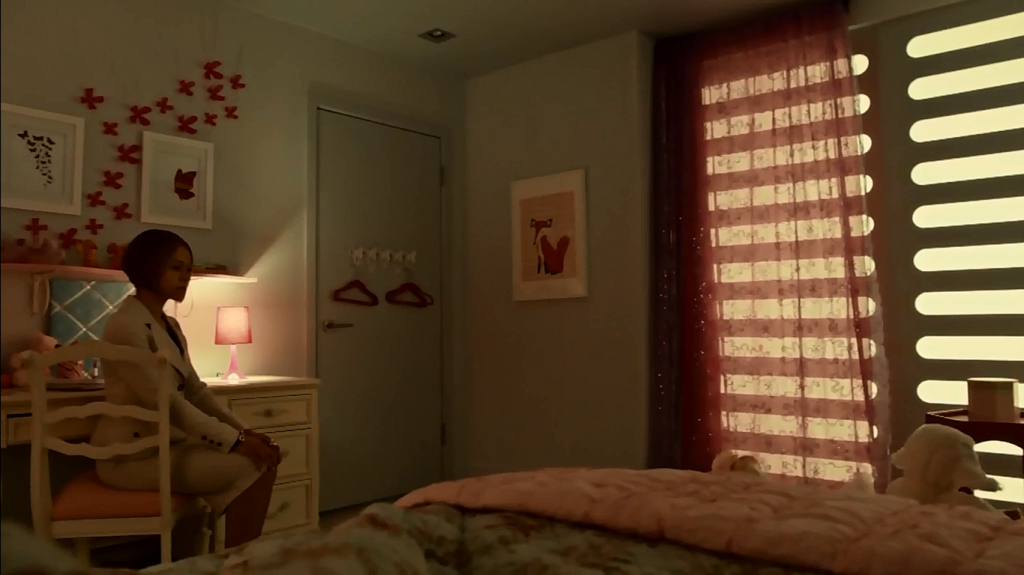 This season we’ve learnt that the cold, calculating, ‘pro-clone’ Rachel does have a heart, however small and twisted it may be, and that that heart is capable of driving her to some extreme actions. She was upset to learn that her long-time mentor Dr. Leekie had killed her mother and arranged for his execution, although she also told him how he might avoid it. This way she never has to know for sure whether she killed him. She was completely devastated to learn that the infertility of the clones is not a flaw but part of the design programmed in by her own father. This seems to be what drove her to kidnapping Kira.

The powers that be at Dyad want Kira as well, so I think Rachel can count on the corporation’s assistance in holding on to the girl. However, I’m not sure Marion will approve of how Rachel seems to want to play house with the girl. However useful Rachel has been to Dyad I doubt she really ranks her above the other clones. They’re all company property. If Rachel comes to look like a liability in her eyes she could turn on her as easily as she did on Leekie.

Not everything that’s happened in Helena’s life this season has been horrible. She survived being shot by Sarah in last season’s finale and formed a strange bond with her twin. Sadly, feeling that bond may be one sided drove her back towards the Proletheans. She is implanted with her own eggs fertilized by the Prolethean leader Hank and looks forward to being a mother. She is disgusted when she finds out Hank’s daughter Gracie and other women will also be forced to carry her children, though. She kills Hank (spectacularly) and burns the Prolethean compound. She says she’s going back to her sister, which is good because Sarah could definitely use her right now.

Helena took the rest of her fertilized eggs with her, and I can’t imagine Dyad won’t want those if they learn about them. They could become an important bargaining chip, although Helena probably wouldn’t be on board with that.

Paul – I don’t know exactly what’s going on between him and Rachel but I do know it grosses me out. I don’t think Paul has actually become loyal to Dyad, though. It was too sudden. Plus, there’s a whole story we don’t know about how he’s connected to Tony’s friend Sammy. They seem to have been involved in something together besides just being monitors and I’m hoping we’ll find out what in the finale.

Tony – We really don’t know much about the boy clone and I’m not really expecting him to play a major role in the finale. I don’t think the show just introduced him for the sake of further clone diversity, though. It could be that he’ll piece together how his friend/possible monitor Sammy was involved with Paul and be the one to deliver that information.

Art and Angie – The police seem pretty powerless against Dyad. Art has become someone who Sarah and Felix might call on for help, though, and Angie probably isn’t capable of butting out like Donnie warned her to do. Maybe Art will be brought in to help Sarah in the finale. I would certainly like to see that since he’s largely faded to the background this season.