The heritage building ornate in twentieth century Richardsonian Romanesque style, was once fashioned after Chicago’s Marshall Field’s Department store. 151 Hastings Street was originally the home of several  wholesale importers and named after the first owner of the building, Robert Henry Walker. It was he who coined the building Ormidale after his ancestral home in Scotland. 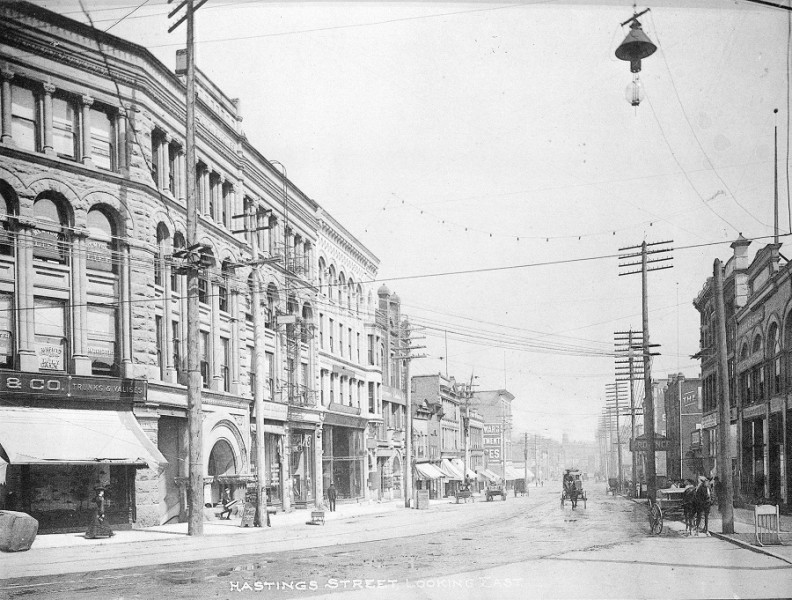 Consistent of its wondrous facade, the building will undergo extensive restoration and scheduled to reopen in spring 2015. 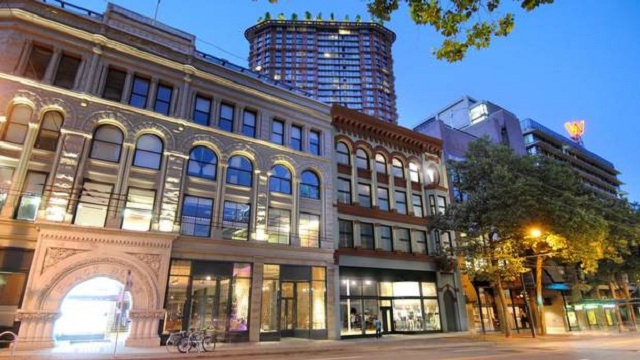 According to Century Group, the handler of the building rejuvenation efforts, Gastown’s newest offering includes:

The developer emphasizes the business area comprising of 100 commercial buildings that currently host approximately 580 businesses. To maintain the historical essence of the 19 acre neighbourhood, Gastown specifically abides by HA-2 zoning (Historic Area District). This code ensures that the architectural character of the district will not be lost in the years of rebuilding and rejuvenating the oldest side of Vancouver. 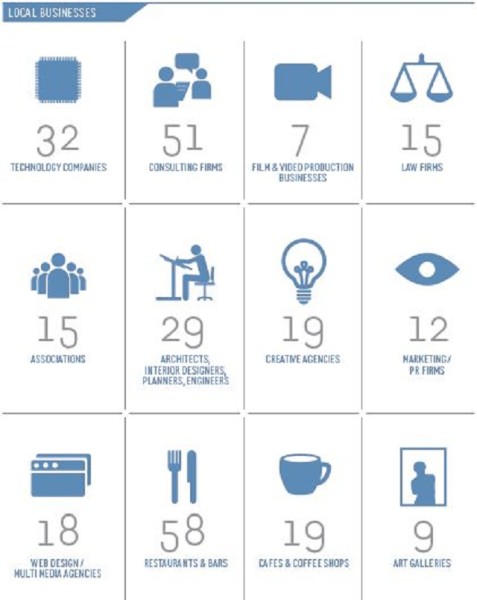 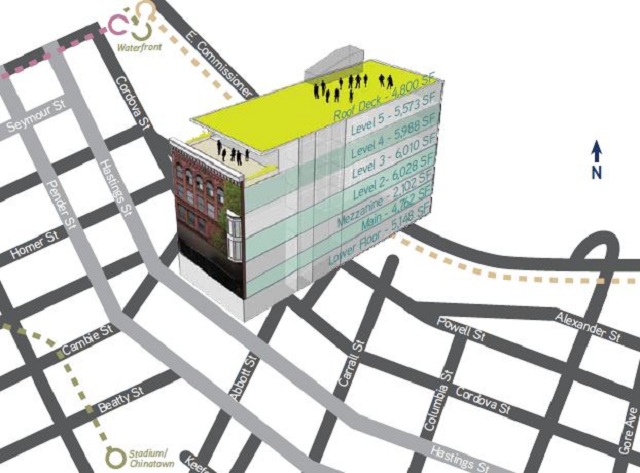 The Ormidale Block will be re-designed by B+H Architects to seamlessly combine the facade facelift aesthetics, with a brand new internal structure. Ideally, the building should carry all of the character appeal of Gastown along with the contemporary features of a great office building. The building facade on West Hastings street will be restored to its prestigious beginnings, along with the two-storey curtain glass storefront. 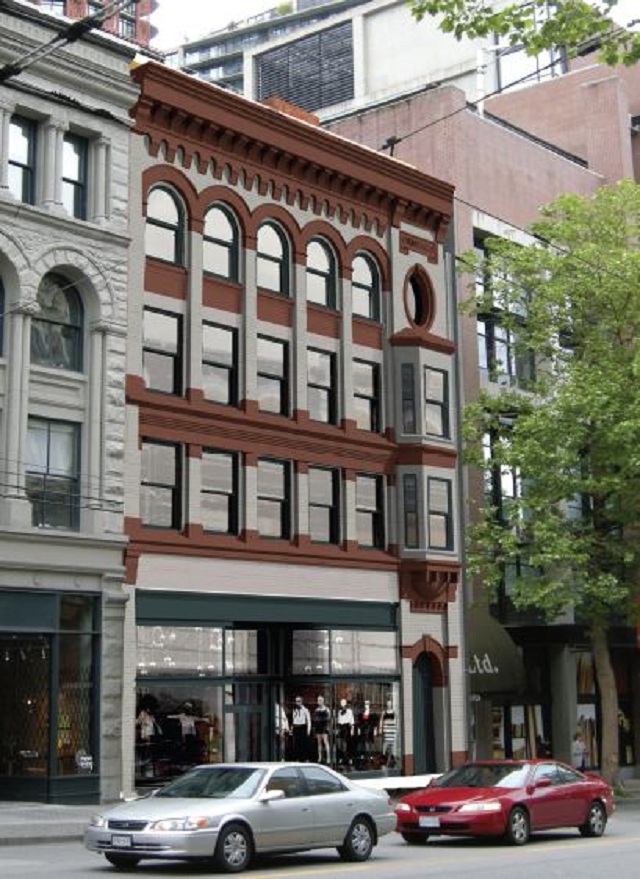 The new building envelope will be designed to drastically reduce the thermal loads of the building. Due to the existing multiple-wall exposure conditions, the architects have chosen to employ increased insulation, high-performance windows and curtain wall which maximizes the use of daylight. These three conditions synergize to offer an extremely high performance envelope. 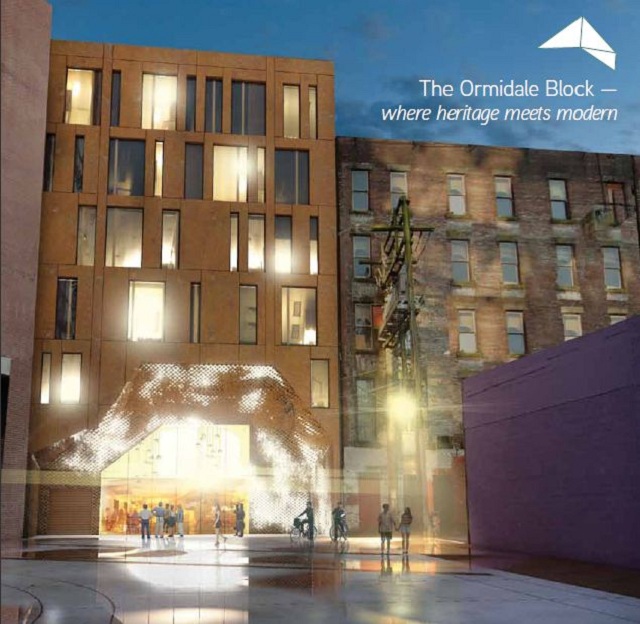 Century Group recognizes the desire for the hip, independent and high-tech firms to operate in creative spaces which corporate buildings often lack.   It is the interesting melange of industrious spirit and culture driven establishments that now aggregate in Gastown.