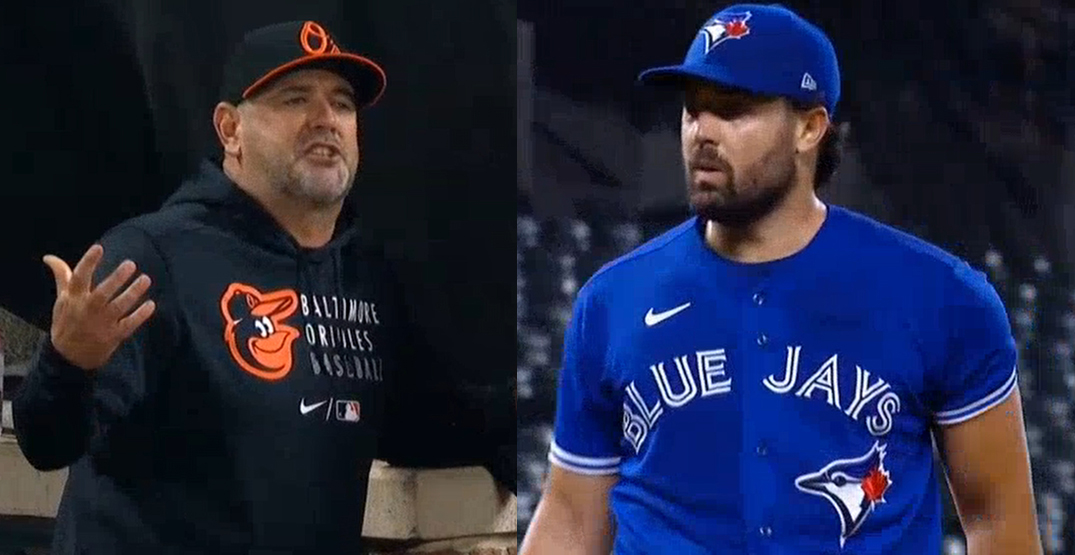 But the Orioles manager Brandon Hyde displayed some misplaced anger with Blue Jays starter Robbie Ray. During the second inning of the Blue Jays-Orioles game, Hyde was heard clear as day barking at the Blue Jays left-hander.

orioles manager brandon hyde is just giving it to robbie ray on the mound rn. not sure why pic.twitter.com/hAZnaNKPql

And just in case you prefer the Orioles home feed, here’s a bit of a different commentary (but Hyde’s potty mouth is still clear as day, no lip reading necessary in this case.)

Brandon Hyde, “Robbie Ray, get your tight ass back on the mound!” pic.twitter.com/m6ckKFawnd

The various expletives yelled by the Orioles skipper include: “Pitch the f*cking ball, we didn’t say sh*t. Just flicking go! It’s the last one you’ve got to worry about. What the f*ck are you looking at? Get your f*cking ass back on the mound! We ain’t saying sh*t here. We ain’t saying sh*t.”

Ray remained relatively calm on the mound, despite being barked at by a MLB manager who knows better. At one point, the Blue Jays starter motioned to the dugout as if to challenge the Orioles manager, but of course, that’s when he piped down.

With just over 5,000 fans in attendance at their last home game, it’s entirely possible that Ray heard some chirps from Orioles fans in the stands and assumed they were coming from the opposing dugout. But when Ray peered into the O’s dugout, Hyde took exception from those suspicious looks from the mound.

I mean, it’s not illegal for a manager to chirp the opposing pitcher from the dugout, but it’s certainly not a common affair. And it’s really bizarre coming from a manager of a club 49 games under .500.