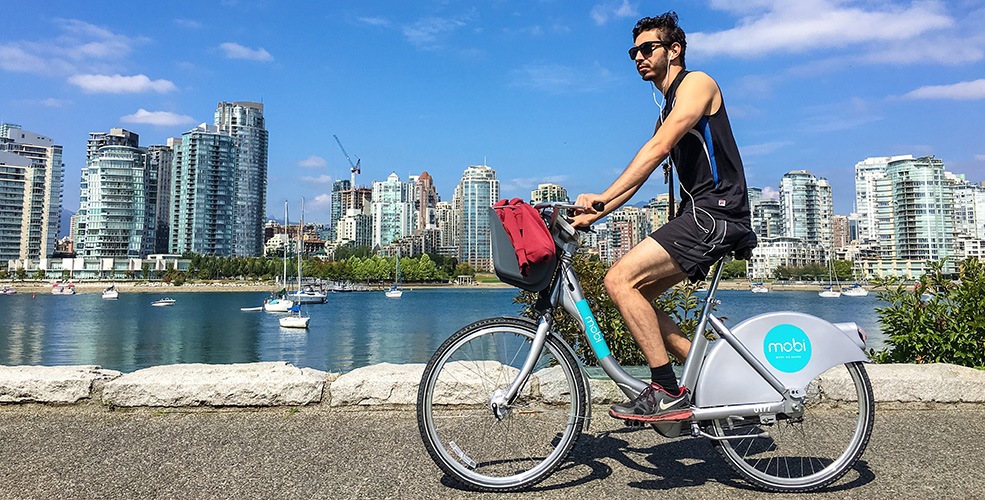 If you’ve spent any time in the City of Vancouver on a bicycle (or for that matter, in a car) over the past few years, you’ll have noticed a significant number of changes to its streetscape. Protected bike lanes are popping up throughout the downtown peninsula, the seawall is now a continuous, 30-kilometre path from the Convention Centre to the UBC Endowment Lands, and the long-awaited Mobi Bike Share is quickly becoming ubiquitous on our city streets. Well, nearly all of our city streets.

These investments have done wonders for the parts of the city where they’re located, increasing mode share and making cycling safer, easier, and more enjoyable for the people who live, work, or play in places such as downtown and the west side. 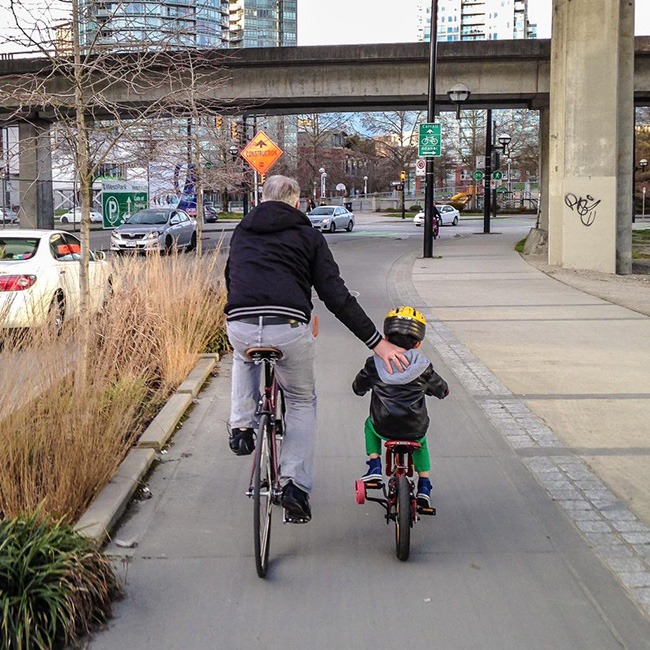 Street improvements that were initially predicted to bring along the demise of local businesses and neighbourhoods are now providing more benefits than ever imagined. Most notable proof of which can be found in the city centre, where the Downtown Vancouver Business Improvement Association has publicly recognized the error in their initial resistance, and is now encouraging more protected lanes and bike share docking stations. This all because their customers and employees have demanded better conditions for walking and cycling, and understand the value it brings to their bottom line.

It’s truly wonderful to witness these transformative changes to a city we’ve proudly called home for almost a decade. Except when you start glancing a little further east.

Take a closer look at the proposed route upgrades, new on-street bike lanes, and even the Mobi bike share service area on a map, and it starts to become more than a little disconcerting. The vast majority of these investments stop at the eastern border of Main Street, leaving a large portion of Vancouverites to just make do with the “car-first” conditions that already exist. 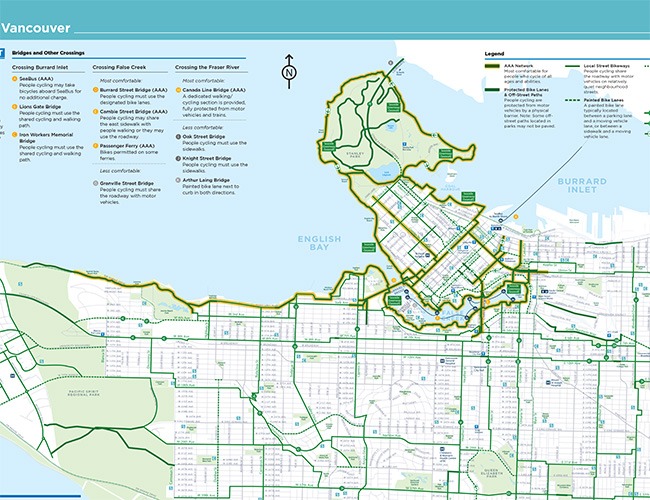 Although what does exist is the Central Valley Greenway, and the 10th Avenue, Mosaic, and Adanac Bikeways – which are great in their own rights. However, these are projects completed almost 20 years ago, with only minor spot improvements made in that period, allowing them to fall far short of the City of Vancouver’s own goal of building a city-wide network that is accessible to all ages and abilities. In the meantime, East Vancouver has seen the number of people travelling by bicycle increase year after year, making these some of the busiest bike routes in the city.

The argument could be made that – because the east side already has numbers willing to cycle on existing infrastructure – this investment isn’t a priority.

But that kind of thinking also feeds the frustrating argument that high streets such as Commercial Drive are “good enough” for those willing to brave it, and a protected bike lane is entirely redundant. It also ignores the notable latent demand of families residing on the east side, who often tell us “We would cycle more if it were made safer.” Worst of all, it suggests that a patchwork of ad-hoc, traffic-calmed neighbourhood greenways separated by a dozen or more blocks is an acceptable transportation network. 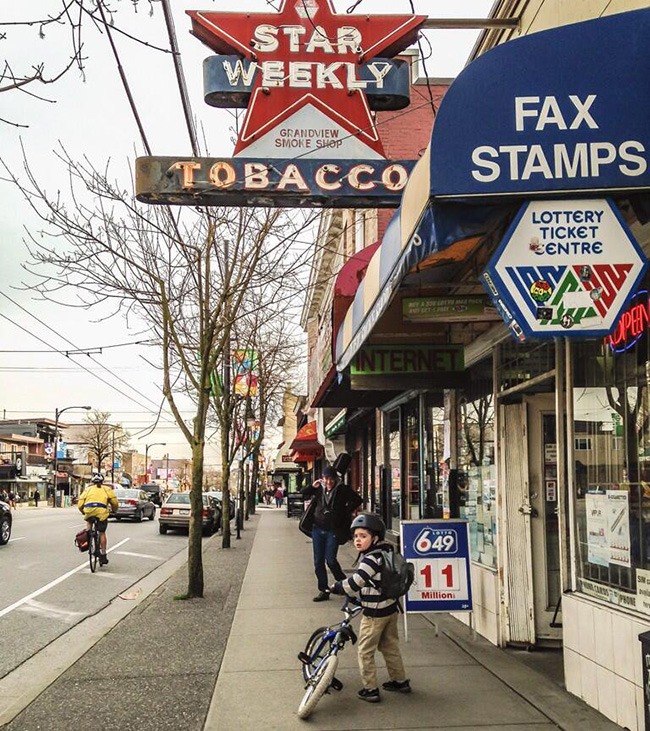 With limited resources available, it is impossible to expect City officials to be able to make the much-needed improvements at every location at once. However, it is reasonable to expect equal consideration for all Vancouver communities.

With practically all of the City’s energy focused on building additional protected lanes downtown, major upgrades to the seawall, Arbutus Corridor, Point Grey Greenway, and 10th Avenue Bikeway (between Oak and Yukon Streets), and bike share service stopping at Main Street, it appears the east side, arguably the area most in need – due not only to higher cycling numbers, but also lower incomes – is being left out in the cold. 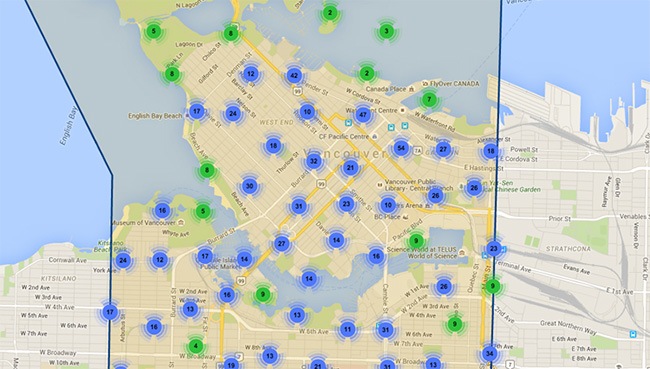 Of course, this prioritization of certain parts of the city over others isn’t just up to staff and politicians. Residents must speak up, ensuring their councillors, merchants, and advocacy groups understand what has worked until now isn’t good enough.

Safe and unrestricted mobility is of utmost important to all Vancouverites, no matter their age, income, or location. As our streets begin to get more crowded – with people walking, cycling, and driving – greater importance needs to be placed on providing the means to travel comfortably and efficiently  throughout all of our neighbourhoods, regardless of postal code.

The best cycling cities in the world are those that make the two-wheeled journey to work, shopping, and school seamless, intuitive, and safe for all users, regardless of their age or ability. East, west, north, and south, this must be our priority in Vancouver, as we strive to make our city a healthier, happier, and more accessible place.

Author’s Note: Shortly after we wrote this editorial, the Vancouver Sun published a story on proposed new cycling routes in the Grandview Woodlands Community Plan (a plan that was made available to the public in June, and passed by council in July). In contains no new information, but combines the terms “new bike lanes” and “key driving routes” in a cynical attempt to generate clicks. It fails to mention there is a 30-year timeline attached to this plan, so many of these upgrades could be made in our grandchildren’s lifetime.