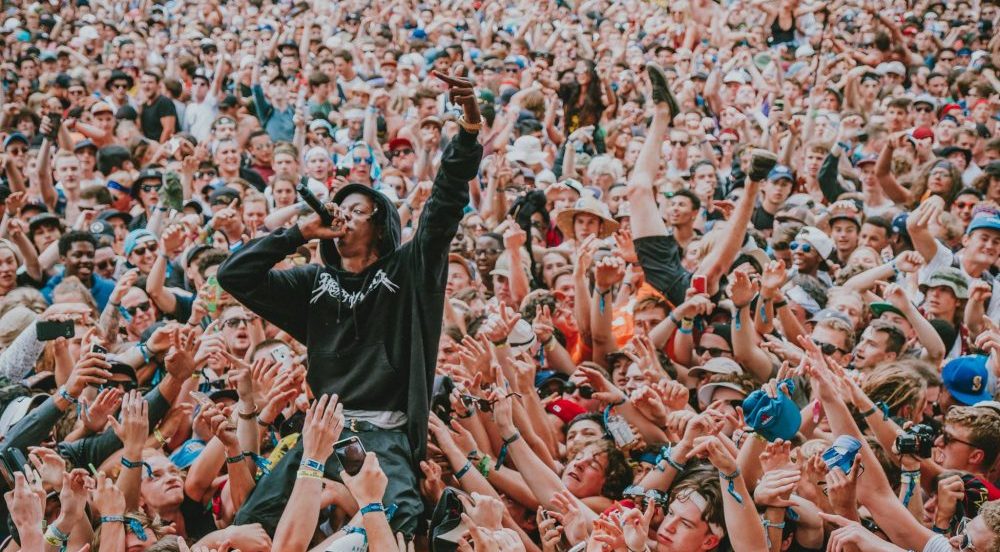 Alright stop, collaborate, and listen – Pemby’s back with a brand new edition. After months of rumours, wild guessing, and trolling from the event’s very own social media team, Huka Entertainment finally released the lineup for Pemberton Music Festival 2017 Friday morning, and it’s a doozy.

Chance The Rapper, Muse, and A Tribe Called Quest are set to headline the four-day party, which takes place July 13 to 16 in Mt. Currie. Also slated to perform are Big Sean, MGMT, and Swedish bass-dropper Alesso.

So did good things come to those who waited? Pemby is notoriously late when it comes to releasing their lineups – when you think about it, any children conceived during last year’s Pemberton Music Festival would have likely been born by now.

Months ago, organizers promised to drop the announcement in “late March” and fans got especially testy when March came and went without a whisper. It certainly didn’t help when rumored headliners Kings of Leon and Kendrick Lamar each announced Vancouver concerts this week, thereby eliminating themselves from Pemby Fest consideration.

That being said, how does this year’s roster stack up against other festivals taking place across North America this summer?

As always, Coachella set the bar really high when it comes to star-power, boasting appearances by Lady Gaga and Radiohead. By comparison, Seattle’s Sasquatch came up a little short, with fans groaning over “safe” bookings like Twenty One Pilots and Frank Ocean.

Pemberton falls somewhere in between those two events. ATCQ are hip hop royalty, and English rockers Muse have been selling out stadiums worldwide for a decade. Chance The Rapper is also a huge “get,” having just won the Grammy Award for Best New Artist in February (also nominated were The Chainsmokers and Anderson .Paak, both of whom played the Pemberton Music Festival in 2016).

Sisters are also doing it for themselves this summer: Canadian twins Tegan and Sara Quin will make their Pemby Fest debut and so will Haim, the California trio comprised of siblings Danielle, Este, and Alana. Haim are set to drop their second album Something To Tell You a week before the festival.

Fans of EDM giant Diplo will be doubly excited as it appears he’s playing a solo set and one with side-project Major Lazer (the trio’s “Lean On” is Spotify’s most-streamed song of all time). And rap enthusiasts will no doubt be a “lil” excited by the one-two punch of Lil Uzi Vert and Lil Yachty.

The jury’s still out on Migos, however: their “Bad and Boujee” topped Billboard’s Hot 100 chart this year but the trio ignited a firestorm of controversy after making homophobic and misogynistic remarks in a recent interview.

Noticeably absent from the announcement is any mention of Pemby’s beloved comedy stage. Past incarnations featured sets by Trailer Park Boys and Tom Green, but save for a performance by Andy Samberg’s Lonely Island, comedy fans will have to get their laughs somewhere else (perhaps over at Nelly’s set).

Who are you most excited to see this summer? And how does this year’s roster compare to past Pemberton Music Festivals? Sound off in the comments section below, and be sure to check out our coverage of the event in July.