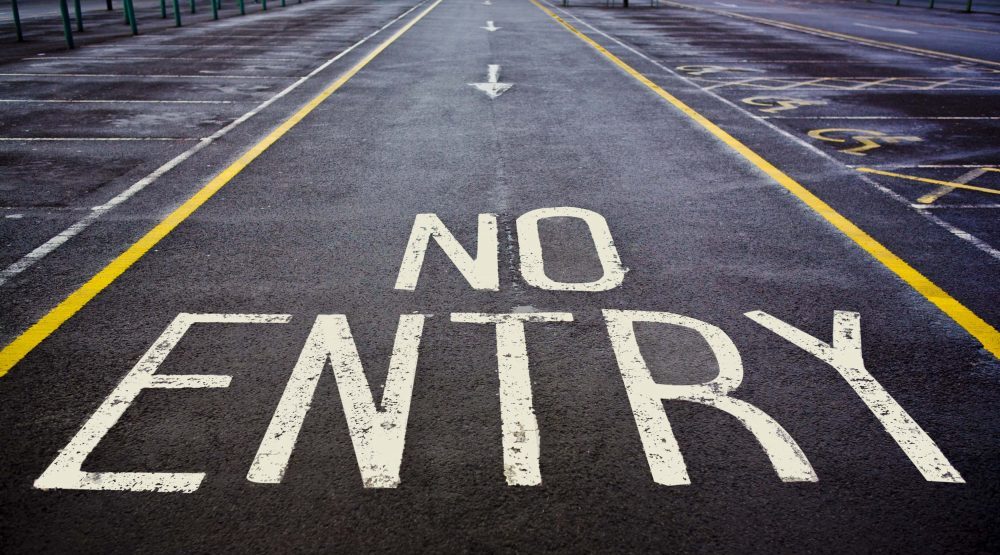 Written for Daily Hive by Ed Hill, an award-winning stand-up comedian from Vancouver. You can find more of his useless thoughts at kingedhill.com or on Twitter.

With the current political climate following Brexit and the US election, it appears the cool thing to do is to run your country like a private yacht club.

As we all know, nothing, and I mean nothing, is cooler than making sure everyone else looks like you, dresses like you, and talks like you.

However, it is never easy being part of the cool kids club. So how are you going to make sure that wherever you live will forever stay the way it is?

How can you, a citizen of the world, ensure that your environment remains as plain and boring as it possibly can be?

Don’t build anything big and fancy

Let’s face it, everyone wants to party at the house of the guy who just bought a 70-inch flat screen smart television with all the inappropriate channels. Nobody wants to waste their precious free time staring at a three-channel CRT thrift store trash box. So if you don’t want people to invite themselves into your country, don’t build anything that is the biggest, the coolest, or the fanciest. That means no pyramids, no towers, no nothing. Keep everything mediocre and plain. Turn off your lights if you don’t want other people’s kids trick-or-treating on your porch. Strive to be average and your population average will plummet like Pokemon GO’s user base.

Smile a lot. Compliment in detail the appearance of every person you think who is not from your country. Offer them candy. Volunteer to babysit foreigners’ kids for no fee. Drive around in a white van and give tourists free rides in the middle of the night. Randomly hug people who look like they are lost. Share your inner most secrets to everyone who has the ability to hear sounds. Serenade strangers from other nations with the songs of your people. Nothing depletes a sense of trust and safety like a weirdo on the subway who laughs and claps too much for no reason. Be excessively nice and your country will run like an empty

Stay away from walls

It is common belief that walls are the hallmark tools for deterring people. Donald Trump won the recent US election by wanting to build a wall to keep all the foreigners out of his country. However, history has proven that walls bring all the boys to your yard. The Chinese built the Great Wall of China to keep the foreigners out, and now there are millions of tourists from all over the world taking selfies on it every year. The Berlin Wall brought an endless supply of airplanes. The Chewing Gum Wall in Seattle is one of the top tourist attractions of the Pacific Northwest. Nobody likes gum that has been chewed, yet if you add the power of a wall, everybody shows up like you’re giving away a free truck on Craigslist.

Everybody wants to be a foodie in 2017. If you don’t believe me, walk into any restaurant and watch people take pictures of their noodles like it’s a crime scene investigation. Therefore, one major reason people travel is to find foods that they have either never tasted, or haven’t had the chance to use a photo filter with yet. So how do we stop these foreign selfie creeps from showing up in your neighbourhood pub? Three words: Cook. Their. Food. Nobody wants to fly half way across the world just so he can re-experience what his mom made that morning. They sure as hell as don’t want to take a picture with their dad’s omelette. So there you go, open up restaurants representing every nation and your country will have as many colours as a Charlie Chaplin movie.

Make your national bird a clown

Because nobody, and I mean nobody, likes clowns.

If you can follow the aforementioned guidelines, you too can live in a community identical to the Attack of the Clones. You can finally feel like a unique individual living in a society filled with people who are just like you. After all, like someone used to say, “If you close your eyes, you can’t see.”