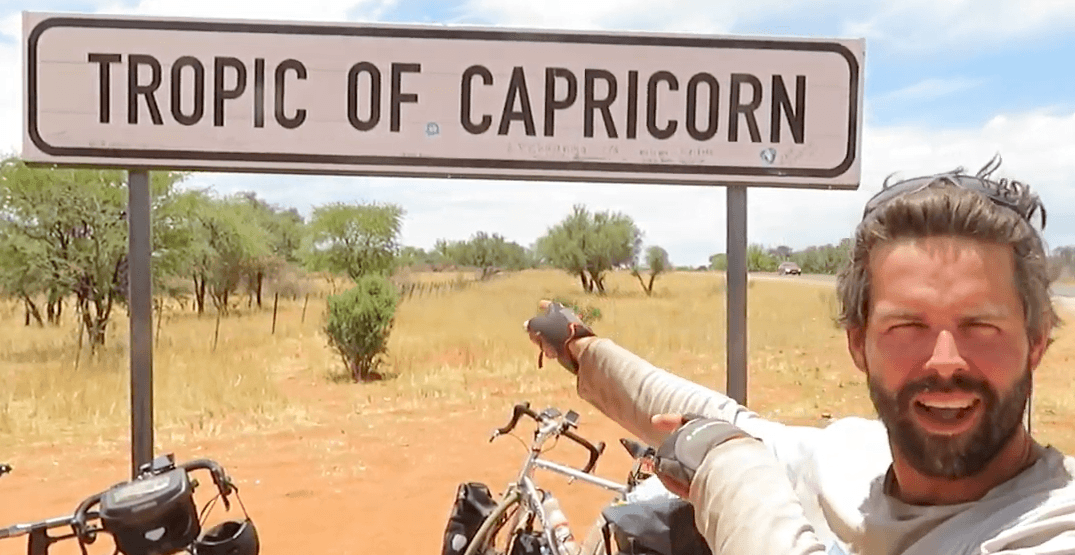 Kevin Hansen, is an on-again-off-again nomad from Vancouver, who has cycled 100,000 km in 75 countries. He has documented his bicycle travels through his travel blogs (Europe, Africa, World, Asia) and YouTube account.

In 2011, I left the rat race to cycle around the world with my brother, Trevor.  After an initial attempt failed due to being robbed in Central America, we gave it another go in 2012 and successfully circumnavigated the world on our bicycles.  We pedalled over 57,000 km through five continents but never touched Africa. 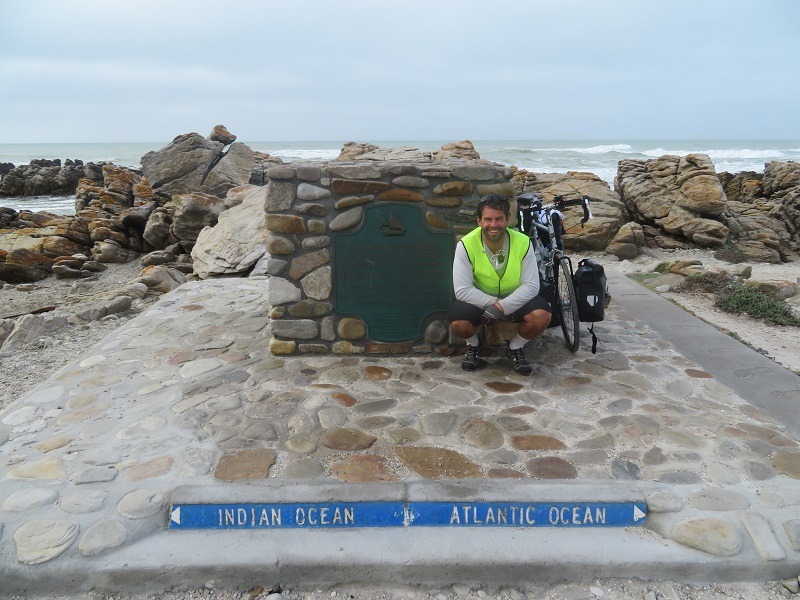 Fast forward a few years later to 2017 and the opportunity to cycle through Africa fell into my lap.  I was between jobs and my friend Justin who had also quit the daily grind was cycling around the world. As I was a bit apprehensive about going solo through Africa, I contacted Justin who at the time was cycling through Australia and posited the idea of cycling Africa together.  Fortunately, he accepted and a few months later we were in Cape Town for the start of our African odyssey.

Perhaps like many people, I had a negative perception about Africa. This probably stemmed from the charity ads I saw as a kid in the early 1990’s, depicting malnourished children somewhere in Sub-Saharan Africa.  In addition, we are constantly fed negative news about the continent’s corruption, terrorism, famine, poverty, crime, Ebola, HIV, malaria — and let’s not forget those deadly snakes and human eating crocodiles! 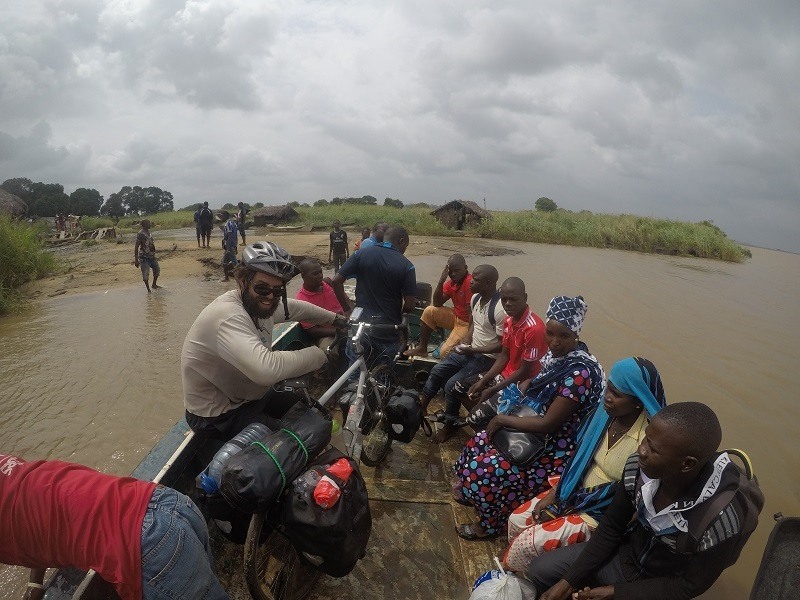 I arrived in Cape Town with a six-month supply of multi-vitamins, as I was worried about getting my proper daily nutrition.  As I pedalled through the continent I learned how wrong I was about all my fears and reservations. There were plenty of fully-stocked supermarkets and water was never an issue.  I even drank straight from the tap all the way to Lusaka, Zambia and thereafter used a SteriPen to purify borehole water. The Sahara Desert wasn’t much of an issue either as we passed at least one small shop daily where we could stock up.  I never had a problem charging my electronics. The sun always shone brightly emitting ample rays to charge my solar panel. The continent has great solar power potential. 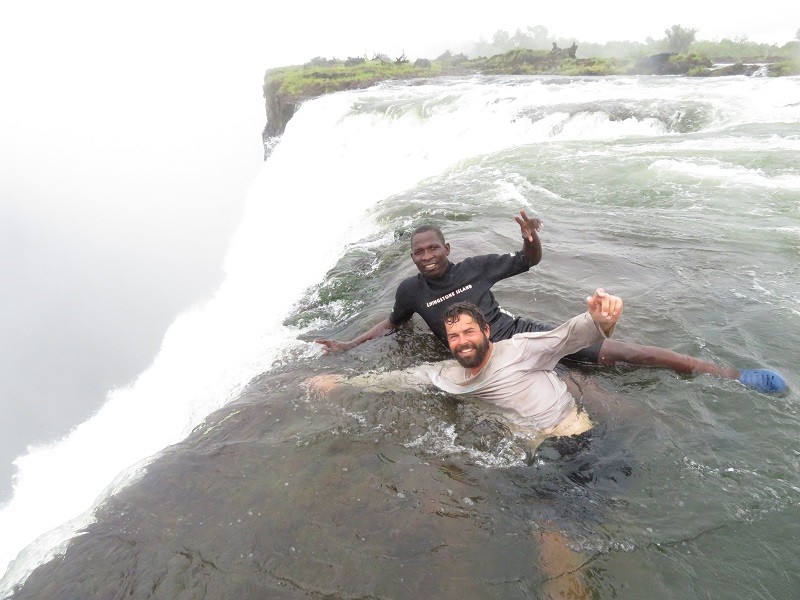 While I do not deny Africa continues to be challenged by the aforementioned problems, the continent has made vast improvements over the years.  I was pleasantly surprised by the infrastructure. Most of the roads were paved. I seldom saw extremely malnourished children and most people had a cellular phone.  In Kenya, I was amazed to discover that they are one of the world leaders in mobile phone based money transfers, financing and microfinancing. Everywhere I saw people paying for goods with their smartphones. 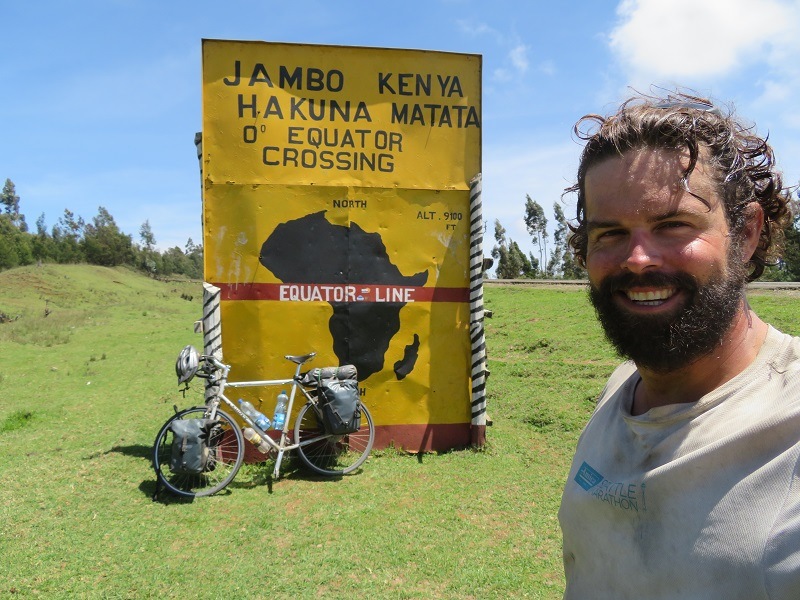 That said, it wasn’t all roses.  I did notice a fair amount of gender inequality.  Women and girls appeared to do most of the work. More often than not I saw women not only cooking and cleaning, but also tending the fields, doing hard labour weeding and harvesting the crops.  Every time we were at a well, we encountered women and girls fetching water. Never men and boys. 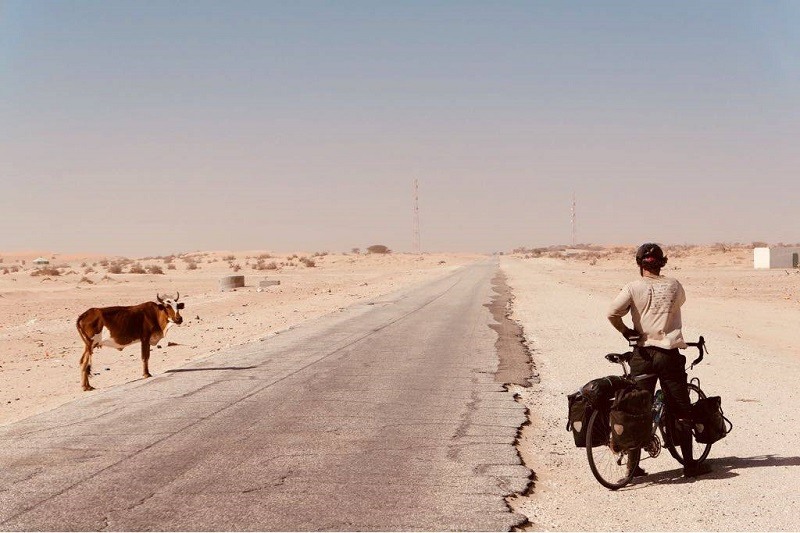 And sure, cycling through Africa wasn’t all smooth sailing as we did experience our fair share of adventure and a few close calls. These included scorching temperatures in the Namibian desert, attracting and constantly being stared at by groups of 30 to 40 people (some equipped with machetes) in Northern Mozambique, being mistaken for poachers in Kenya and subsequently surrounded by park rangers armed with AK-47s, dodging a 2-year jail sentence for taking a photograph on a bridge over the Nile River in Jinja, Uganda, and battling demoralizing 50+ kph headwinds for a month while going through the Sahara Desert.  We had our hardships but persevered and it certainly made the trip much more rewarding. 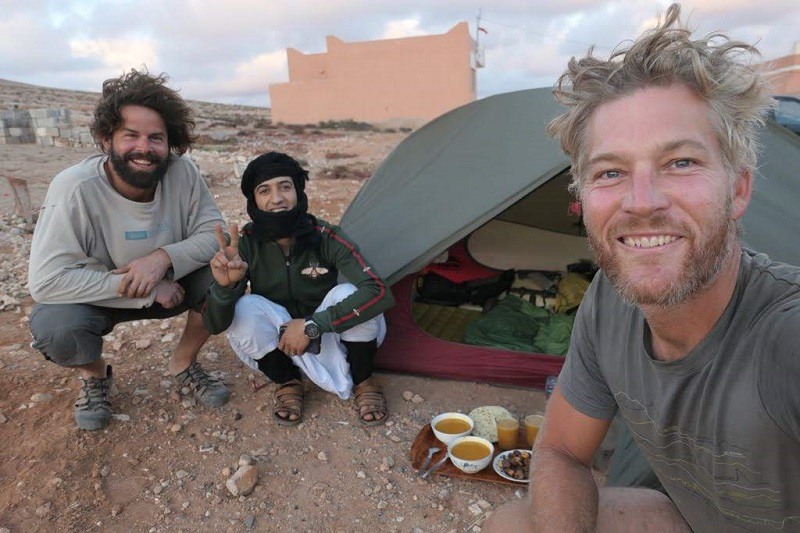 Crossing over from Africa into Europe brought a much different experience.  I was no longer looked at as someone with money but someone who needed it.  My hobo-esque look unfortunately attracted unwanted attention at times. I had to show the inside of my bag numerous times in supermarkets. Once a security guard was asked by a shopper to remove me from the premises as they thought I was a homeless person just using the washroom.  That aside, I did run into a number of generous people who offered to buy me food or give me clothing, not that I was looking for handouts. Oddly enough, the most generous person I met was an ex-homeless/ex-drug addict outside Helsinki, Finland. He had fallen on hard times but was doing what he needed to do to get better and still he insisted on giving me some food and warm clothing. 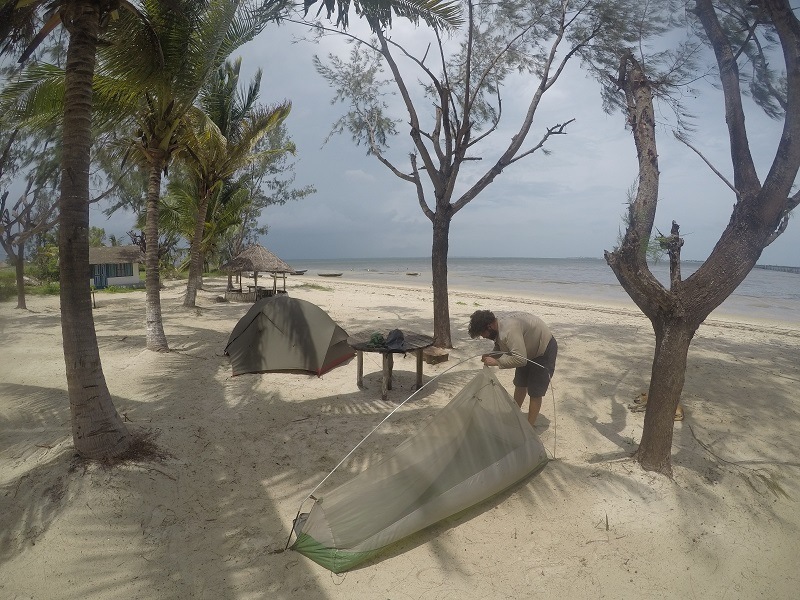 I have been fortunate over the years to cycle and backpack the globe on a shoestring budget. It is possible to travel cheaply and be environmentally friendly. My 1.5 years around the world bicycle tour and 13 month Africa/Europe bicycle trip cost me around $13,000 each.  Throughout all my experiences I have found most people to be warm and friendly, especially in countries least expected. A smile and positive energy certainly goes a long way wherever you are. 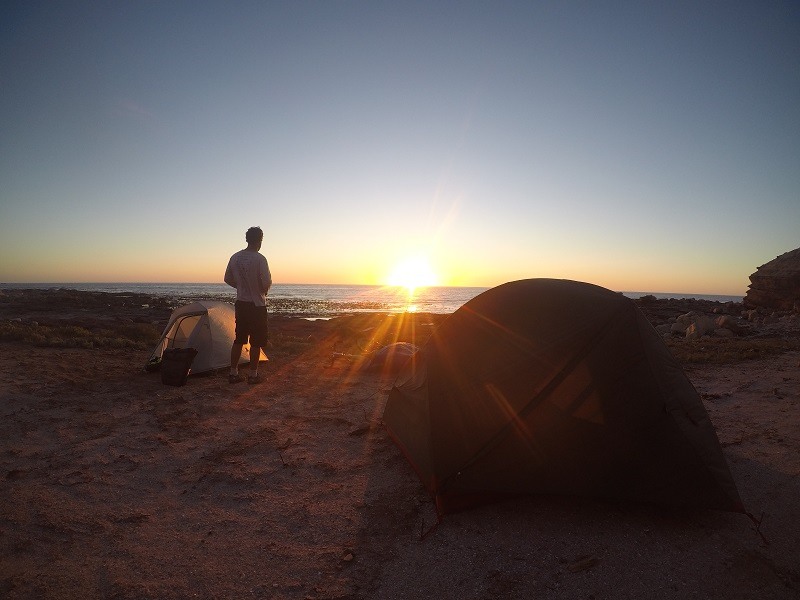 Returning home to Vancouver after many years away made me once again realize how fortunate I am to live in a beautiful province with abundant resources and clean water. We often forget how good it is here and get too absorbed with keeping up with the Joneses.  But at the end of the day, I feel people all over the world are more or less the same. It isn’t the material things that make people happy but family, community, and meaningful relationships with others. And that is something which doesn’t cost anything, no matter where you are in the world.