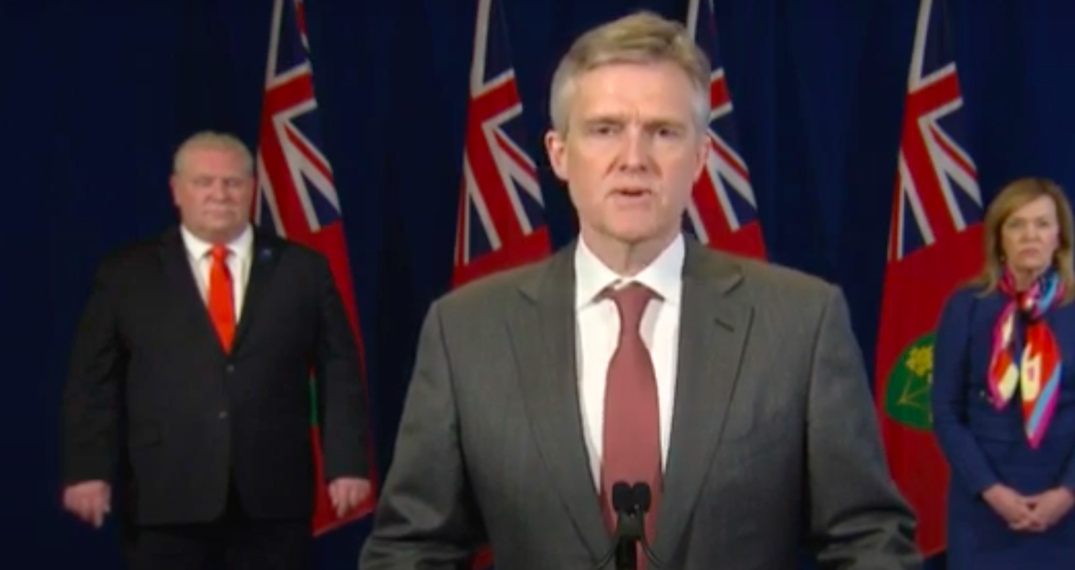 Ontario’s Finance Minister Rod Phillips has resigned from his position after a controversial trip to St. Barts.

“Today, following my conversation with Rod Phillips, I have accepted his resignation as Ontario’s Minister of Finance,” he says in a statement.

“At a time when the people of Ontario have sacrificed so much, today’s resignation is a demonstration that our government takes seriously our obligation to hold ourselves to a higher standard.”

On Wednesday, Ford told reporters that he knew of Phillips’ whereabouts before it was discovered that the finance minister went to St. Barts for a personal vacation.

“My mistake, and I take full responsibility. At that time, I should have said, ‘Get your backside back into Ontario,’ and I didn’t do that,” said Ford to reporters. “I did call him shortly after he arrived and I asked him and he said he was away.”

Minister Peter Bethlenfalvy will assume the role of Ontario’s Minister of Finance, on top of his current role as President of the Treasury Board.