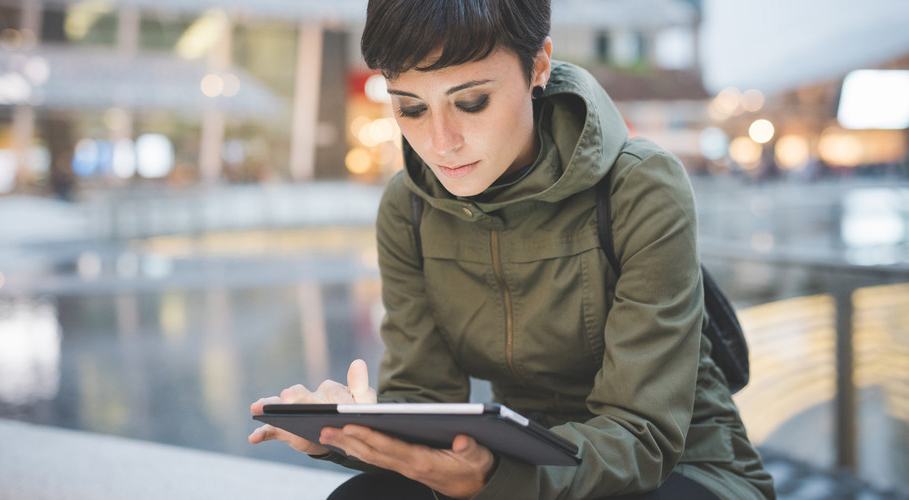 Woman on an iPad (Eugenio Marongiu/Shutterstock)

Have you been trolled online? You’re not alone. According to a new poll by the Angus Reid Institute, almost half of Canadian millennials are being harassed online.

Some 44% of participants aged 18 to 34 said they had suffered trolling and harassment online.

Total of those harassed online by age (Angus Reid)

That’s significantly higher than the overall proportion of respondents, regardless of age, who said they had been harassed online – 27%.

Even worse, if you identify as a member of the LGBTQ community, you are much more likely to suffer harassment. Some 58% of LGBTQ social media users had been trolled.

The kinds of trolling experienced by all harassed respondents ranged from being called offensive names (17%) to being sexually harassed or physically threatened (4%). 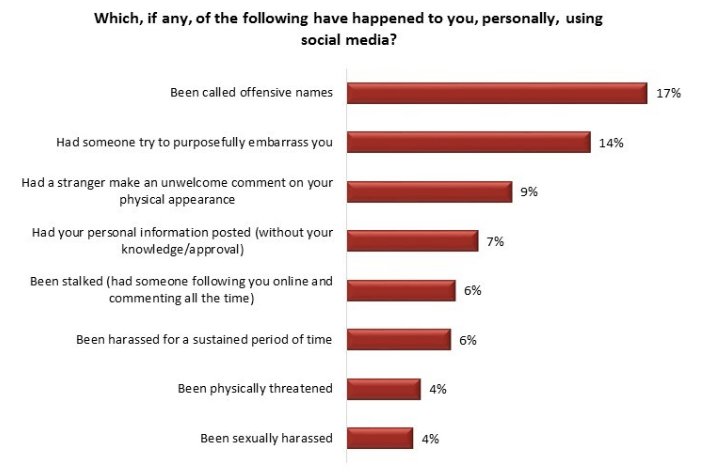 Some 6% of harassed respondents had been stalked online, while 7% had had their personal information posted online against their will.

Of course, most respondents also feel more needs to be done to address trolling online; 53% said social media companies are not doing enough to stop it.

A quarter of all those participants who said they’d been harassed also said they suffered real world consequences as a result of the trolling they experienced.

Some 57% of those people said they had changed their real world habits due to threats, while 31% said they had received unwelcome calls, messages or texts.

And pretty scarily, some 11% of those people said they had been followed or stalked as a result of their harassment, and 8% said they had to change school or workplace. 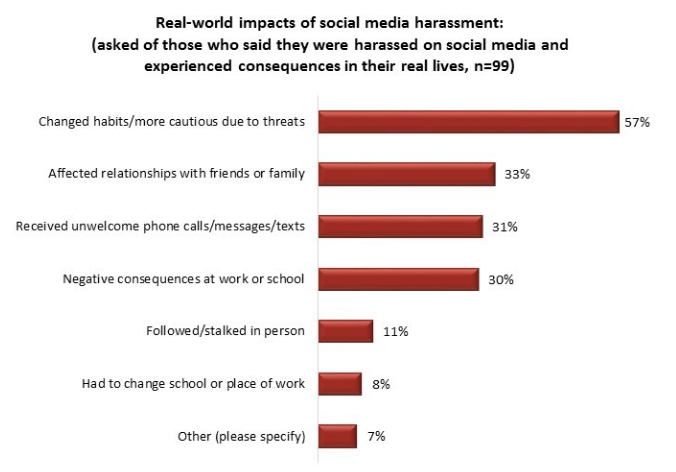