Vancity Buzz takes an insider’s look at what to do in the British capital: here’s our guide to spending one week in London!

Home is where the heart lies and returning to London after a year in Vancouver reminded me just where mine will always reside.

Armed with a lifetime of local knowledge and a Canadian explorer by my side, this was my first visit as a fresh-off-the-B.C.-boat tourist.

This guide provides you with seven packed days of food, drink, shopping, attractions and museums and local secrets. In addition to London, make the most of your adventure with a day trip to Paris by train – it would be silly not to. 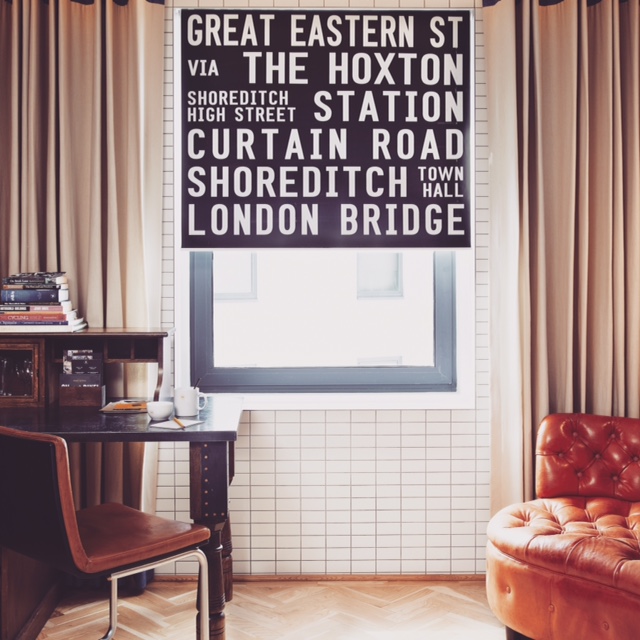 Accommodation: The Hoxton is a popular drinking and dining venue for Londoners but also serves as a stylish yet affordable hotel. We opted to stay at its Shoreditch branch (the other situated in Holborn).

At just a stone’s throw away from Old Street and Liverpool Street tube stations, The Hoxton Shoreditch is in the heart of trendy East London. The little bonus perks made our stay that extra bit special; from the hours’ free international phone calls to the morning breakfast bag left outside our door, not to mention the super chic rooms and funky hangout downstairs.

It’s almost hard to believe that rates start from £69 per night for a boutique experience. A definite must stay!

Kick start your Instagram with a London icon. There are several if you exit Westminster tube station. Big Ben and Westminster Abbey are two of the most illustrious, but if you want the wow factor then hop aboard the London Eye. Inside the capsule you’ll see up to 40 kilometres in all directions plus get your initial bearings of the city.

Stick around and get a quick history or science lesson near the London Eye. The London Dungeons recreate various gory and macabre historical events of London using a mix of live actors, special effects and rides while the London Aquarium is home to one of Europe’s largest collections of global marine life and offers an insight to sea life from a city perspective.

Both are especially great if you’re travelling with children but can be enjoyed by adults alike. We found it to be a playfully fun mix to our sightseeing schedule.

The surrounding Southbank region is gorgeous for a stroll and a drink at The Riverside Bar at the BFI is a welcome wind down. If you’re in town between May 7 and September 27 you’ll be lucky enough to enjoy the London Wonderground, a huge festival of cabaret and circus (we recommend some eye-popping ‘Boylesque’ action in Briefs) or the the Udderbelly Comedy Festival (April 9 to July 19) taking place inside the belly of a giant purple cow.

Whilst Lululemon remains staple attire in downtown Vancouver, Londoners don’t quite share the same enthusiasm for athletic fashion… except when actually doing sport.

If you’re desperate to don the gear and shake off jet lag then book in a session with Yogasphere in The Shard. It is Western Europe’s tallest building, and a visit to its viewing platform alone usually costs £25. For a £40 package you’ll be able to join the coolest yoga experience money can buy AND observe the 360-degree views over the capital.

Borough Market, London’s most famous food fair resides close by, where local stallholders grow, rear or bake some of the most delicious post-workout treats for you to devour.

By continuing to explore the London Bridge and Southwark spaces you’ll stumble upon some beautiful structures including Shakespeare’s Globe. Pillaring the Millennium Bridge is the Tate Modern and St Paul’s Cathedral. 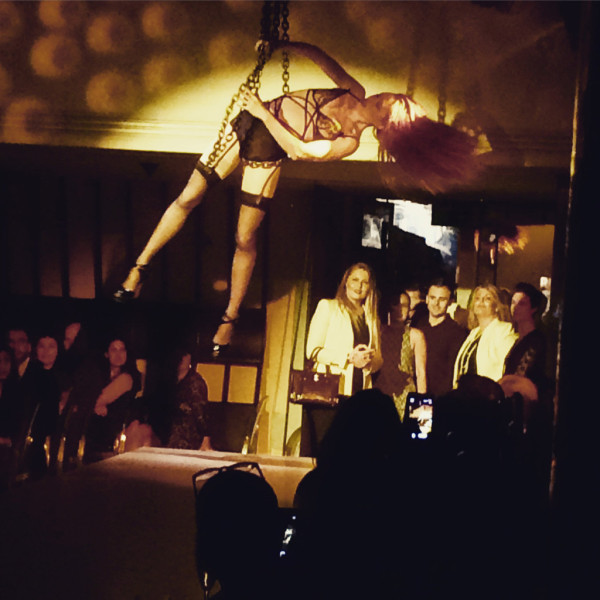 We highly recommend spending Saturday evening at Circus, one of London’s chicest dining experiences. There you can enjoy an enchanting Pan-Asian dinner while live entertainment appears in little bursts across the centre table.

Surprise acts can range from sexy acrobats to fire eating ballerinas. Oh, and once you’ve tried their astounding coconut, chicken and lime salad, all other salads will taste like grass in comparison!

Still thirsting for cocktails after Circus? Sample a few more at underground bar, Freuds just around the corner.

One too many last night? There’s no harm in making Sunday a lazy one and checking in those sore feet to the Akasha Spa, right in the heart of Piccadilly Circus. A few hours dip in the luxurious pools of this urban retreat will set you right up for an afternoon of shopping.

Regent’s Street, Oxford Street and Carnaby Street are all within minutes of the spa. Topshop’s flagship store can be found by Oxford Circus tube station, but be prepared to get lost among five floors of fashion. There’s a Lola’s Cupcakes on the ground floor for hard-core Topshoppers, with the most beautiful fresh hand crafted cupcakes to fuel yet more credit card burning.

Although we have Dark Table in Kitsilano, the concept originated in Europe, with Dans Le Noir? being the most successful. Its London branch is situated in Clerkenwell, where blind waiters lead you through the dark for one of the most unusual culinary experiences you’ll ever have.

There you choose a surprise menu and find out what you’ve been shoving in your face when you return to the light. Senses are heightened but either way the food is phenomenal. 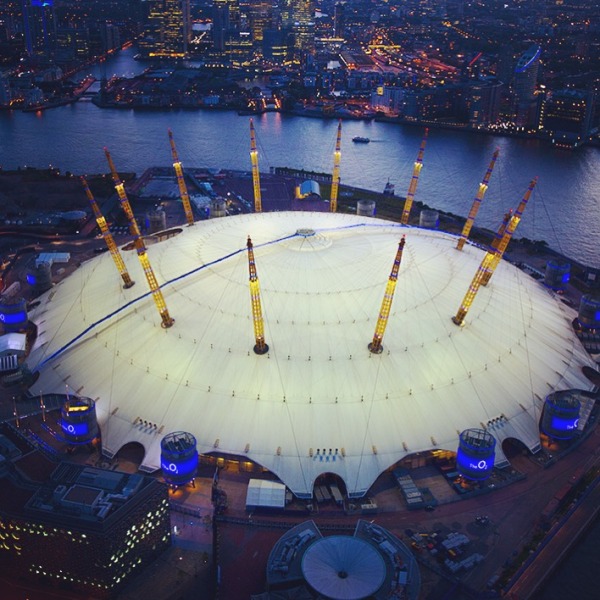 Let’s have an unconventional tourist day in the East End. Begin with a cable car ride to the iconic O2 arena and then climb over it!

That’s right, with Up At The O2, you’ll put on a futuristic blue climb suit, boots, harness and latch to scale over the giant dome. A guide will lead you to the top, standing at 52m high and with ascents and descents of up to 30 degrees. Pray for a dry morning as a slippery surface does dampen the experience.

Brick Lane is the scene of the artsy crowd, featuring galleries, restaurants, markets and festivals all year. It’s also the hub of London’s Bangladeshi community so be sure to sample a famous curry for lunch. Just off Brick Lane on Code Street, a former underground station is now home to pop up cinema, Pillow Cinema.

We enjoyed a movie under blankets, pillows and bean bags while the choo-choo trains rushed over our heads. If Pillow Cinema isn’t running while you’re in town, then look into Rooftop Film Club which usually runs during the summer on beautiful fairy-lit rooftops or the newly launched Drive-In Film Club where you can catch a reel from your wheels!

Still up for more alternative city fun? If travelling in a group of three or more be surprised at just how much fun you can have being locked in a room together! Cluequest is a real-life escape game in which you and your pals have one hour to solve a range of (fairly challenging) puzzles and mysteries. It’s like being on a TV game show without the humiliation.

Admittedly, London’s Vietnamese cuisine doesn’t quite measure up to the brothy delights on Main Street, but if you need your pho phix then visit Salvation In Noodles (or “SIN”) not far in Dalston. Their authentic and thrilling noodle soups are a favourite with Brits including Kiera Knightley and M.I.A.

Round off the night with a box of Dum Dum donuts in Box Park… the best box you’ll ever regret.

Mark Tuesday as a royal occasion with a trip to magnificent Buckingham Palace. The nearby parks, including St James’ Park and Hyde Park, are perfect for a leisurely stroll.

Chances are unlikely that you’ll bump into Will or Harry jogging around the palace, however, Madame Tussauds in Baker Street provides the opportunity to get your own royal family portrait. Other notable Brit waxworks to get your selfie stick in a twist over include Adele and David Beckham. 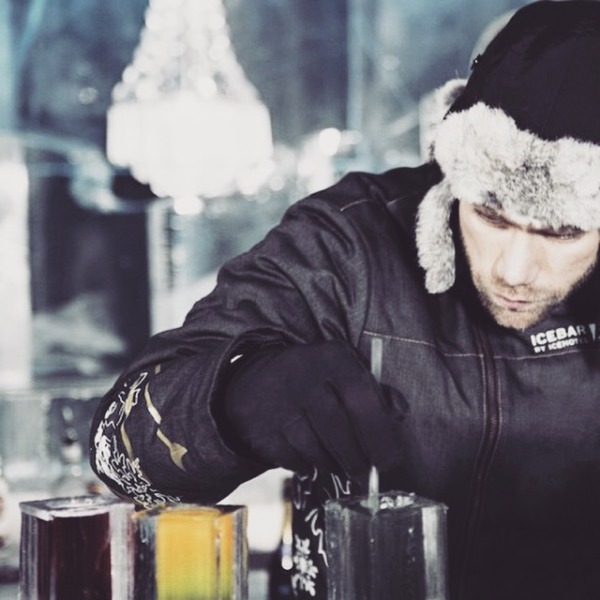 Enjoy a buzzing evening of shops, restaurants and bars around Soho (Muriel’s Kitchen is great for a spot of tea and scones!), Leicester Square and Chinatown.

Ever been to a bar made entirely of ice? Visit Icebar London, where the walls, tables and even your own glass are made from crystal clear ice.

At -5 degrees Celsius, slots are a maximum of 40 minutes long, so you’ll just be going for the one-off experience. Treat yourself to some swanky cocktails and the classy atmosphere of Sketch on Conduit Street. The exquisite décor right down to the bathrooms are a work of art and the perfect way to round off a royally sophisticated day. 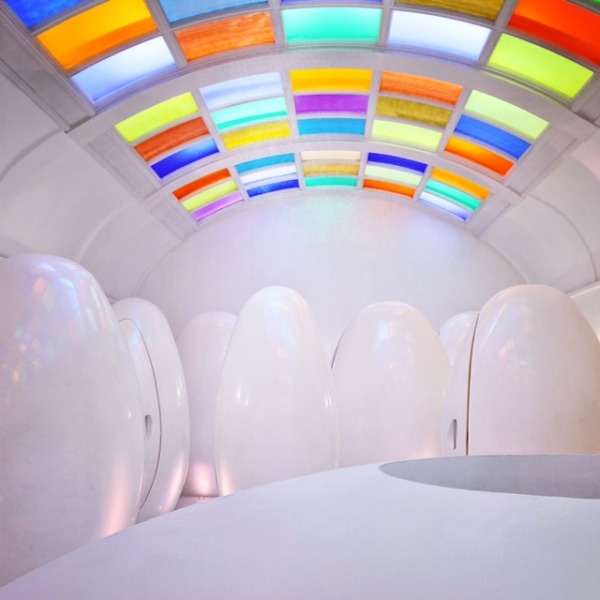 The best thing about museums in London is that most are free! We suggest heading over to South Kensington to marvel the works at the V&A and the National History Museum, then grab a coffee and circle the Royal Albert Hall.

Alternatively be a big kid and learn about London’s tube system at the London Transport Museum (there are some great photo opps, too) or if you prefer bizarre and mind-boggling wonders then Ripley’s London may excite. Both options suit those travelling as a family.

Notting Hill’s markets are as much about soaking up the vibe as they are about shopping. On the other end of the scale is Harrods in Knightsbridge which is so big it has an all-year-round Christmas department.

With all that history and culture you might need to let your hair down in the evening and belt out a few 1D classics, martini in hand. Lucky Voice karaoke in Soho offers that underground Japanese karaoke vibe, complete with private room and dress up gear. 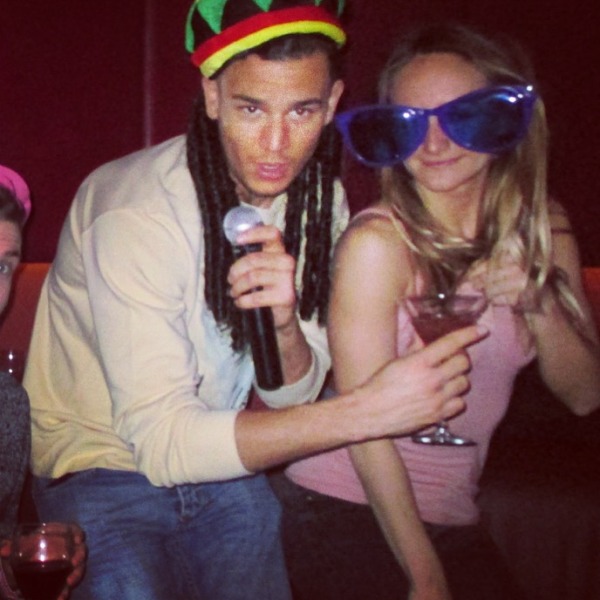 Rushing off to King’s Cross St Pancras to catch a Eurostar? Get there a little earlier and visit the Kings Cross Renaissance hotel upstairs. The Grand Staircase on the ground floor has been used in many British films and videos including the Spice Girls’ Wannabe. 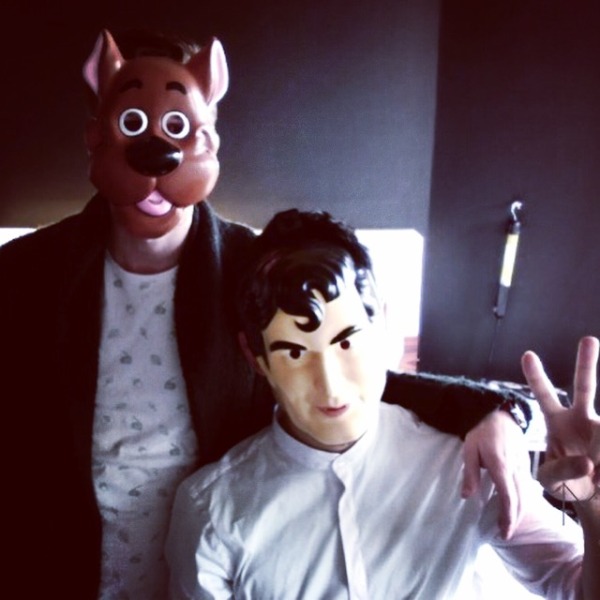 Accommodation: Mama Shelter is probably the trendiest hotel in Paris thanks to its warm quirky design. The graffiti ceilings to the animal masks in your bedroom will make you feel like you’re at an underground art carnival. The rooms are small yet cute, and with all the free goodies on the 27-inch iMac, staying in was almost as tempting as exploring Paris!

Do say ‘oui’ to the breakfast buffet, Mama will feed you well. With rooms starting from just 79 euros per night, we’re glad Mama Shelter is the stylish Parisien secret that hasn’t become overpriced and trashed by the masses.

We suggest one of two iconic museums this morning. The L’ouvre is probably the most famous both for the works inside (there you’ll find the Mona Lisa) and the huge pyramid architecture of the building itself. The Musee d’Orsay is equally impressive. This palace-like structure houses a huge collection of masterpieces including Monet and Van Gogh.

At noon, take a lift up the Eiffel Tower then perhaps some shopping on the Champs-Élysées. If it’s a sunny day, enjoy a beautiful walk along the river Seine leading to its oldest standing bridge the Pont Neuf. Under it is the Île de la Cité, a quiet island in the middle of the river. Perch under a tree with a bottle of French wine and watch the boats go by till sunset.

Close to the Notre Dame tucked away in Les Halles, we recommend dinner at Pirouette, a stunning French restaurant with terrific food, and unusual mixes of dessert.

The Moulin Rouge is probably the most famous cabaret in the world, especially for its Cancan and leggy beauties. The entire 1 hour 45 minute show is a spectacle of feathers, rhinestones and sequins… and even horses and skaters. So magical it feels like a dream and the perfect end to a weeks European voyage. 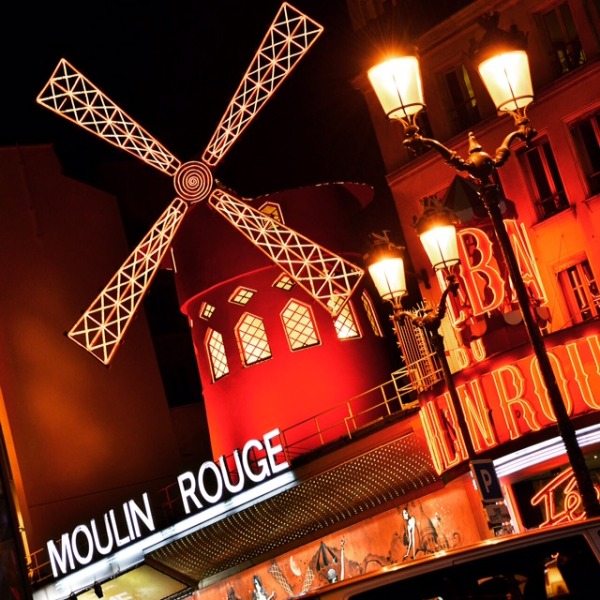 Note: itinerary and reviews consist of writer’s own experience. Details and opening times correct at time of publication, always double check before visiting a suggested venue.

Feature Image: London Eye in the Evening via Shutterstock